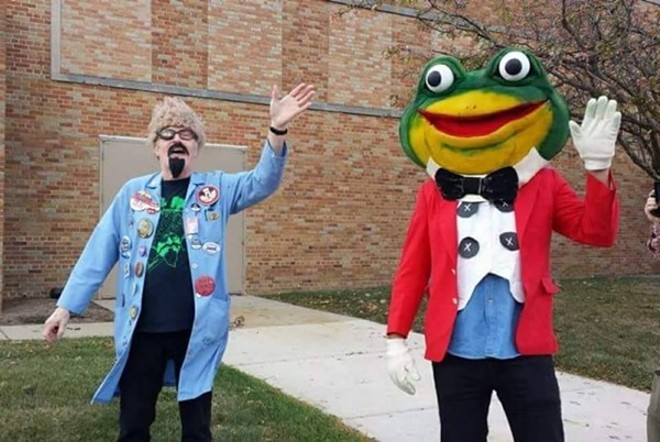 Courtesy of The Ghoul

The horror host on The Ghoul Show was known for his eccentric appearance and adolescent humor, often dubbing B-rated horror films with his own jokes or commentary. The show, which was actually hosted on Cleveland's WKBF-TV, gained an audience in the early-'70s in Detroit when the show was picked up by local station WKBD TV-50.

According to a statement released Wednesday by the Redford Theatre, The Ghoul was scheduled to perform in Michigan in October but was forced to cancel due to health complications.

"He appeared last at the Redford in 2015 and charmed huge audiences with his hijinks," read the statement on Facebook. "We had hoped to have him back this fall."

You can read previous Metro Times interviews with The Ghoul here and here.