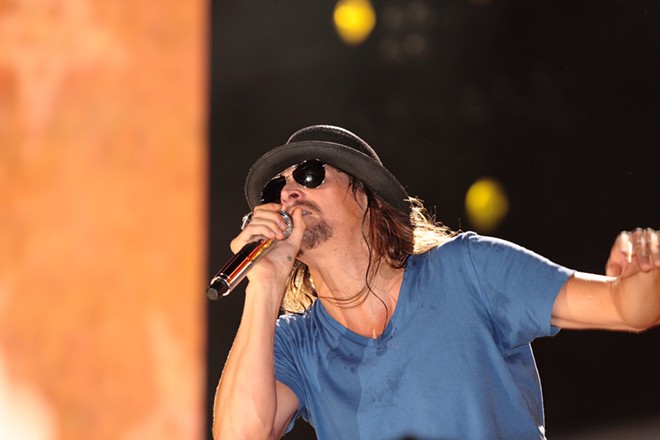 The performer — a Waffle House Legend Award winner, according to a press release, whatever that means — will perform back-to-back dates on Friday, Sept. 16 and Saturday, Sept. 17. Foreigner and Trey Lewis are also on the bill.

Tickets start at $45.50 for lawn seats and go on sale at 10 a.m. on Friday, Jan. 28 at 313Presents.com, LiveNation.com, Ticketmaster.com, and the Little Caesars Arena box office.

The dates conclude Kid Rock's newly announced "Bad Reputation" tour. Last year, he teased that his next record would be a 50-track triple album with a rock disc, a hip-hop disc, and a country disc. Kid Rock also suggested it could be his final tour, InshAllah. (Let's just say his new single, "Don't Tell Me How to Live," a screed against political correctness, isn't his finest work.)