Is Morrissey going on tour and stopping in Michigan? 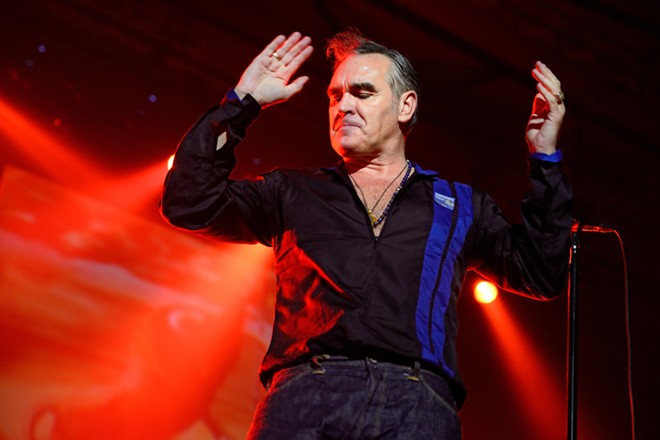 Shutterstock
In case you missed it, your favorite moody as fuck frontman Morrissey joined the Twitter-verse over the weekend, exciting longtime Smiths fans and music afficianados, making us wonder what gems Morrissey could produce in 140 characters or less.


Many on social media speculated that this series of state postal codes could be some sort of upcoming tour schedule. Add this to yesterday's announcement that Morrissey has a new album coming out called Low In High School on November 17 and we could possibly have Morrissey coming our way pretty soon if he doesn't cancel.

As any Morrissey fan knows, the singer is incredibly notorious for showing up to gigs extremely late, or not even at all.

Morrissey has a long history of canceling shows rather abruptly here in Michigan, espicially at the Royal Oak Music Theatre. In 2011, Morrisey was playing at the Royal Oak venue when he ended the show early because the security were allegedly manhandling concertgoers during the show.

Almost a year ago in November, Morrisey was scheduled to perform at the Royal Oak Music Theatre until he canceled the show on the day of because a member of his band was ill. He quickly rescheduled one for December 7, but that date was ultimately canceled as well.

He did however get through his whole set the last time Moz was in town, which was in 2015 at the Masonic Temple, so not all hope is lost.

We will keep you updated if we receive any touring information on Morrissey.