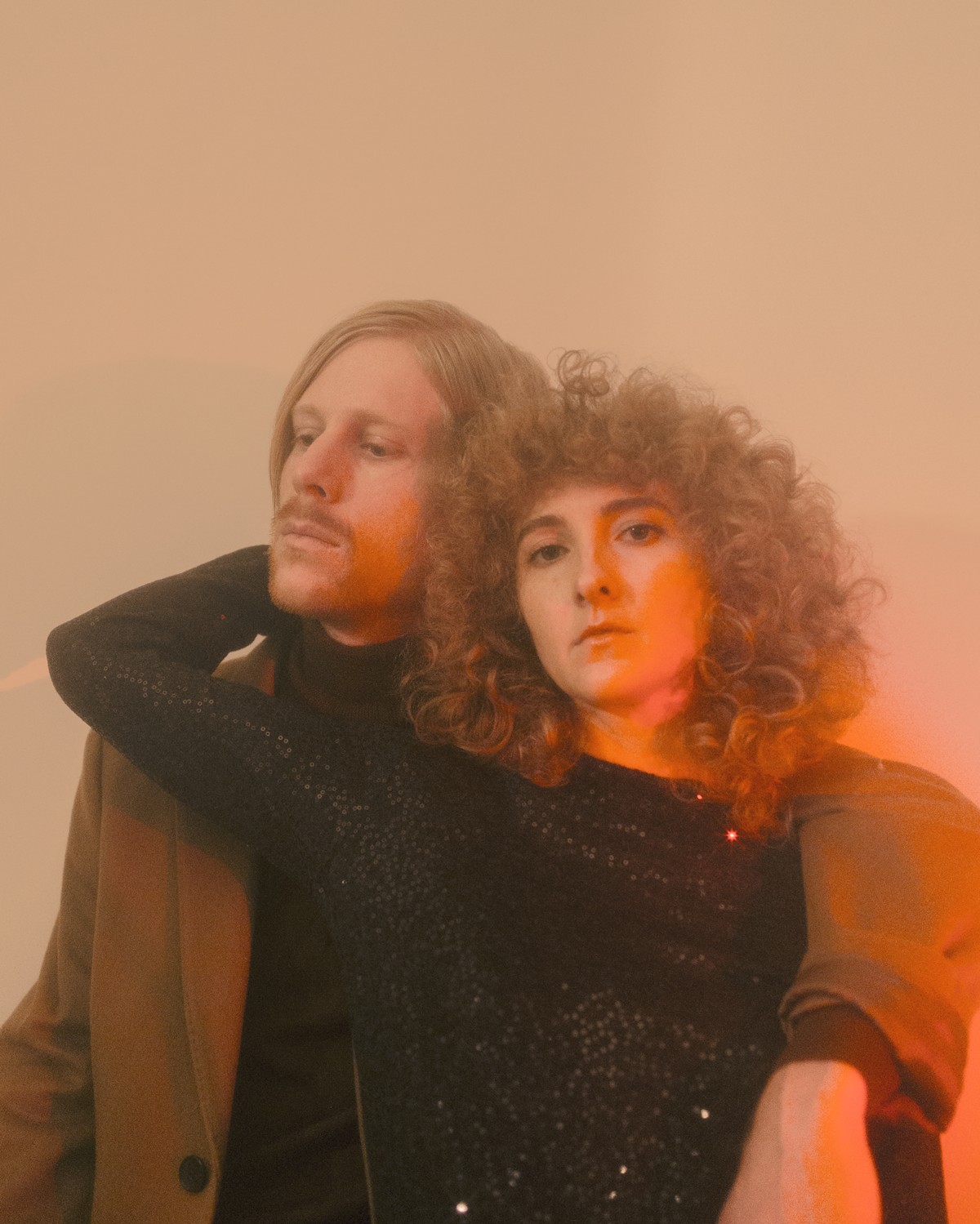 The origin of indie glam duo Tennis is not your typical tale of boy meets girl.

Long before they were husband and wife, and well before they were a band, Alaina Moore and Patrick Riley knew that the rules did not apply to them or rather, they had a strong and mutual disinterest in playing by the rules. The couple have discovered a practical magic that keeps them afloat.

Tennis is most commonly referred to as "the sailing band," and it is this reputation that has become as much of a signature as their devotion to '70s pop whimsy. In the span of seven years, the couple has endured two harrowing sailing trips (both of which are heavily documented and served as inspiration for 2011's Cape Dory and 2017's Yours Conditionally), but Moore is gleeful when acknowledging that their greatest adventure has little to do with music or sailboats.

Though Moore is admittedly reluctant to celebrate the slew of band-related successes in 2017 — namely continuing to grow their label Mutually Detrimental, selling out the Fillmore in San Francisco, touring with the Shins, and peaking at No. 2 on the Billboard vinyl sales charts with their self-released record Yours Conditionally alongside "like, a Beatles re-issue and the La La Land soundtrack" — she admits that for Tennis, it was a special year.

"I feel like, despite what was going on culturally and politically, it was an amazing year full of personal milestones for Patrick and I," Moore says. "I feel proud that I made a political and artistic statement before I knew I needed to. I mean, I wrote Yours Conditionally, a really female-centered and feminist record before the Trump election. I'm proud our most successful record is deeply about womanhood, my identity, and challenges patriarchal conventions like monogamy during what was a pretty abysmal year for women."

The process for Yours Conditionally required Moore and Riley to challenge the Tennis formula while perfecting the tried-and-true methods that have served the band in the past. They left their label and surrendered, once again, to the sea. Yours Conditionally does not drift far from their tendency for nondescript themes of closeness and isolation. What their fourth record does explore, however, is a bit of new territory — growth beneath the surface as Moore and Riley hone their sights on the horizon.

"We knew the quality of our work would go up because we would write from a more joyful place without trying to make someone happy who is, you know, bankrolling your whole endeavor," Moore says. "That freedom was worth it even if it was the the last album we made. Instead it's the most successful record because we did what was right for us."

Moore and Riley, both music school dropouts, met in philosophy class while attending the University of Colorado. Before they married, Moore said that music was not part of their relationship's vocabulary. In fact, they hadn't played instruments in front of one another and had only been to a few live shows together. It wasn't until 2011 when they sold off the bulk of their material possessions, bought a 30-foot sailboat and embarked on an eight-month high-stakes voyage along the Eastern Atlantic Seaboard that their music language surfaced.

"It was very immersive," she says. "We had a rule that there was no captain — it was an egalitarian-run ship. Neither of us knew how to sail. Neither of us had any more knowledge than the other one about anything other than Pat is a better diesel mechanic, but we were both complete novices. After the trip, when we finally found music, it was a weird bonus — like a cherry on top of an already really great thing."

"Pragmatic" is a word Moore uses often to describe both her approach to her musicianship and her marriage. For example, Moore explains that she and Pat have "infinity veto power" when it comes to creative material. As the sole songwriter, she knows that she's on to something if it excites her partner. As for the whole "til death do us part" business, Moore says their relationship is built on quality rather than a belief in forever.

"I feel like everyone is trying to negotiate what part of a longstanding social convention is useful or meaningful to you and what part can you throw away or redesign," she says. "And that's what we're trying to do. It makes us value our marriage so much more, which is why we choose each other over our art."

For a band that is, well, very openly married, it might come as a surprise that they had no intention of getting married. Instead, they made the choice to elope to appease conservative parents. "It was hurting our parents more than it benefitted us," Moore says. "So, I basically just did some utilitarian calculus after years of living together and calling each other life partners and we eloped."

It was a decidedly anti-romantic approach. They didn't prepare vows, nor did they have rings, and they resisted most traditional symbols and constructs of a wedding day.

"The second we were actually married I immediately cried my eyes out and I was like, 'Oh my god you're my husband,'" she says. "It was weird."

Unlike their first nautical expedition, their sophomore voyage in 2016 from San Francisco to the Sea of Cortez was intended solely as a creative jolt rather than a test of the emotional endurance between lovers. While Moore and Riley have become more seasoned sailors over time and more well-rounded musicians with Yours Conditionally, they accept the reality that nothing is unsinkable. In fact, Moore reveals that if she wasn't making music with her best friend, she wouldn't do it at all. She would just write.

"I would never perform or tour, I would just write privately — I don't know what Patrick would do but I think he would just sail around the world on our boat until he died," she laughs.

"Our fundamental code of conduct is that I care about Patrick more than I care about this song, or the record, or this show," she says. "Whenever we reach those tough points we literally say to each other 'I choose you over whatever the other thing is.'"

She continues, "There are many lovers in rock 'n' roll who do not make that choice and I don't think that it's wrong. I just know that's what's different for us. But we really resist the urge to collapse into ourselves into one person."