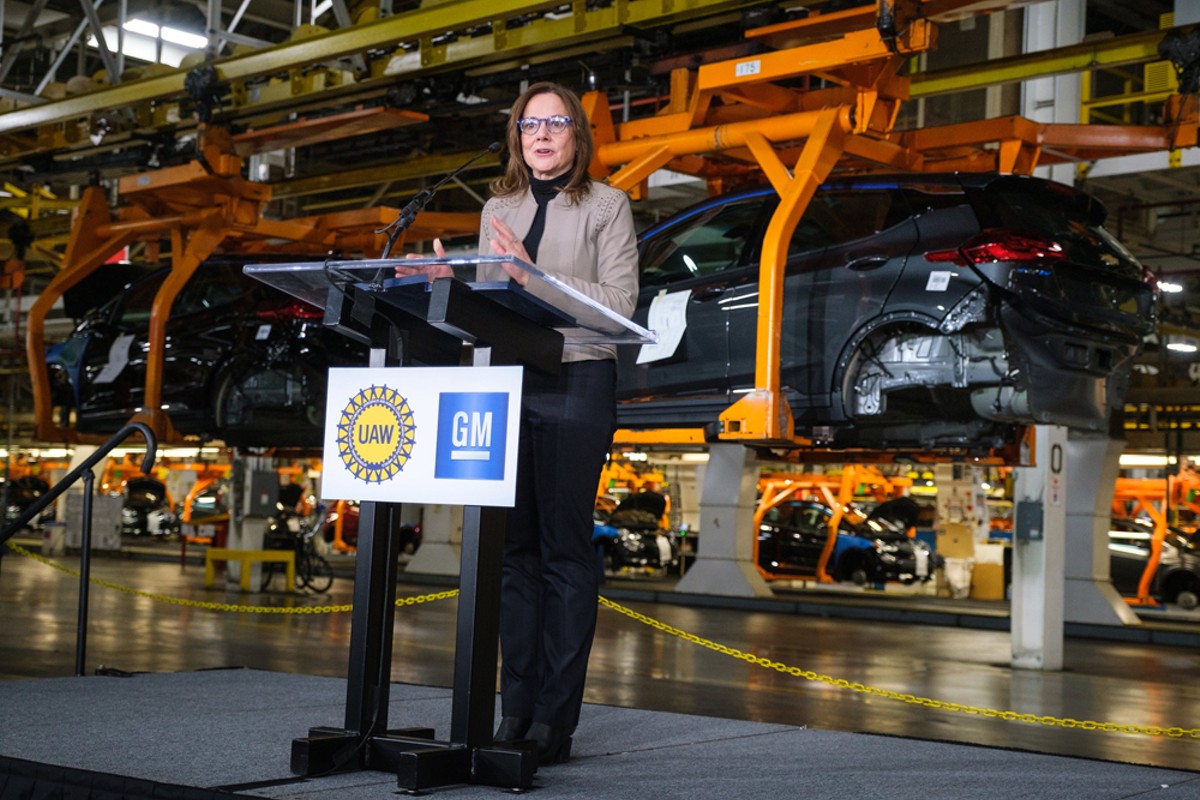 The meteoric rise of the auto industry nearly a century ago created the middle class and placed Detroit at the center of the modern industrial world.

But the automakers eventually became complacent, made bad cars and bad decisions, and underestimated overseas competition. By 2009, General Motors and Chrysler entered bankruptcy. Ford was drowning in debt.

A decade later, Michigan's auto industry has emerged leaner and quicker to adapt to industry changes. Sales have increased. The number of auto manufacturing jobs in the state rose 7 percent from 2014 to 2018. Today, more than 20 cars are made in Michigan.

Analysts say the success of the state's automakers and suppliers will depend on how well they adapt to a rapidly changing industry. The future is being shaped by the rise of battery-powered and automated cars, changing consumer tastes, stricter environmental standards, ridesharing options such as Uber and Lyft, President Donald Trump's reckless trade wars, and the potential of an economic downturn.

"We're 10 years after the crisis and GM/Chrysler bankruptcies and auto sales have been strong," Kristin Dziczek, director of the Labor and Industry Group at the Center for Automotive Research in Ann Arbor, tells Metro Times. "However, we all know that in a highly cyclical industry, what goes up, must come down, and there are starting to be signs of weakness in the market. The technological and business model changes are huge — with a focus on improving fuel economy, greenhouse gas emissions, and not only vehicle automation but also factory automation. New competitors and suppliers are entering the market all the time, which makes for a very dynamic environment for the old guard to remain relevant."

Over the next five years, major automakers worldwide are expected to spend more than $400 billion developing electric and automated cars, according to AlixPartners, a consulting firm. This means retooling factories, retraining workers and rebuilding a supply network.

Unlike in the past, Michigan's automakers are quickly adapting and investing heavily in metro Detroit. Michigan is "fairly well-situated in the industry right now," Dziczek says.

"GM and Ford are seen as technology leaders and many of our state's auto suppliers are on the forefront of developing the next generation of personal mobility," Dziczek says. "Michigan has captured 25 percent of all automaker investment in North America since 2009."

Analysts says it's important for automakers to strike a balance between traditional car sales and the next generation of cars because strong profits will create more money to invest in new technology.

Recognizing the importance of these innovations, Detroit Mayor Mike Duggan played a key role in Ford's decision to create a hub to work on autonomous and electric cars at the long-idle Michigan Central Station and two adjacent buildings in Detroit's Corktown. The $740 million investment is expected to attract 5,000 jobs.

"We are planting a special piece of our company's future in one of the city's great neighborhoods, because we believe in Detroit, its people and what we can build together," Ford chairman Bill Ford said in a statement.

"Not only is the new FCA plant going to bring 5,000 additional middle-class jobs to the city — and give Detroit residents the exclusive first shot at many of them — it's also going to create the opportunity for thousands more related jobs to come to the city in the form of new logistics companies and parts manufacturers," Duggan's spokesman John Roach tells Metro Times.

Since 2014, the city has attracted more auto-related manufacturing and logistics employers to the city, such as Flex-N-Gate, Sakthi Automotive, and LINC Logistics.

"Each of these companies currently has a permanent workforce made up of more than 50-percent Detroit residents," Roach says.

Part of Ford's $11 billion investment in electric cars is taking place at the company's Flat Rock assembly plant, where the automaker plans to add a second shift of workers by 2023 to build battery-powered cars.

With the help of state tax incentives, FCA plans to invest $1.5 billion to retool and expand the Warren Truck Assembly Plant and an additional $200 million on technology and machinery improvements at the adjacent Warren Stamping Plant.

FCA is also linking up with Silicon Valley-based Aurora to develop self-driving platforms.

GM is also investing in its Michigan plants for the next generation of vehicles. Last year, GM announced it will be building production versions of its driverless Cruise AV in Orion Township. At its Brownstown plant, GM plans to build roof modules for its self-driving vehicles.

GM also plans to spend $175 million to build two of Cadillac's next-generation sedans at GM's Lansing plant. At its Flint assembly plant, GM is investing about $150 million to increase production of a new generation of heavy-duty trucks.

At the same time, the company announced its taxpayer-subsidized Detroit-Hamtramck Assembly Plant would be "unallocated" as part of sweeping cuts to its North American workforce. The United Automobile Workers is fighting to keep the plant open; the plant's production was recently extended to 2020.

The union said it's ready for the next generation of vehicles.

"The UAW is committed to preparing our members for the future of advanced mobility," Cindy Estrada, president and director of UAW General Motors Department said in a statement. "Whether it's traditional vehicles or advanced technology, our members are highly capable of delivering great products."

Traditional automakers aren't the only ones investing in Michigan. Alphabet's Waymo, a self-driving technology startup, is leasing and repurposing a factory in American Axle and Manufacturing's campus in Detroit.

"By choosing to establish its new facility in Detroit, Waymo is continuing the city's momentum and further cementing Michigan as a leader in mobility and the epicenter of advanced automotive manufacturing," Gov. Gretchen Whitmer said in a statement in April.

The big investments, however, come at a turbulent time for American automakers, who are worried about the impact of Trump's trade wars.

"Trade uncertainty tops my list of risks," Dziczek tells Metro Times. "While the administration may be identifying real issues with globalization, the unilateral approach will not likely result in more American jobs. By taking on China one-on-one, U.S. companies and consumers are now paying higher prices for Chinese goods than any other country on earth — which advantages production in other countries not facing punitive tariffs from China." Both Ford and GM have said the tariffs have caused their companies $1 billion in losses.

Sales in the U.S. auto industry are also expected to drop 30 percent by 2022, according to a forecast by Bank of America Merrill Lynch.

And with the ubiquity of ride services like Uber and Lyft, many people are choosing not to drive.

How American automakers manage to adapt to these challenges will determine their future success — and whether they can produce more jobs in Michigan.

« From Michigan, with love: 10 great products made in the Great Lakes State   |   Now that recreational marijuana is legal, Michigan’s home-grown cannabis companies are scaling up — and getting vertically integrated »