How Laith Al-Saadi’s 15 minutes is propelling his career 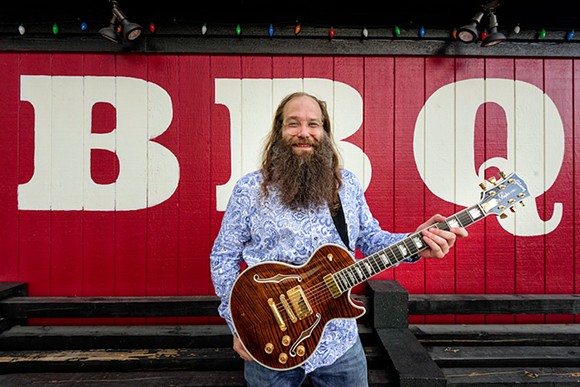 The major label A&R person asks the artist, "Don't you want as many people as possible to hear your music?"

"No," the artist responds. "I just want to reach the ones that will like it."

That's the conundrum faced by any musician trying to carve their niche. Sure there may not be "bad publicity" but it's damn near useless if it doesn't target the right crowd. And Ann Arbor's Laith Al-Saadi knows this dynamic from trying to convert his appearance on televised talent show The Voice to attract new fans of his original blues-based music.

"It's a little of a double-edged sword," Al-Saadi says. "I don't want to be 'The Voice's Al-Saadi,' because I'm not that. People that have come to see me for years know that. But I know even with how much I'm not willing to alter my shows to completely appeal to The Voice watchers that I'm alienating people that think I play too much guitar."

Al-Saadi's been making music for more than two decades, and hasn't worked a "real" job since he was 16. It wasn't because high school didn't prepare him for the future — indeed, Ann Arbor's Community High School did that perhaps too well: The alternative-school's jazz band program under Mike Grace turned Al-Saadi into an earner.

"Mike had us working, playing gigs around town for the rotary club, at hotels, at weddings. We'd play cocktail things... he literally had me working three or four gigs a week," says Al-Saadi. "We knew how to conduct ourselves. We knew how to play a gig, how to be professional about it, and we knew that we could actually make a living playing music. When I turned 16 I got a car and could drive the gear around, and at that point I never looked back."

He fronted the blues band Blue Vinyl, which opened for Buddy Guy, Luther Allison, and Son Seals, among others, and even played in the Netherlands. Though a fine player that double majored in upright bass and guitar at the University of Michigan, singing was truly Al-Saadi first love. He sang in choir and did musicals through high school; that's the origin of the big, belty voice that made such an impression on The Voice.

His friends had actually encouraged him to try out for the show, but it seemed like too much hassle. "I was like, 'Ah man, I'm not going to wait around the building for a couple days to audition, but maybe if they ever contacted me I'd do it," he recalls. "Lo and behold, they contacted me and I got a VIP audition in an email."

Though Al-Saadi didn't fit the mold (or maybe because he didn't), he was able to advance through the preliminaries and earn a slot on the show. He says he would've been happy just to make it through a couple of rounds, but he made it all the way to the final round where he was competing for a major label contract.

If he'd "won," Al-Saadi would've been committed to a 360-degree deal with Republic Records, giving them not just a cut of everything he releases, but his touring and merchandise profits as well. Given the history of major label deals, Al-Saadi wasn't confident that would work in his favor, and he says he was sort of happy losing as he did.

Along the way his third album, 2013's Real — recorded with esteemed studio pros Jim Keltner, Jimmy Vivino, Leland Sklar, and Tom Scott — rose to top the iTunes blues charts for eight weeks, after The Voice's Pharrell told viewers to check out his music several weeks into the competition. Al-Saadi's previous two releases, 2005's Long Time Coming and 2008's In the Round, also saw a sales boost.

"The exposure was great and I don't know what else I could've done at this stage in my life to have that kind of career boost, and something that was that fast," he says. "If I have 100,000 fans around the country that's going to be a good career for me. The problem is most of these people are going to be happy if they see me on TV by chance, but they're not necessarily going to come out to see me."

That's one reason why Al-Saadi stayed in the classic rock vein for his song selections on The Voice, though his tastes run much wider.

"I had kind of established a group of people that expected me to do blues rock and so that played into it too," he says. "I didn't want to lose the people that were saying, 'Finally, somebody that's doing the music that I like on the show. And there is so much good stuff in that lane; I did just kind of stay there." 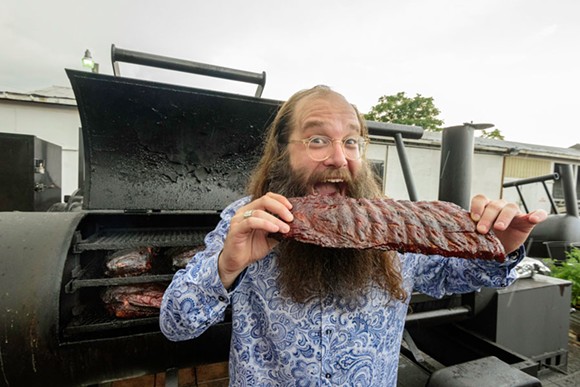 He'd considered pulling out some classic Tin Pan Alley pop such as Hoagy Carmichael or perhaps Frank Sinatra, and it still nags at him.

"If I have one regret, it's that I should've done that at some point just to show versatility. To say 'I'm not just some growly guy.' People seem to think I just belt out everything.

"I'm a pretty nice clear-tone baritone as well," he says. "At my first audition I had done a Sinatra tune and, to be honest, I was guided in the direction of doing that as my blind audition because of the look they'd get if the judges turned around and saw this fat, hippy, hairy guy singing jazz."

Al-Saadi has leveraged his 15 minutes of spotlight into sold-out shows across the country in places he'd never played before. It's a big break that begets additional questions.

But about one thing he's sure: "Of all my studies of philosophies and aesthetics, I think the most important thing about art is authenticity," he says. "That's been the one thing that's always been non-negotiable about me."

Updated 10:43 a.m., Wednesday, July 12: An earlier version of this story incorrectly stated Al-Saadi dropped out of high school. We regret the error.