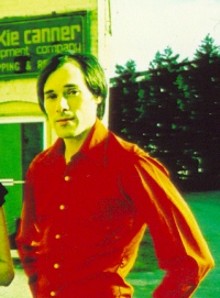 Born in the aftermath of a failed romance to a Montreal woman, Of Montreal is the vehicle for Athens, Ga., native Kevin Barnes’ unclenched sense of melody and lyrical flights of fancy. The band emerged from the Elephant 6 collective (Apples in Stereo, Olivia Tremor Control) in the late ’90s and is the most enduring act from that loose coterie of pals. Where many of his peers oozed similarly minded neo-psychedelia before running out of gas, Barnes’ writing continued to improve, largely inspired by Magical Mystery Tour’s shimmer, Pet Sounds’ harmonic warmth and the psych-folk madhouse of Syd Barrett-era Pink Floyd. In 2003, band member changes and the demise of his label, Kindercore, energized him — two of his best releases ever ensued, 2004’s Satanic Panic in the Attic and this year’s wonderful The Sundlandic Twins. We aren’t sure if Kevin Barnes was feeling shitty when we asked for this week’s monomanias, but he certainly was preoccupied with brown matter. Then again maybe that’s just his uncontrollable whimsy.

5. The Cleveland Browns: I’ve always been a big Browns fan, and I’m excited for the season to begin.

4. Larry Brown: I’ve also a big Pistons fan and I’m bummed he’s not going to be coaching there next year.

3. Charlie Brown: I really like Charles Schulz and he’s kind of an inspiration.

2. Brown Mark: He was a guitar player in Prince’s band in the ’80s. I thought he was really cool. He’s in the “1999” video wearing his headband with the Japanese red sun on it.

1. Chad Brown: Just to come full circle, back to football.