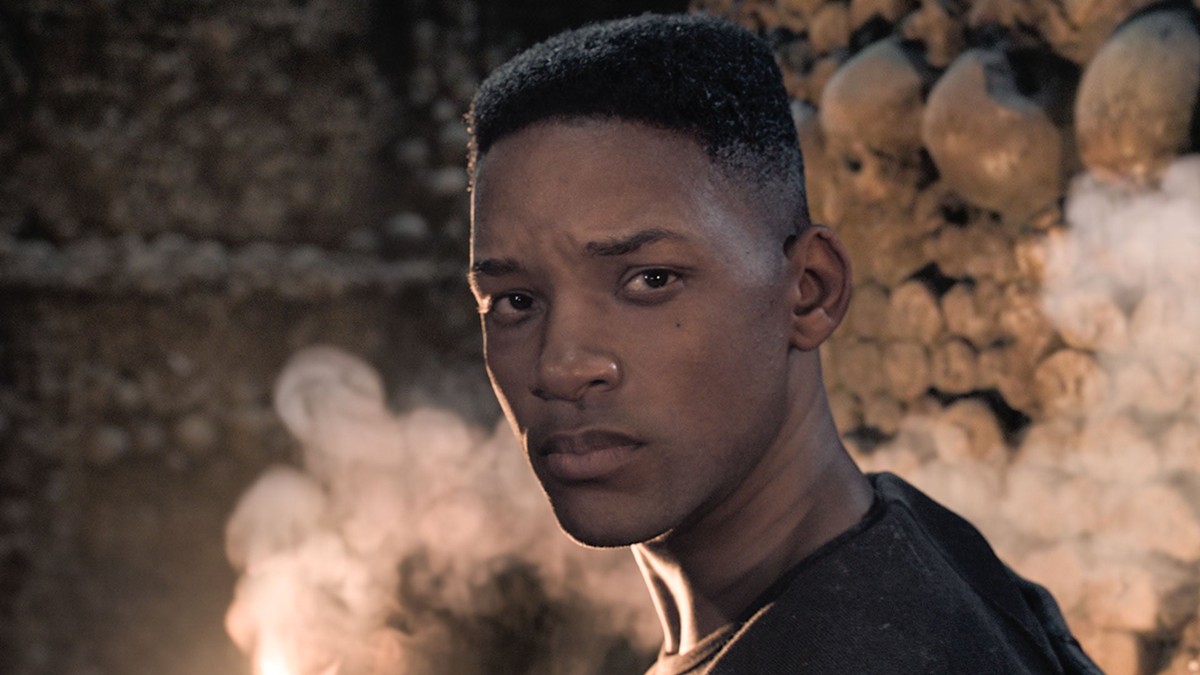 Will Smith plays both an assassin and his younger clone in Gemini Man.

If I met my younger self, I’d want to slap him — a sentiment I assume to be relatable, but one that doesn’t play out in Gemini Man. Here, the dynamic’s inverted: Will Smith plays Henry Brogan, whose 23-year-old clone (usually called “Junior”) is dispatched to off Senior within days of the older’s retirement as a professional assassin. The gimmick, turning swiftly standard thanks to modern VFX — the script in some form has been circulating since 1997, contemporaneous with Face/Off’s release — is that both characters are played by Smith himself, de-aged with CGI for his younger iteration, with whom the older Smith often shares the frame.

When confronted with the assassination attempt, Senior’s most striking response is not his measured attempt at retaliation but his gesture afterward of self-love. When Danny Zakarweski (Mary Elizabeth Winstead), Brogan’s nominal love interest, asks if he noticed anything odd about Junior, Senior replies that Junior “looked really good” before noting their facial similarities, visible even when partly masked. Though the situation is understandably, deeply weird, Brogan’s instant admiration of this younger, hostile, and deadly reflection is hard to grasp — a struggle that owes more to the script’s flaws than his dull, recitative line readings. Brogan’s relationship with the quite charming Zakarweski is weirdly sexless, less romantic than it is parental — they never do so much as kiss. We’re meant to believe he’s a nice guy with his wooded Georgia refuge, his bonsai trees, and his boating habits, but his kill count and his beguiling, neutered status gesture toward the opposite; like most rich sellouts, his manners are polished but his sole allegiance is to himself.

This all climaxes weirdly in what’s meant to be a straightforward emotional story but remains, by its nature as a high concept, too strange to be one — a fact the movie never acknowledges. We’re treated in viewing to the sight of Brogan embracing his conflicted younger self (a trained assassin, but OK) spouting tears through bloodshot eyes; later, we bear witness to the clone’s handler and adoptive father, Clay Verris (Clive Owen), pep-talking Junior, again in much the same fragile state. It’s impossible to watch this episode without imagining Smith, a man of 51, blubbering to Owen (just two years older), calling him Dad: an image we’re very nearly seeing. Though pitched in marketing as a sort of ego-driven confrontation between a man and his own past self, Gemini Man proves in actual fact to be more of a custody battle between Owen’s character and Smith/Senior, pitched over Little Junior’s fragile soul, making for a narrative that stumbles upon implicit queerness in a way the script’s afraid to respond to or acknowledge.

This conflict carrying the movie’s weight — above the film’s action (occasionally strong), its straight romance (hardly present), and its wacky plot (much potential) — feels, as a creative move, fairly witless, recasting Ang Lee as a director mired in a state of seeming obliviousness regarding how his story reads. (This isn’t helped by the movie’s screamingly obvious product placement; its blandly high-key lighting; or its sitcom-like, solidly colored interior sets — all of which appear to date it to around the time it was originally scripted). Gemini Man is, throughout its corpus, cursed with an artificial smoothness. There’s not a polish or buff that would show some trace of effort; instead it’s a movie that, like so many of our time, feels poured into a mold. Like Smith’s de-aged face, it has an unreal gloss to it, failing to take light the way something truly human would.

I’m reluctant to be dogmatic, but I’ll propose a maxim here: no movie should completely lack a sense of humor, at least about itself. Humor suggests an awareness that makes a script or work more limber — and though there are jokes here, there’s no evidence of genuinely felt irony or even amusement, nor are there swears, gore, or any other feature that viewers might be anticipated to find abrasive. What is abrasive in actual fact is a film whose makers fail to make light or weird of its own odd story in a situation in which they absolutely have to. With a story whose plot revolves (again) around questions of who gets to be Will Smith’s daddy, you simply cannot play things straight. For this reason above all else, it doesn’t matter who takes custody of Junior or Senior, or what happens to Zakarweski or anyone else. Long before its story’s finished, Gemini Man slaps itself.

« 'Birth of the Cool' is an uncensored analysis of jazz genius Miles Davis   |   'Zombieland 2: Double Tap' sticks to its guns »

Speaking of Gemini Man, Will Smith