Four lessons from a year we’d rather forget 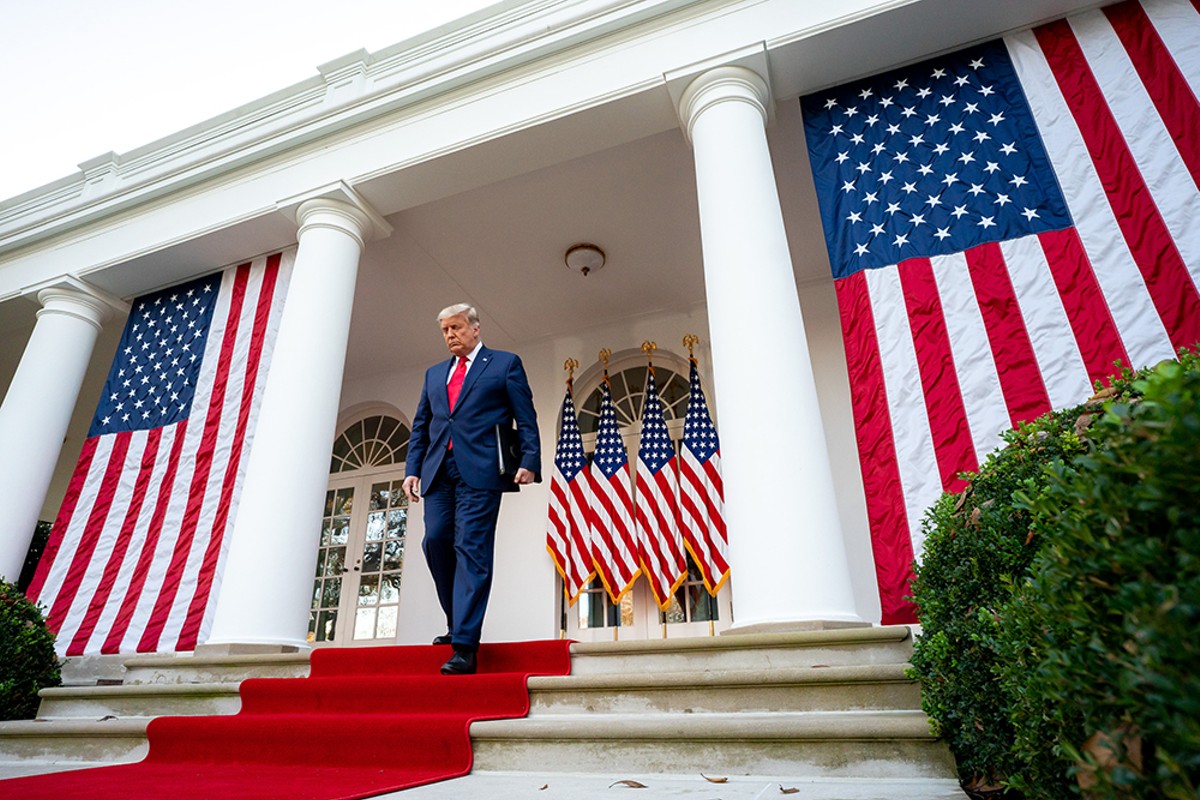 2020 was a bad year for America — and for the American experiment.

If you'd told me it took 300,000 deaths and more than 20 million lost jobs to get that result — and that Trump would come within 50,000 votes of winning the Electoral College anyway — I'd have been unnerved.

If you'd told me that Trump would invent an election conspiracy and half the Republican Party would sign on to his coup, I might have moved to Canada.

But here we are.

As we depart the hellscape of 2020, there are four important (if sobering) lessons I think we'd do well to remember — warning signs that, while we dodged a bullet, our democracy and institutions are weaker today than they were 12 months ago. The scourge of illiberalism hasn't been vanquished. Until it is, our century's defining challenges — climate change, socio-economic inequality, systemic racism — will likely go unmet.

1. Authoritarianism is more attractive than we admit.

Despite a crushing economic collapse and a criminally mismanaged pandemic — and before that, the administration's cruelty, lies, corruption, and ineptitude — 74 million people wanted four more years of Donald Trump.


You can chalk that up to polarization and incumbency. But there's another explanation we mustn't ignore: Authoritarianism sells.

For those who lost faith in institutions and felt left behind by rapid social and economic changes, Trump's order-versus-chaos, us-versus-them bombast offered morally unambiguous answers to complex problems. He convinced his base — often working-class whites — that his enemies were their enemies, that he and they were the victims of scornful cultural elites. On Election Day, they turned out in droves.

Trump improved his standing in immigrant neighborhoods and among people of color, too — Latinos and Blacks aren't immune to authoritarian appeals — but he got swamped in diverse, educated cities and suburbs, where his atavistic populism proved to be Joe Biden's best friend.

Still, Trump won 47% of the vote with the world falling apart. Imagine what a more competent demagogue could do.


Whether Republicans believe the fever dream or fear mean tweets is irrelevant. The point is that, over the last four years, the GOP has morphed into an authoritarian cult of personality. The post-election sedition was just the cherry on top.

But the party's descent began before Trump, and it will continue after him. It's not Burkean. It's Hannitized: radical and oppositional, angry and conspiratorial, dismissive of opponents' legitimacy, and unmoored to any ideology beyond owning the libs, accumulating power, and cutting taxes. It rages at the enemy du jour — the deep state, antifa, China, Hunter Biden, whatever — but has become so intellectually bereft that it no longer competes in the marketplace of ideas. Instead, it invented its own reality.

3. There's no price for shamelessness.

In 2013, as the U.S. clawed back from the Great Recession, House Republicans brought the world economy to the brink by manufacturing a debt crisis. Four years later, with the GDP growing and Trump in the Oval, they voted to give the wealthy a trillion-dollar tax cut. Now, with Joe Biden taking the reins, deficits are a problem again, though the country is facing a dark winter of COVID deaths, evictions, business closures, and layoffs.


So we can't have $1,200 stimulus payments and $600-a-week unemployment supplements and aid to state and local governments. We get piddly-ass $600 checks, a few weeks of $300 unemployment assistance, dark money loopholes for special interests, and a tax break for three-martini lunches that Democrats traded for expanding a tax credit for poor families. Tough luck, cities!

Republicans realized something about politics in a polarized era in which conservatives get their information from an echo chamber: There's no price for shamelessness. Hypocrisy, either — which the Amy Coney Barrett confirmation neatly illustrated. Norms mean nothing. Power is the only currency. If you have it, use it.

4. The system is broken.


Whatever logic there is behind this strategy exists only because of the undemocratic nature of our democracy. Biden won by more than 7 million votes — 4.5 percentage points. Senate Dems will represent between 20 million and 41 million more Americans next year than Senate Republicans, depending on the outcomes in Georgia. And House Democrats earned 5 million more votes than House Republicans.

Yet Biden squeaked by in Arizona, Wisconsin, and Georgia, which together had enough electoral votes to hand Trump the White House. Senate Democrats will either be in the minority or clinging to a 50-50 split. House Democrats barely kept their majority.

The country isn't conservative. But by bestowing outsize power on white rural voters, our anachronistic system has deceived us into thinking it is. In turn, that's fomented an almost Jacobin cycle of Republican radicalization while constraining policy options. We don't do what needs to be done. We do what those in the empowered and entitled minority deem acceptable, then praise them for giving us crumbs.

The wider the gap between the necessary and the possible, between what the people want and what the government provides, the more imperiled the American experiment will become.

Get more Informed Dissent delivered to your inbox by subscribing at billman.substack.com.