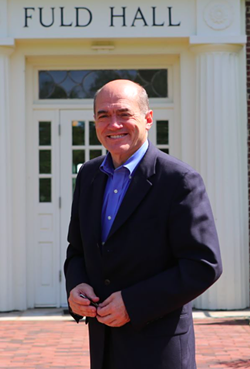 When Flint native and University of Michigan alum Steve Mariotti began teaching underprivileged students business skills in New York City after leaving the corporate world, his view of the profession changed forever. Mariotti, who comes from a family of teachers, found himself granting agency to students who were once deemed helpless by their school as part of his entrepreneurship.

His experience is highlighted in his new book, Goodbye Homeboy: How My Students Drove Me Crazy and Inspired a Movement, which he wrote with Debra Devi. The book follows his experience teaching and going on to found the Network for Teaching Entrepreneurship, a nonprofit that worked to expand business education in America.

“Street smarts equals business smarts,” Mariotti tells MT. “That’s what the message of the book is.”


Mariotti started teaching after he was mugged in front of his girlfriend. The experience, he says, inspired him to throw himself into situations out of his comfort zone, like teaching. 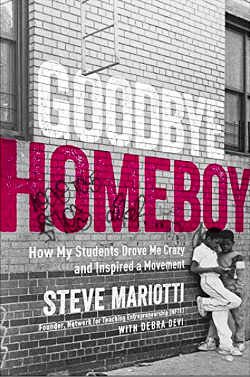 Additionally, Mariotti says he found himself falling in love with the profession. Though he sometimes felt powerless as a teacher, he found a niche focusing his lesson plans around economics and money. He was then convinced by a fellow teacher to take a group of teenagers expelled from their schools and teach them business and entrepreneurship.


Doing this, he says, launched the movement that became the Network for Teaching Entrepreneurship. As founder, he pushes to expand business education around the world. Ultimately, Mariotti says he hopes his book serves as a reminder of the power of education.


Goodbye Homeboy was released on Aug. 6 and is available for purchase online. Mariotti is planning a book tour, including stops in Ann Arbor and Flint.