Rocker lends a hand to Michigan. 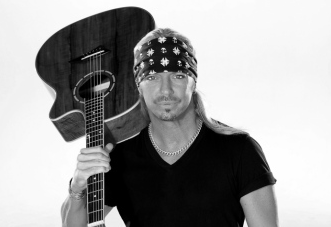 Bret Michaels is best known as the frontman for bubblegum glamsters Poison, though he’s also a reality TV star now, and he has his name on cologne. What you may not know is that he’s currently on a tour dubbed “Rock for Jobs,” with proceeds helping to fund Goodwill Industries of Greater Detroit’s mission to put metro Detroiters back to work through job training and placement programs. Whoda thunkit?

1. What drove you to embark on this Rock for Jobs tour?
Here’s the first reason: I do quite a few shows like this where I combine the ability to put on a great rock show and be able to give money back to that exact community. Number two, and probably the most important: From the very beginning of my career, Detroit has been such an amazing city with friends and fans, and now three generations of great fans. I get to play music, which is what I love to do, and we can combine it with dumping all the proceeds back into the city.

2. Do you have any particular memories of Detroit?
Last year, I got to play with Poison. We went to the DTE Energy Music Theatre. We get to play the amphitheaters and arenas. We’ve done that for the last 27 years of our career. The first time I ever played Detroit, I played a small club in the late afternoon called Blondie’s. I bought a case of beer from the bar with the only money I had left to my name, and I set it at the front of the stage. People didn’t know anything about us, we were playing all originals. They all came up and got a beer, and I’m still friends with some of these people for life. They came up and got to enjoy beer and listen to our music, and it was great. The next big moment was when I got to play the Palace in Detroit, when they opened that up. To be able to walk into that amazing arena and play music was a great day. The fans, they know how to have a great time and how to party. I’ve been in Detroit many times to see Dave Matthews play. I’ve seen Jimmy Buffett in Detroit, and we recorded “Margaritaville” together up there.

3. What can we expect from your set?
The most important thing is the energy, the party and the passion that I bring. It’s going to be three generations of great fans rocking. I put on a great show. I light it up. I make it fun, and also at the same time I get to play all the Poison music and all the catalog of my solo stuff. I mix it all together. When you see the show you’ll leave there going, “That was a rock show. That was a party. I had a great time.”

4. You have cologne now?
I’m sort of a mad scientist. I create stuff. I have a PetSmart line of pet toys. I put it out and hope that it’s successful. Roses and Thorns, the cologne officially kicks this coming week.

5. Following this tour, what’s next?
More touring. I kicked off 2014 with sold-out shows in Battle Creek and Sault Saint Marie and haven’t looked back.

« Joey Santiago of the Pixies   |   Five questions with Richie Ramone »