It’s hard to believe that at age 23, internet sensation Lil Nas X has already gone platinum many times over, won Grammys, and broke racial and historic barriers — he came out as gay while his hit “Old Town Road” was topping the charts, becoming the first artist to do so — all before ever embarking on a full-fledged tour of his own. (Thanks, pandemic.) That all changed on Tuesday, when the rapper and singer born Montero Hill launched his first-ever world tour in Detroit.

The tour kick-off was originally slated for Detroit’s 2,900-capacity Fillmore, but due to popular demand was moved to the larger 5,000-capacity Fox Theatre, with a second show added on Wednesday.

The “Long Live Montero Tour” is presented as a play in three acts, complete with a printed playbill handed out in the ornate theater’s lobby that included the full cast and crew credits. In a hand-written letter included in the program addressed to “ladies & gentlemen & nonbinaries, and bottoms,” Lil Nas X, who grew up outside of Atlanta, described the play as “about my journey, what I’ve been through, me being out of breath while performing and my aspirations to continue on my path in life.”

As anyone with an internet connection likely knows, Lil Nas X’s career exploded in 2019 with “Old Town Road,” a rap-country earworm that combines a Nine Inch Nails sample with sing-songy lyrics about horses and tractors and the ultimate kid-friendly refrain: “Can’t nobody tell me nothing.” The track exploded on TikTok, inspiring people to transform into country versions of themselves as part of the “Yeehaw Challenge,” and even sparked a debate about racism in the music industry when Billboard pulled it from its Hot Country Songs chart for not being country enough.

In that spirit, many fans showed up at the Fox Theatre in various combinations of glittery cowboy hats, fringe, and boots, but the queer country music shtick is just a small part of Lil Nas X’s image and music. A video backdrop featured graphics that looked like they could be from a ’90s-era computer game with a far-out technicolor Louis XIV vibe, and another recurring visual motif was that of a butterfly, with Lil Nas X rendered as a fairly-like creature emerging from an alien-like chrysalis. But for as out-there as his visuals are, much of the rest of Lil Nas X’s set is cast in more of a straightforward pop rap sound.

As far as “Long Live Montero” is a “play,” it’s only loosely. There are assorted references to Lil Nas X’s life — like videos depicting the social media frenzy that “Old Town Road” sparked, or a flashback to a young Montero Hill in a church pondering his sexuality — but there is not much in terms of dialogue. It’s more of a phantasmagoria of sights and sounds that don’t necessarily overtly connect with each other, and at times the transitions could feel a bit abrupt.

Fittingly, “Old Town Road” appears at the end of Act I, with Lil Nas X joined by muscular backup dancers before segueing into an interpolation of Ginuwine’s “Pony.” With just an EP (2019’s 7, which received mixed reviews) and an LP (2021’s critical and commercial success Montero) to his name, Lil Nas X’s setlist was padded out with taped tracks like Beyoncé’s Renaissance banger “Pure/Honey,” Missy Elliott’s “Get Ur Freak On,” and even Dick Dale’s surf rock classic “Miserlou,” which saw Lil Nas X playing air guitar.

But the anti-climatic climax came in Act III, when Lil Nas X donned a pair of flapping butterfly wings. It seemed like a moment primed for Lil Nas X to say something heartfelt, but when given the spotlight, he didn’t seem to have much to say. “On a serious note, who’s of consenting age and want to fuck tonight?” he said, before quickly following up with, “I’m kidding, I’m kidding, I’m kidding!” He added, “I’m bad at public speaking,” before tacking on a tired “What’s the deal with airline food?” joke.

Then again, that’s the same sort of brand of zany irreverence that helped make Lil Nas X a household name, and his fans ate up every crumb, singing along, twerking (after Lil Nas X commanded everyone to “shake their ass”), and, of course, recording clips on their phones.Besides, as Lil Nas X made clear on ‘Old Town Road,” can’t nobody tell him nothing. —Lee DeVito 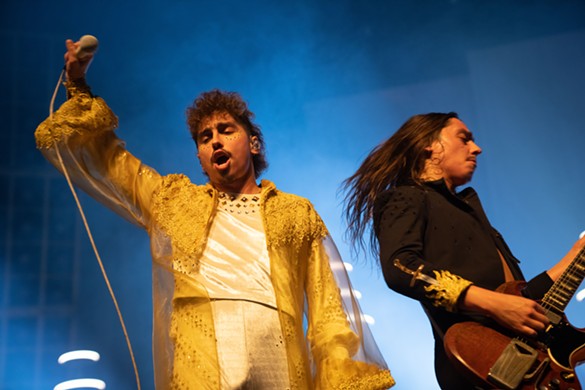 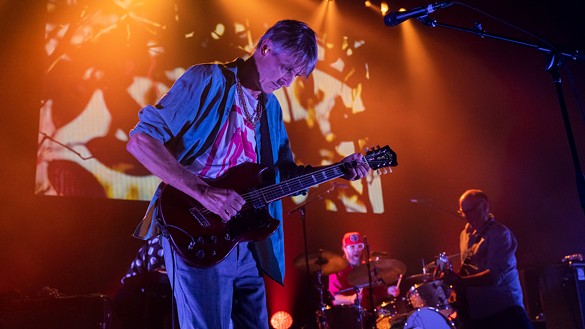 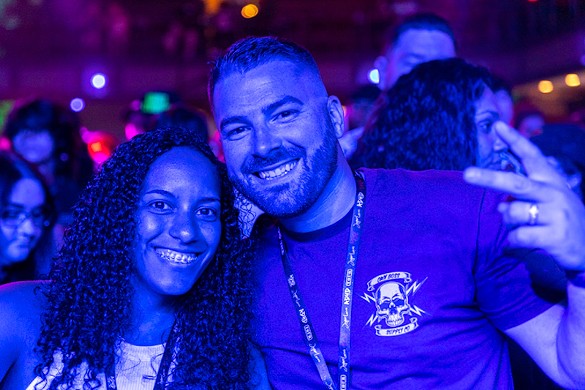 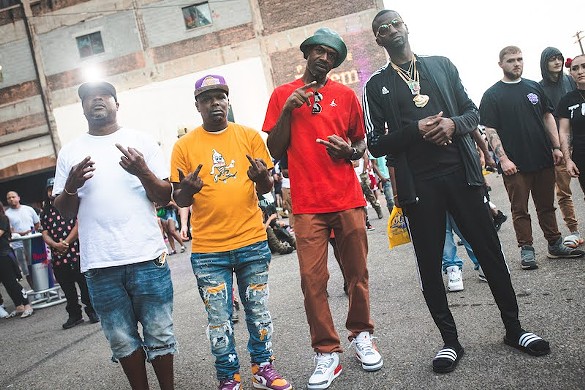 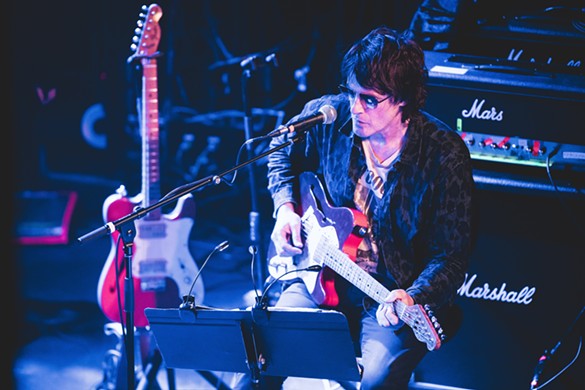 Emo kids rejoiced as the Black Parade finally made its way to Detroit on Tuesday night. After two years of postponing their… 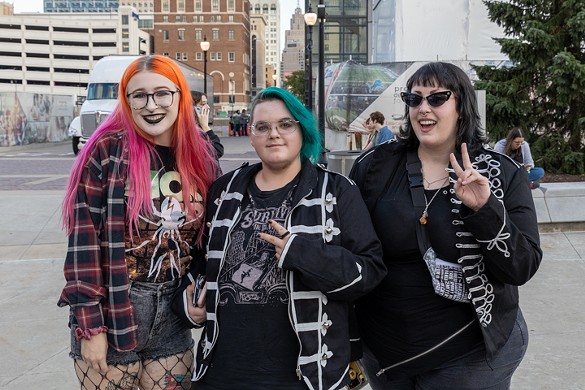