How a Coloradan chose the Mitten to make his juicy jerky. 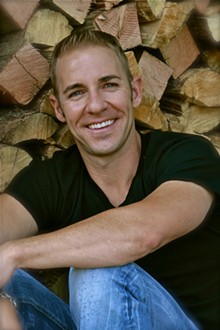 Lifelong Michiganders may not give it much thought, but jerky is kinda huge in our state. Any trip “up North” will prove that Michigan abounds with small-town general stores and roadside stands that have a heaping helping of jerky for sale, made of not just beef but venison, elk, turkey and much more. In fact, it’s fair to say the state has a vigorous and creative smoked meat culture, from the jerky selection up at the Dublin General Store down to the smokehouses of classic Detroit barbecues.

Among those visitors who’ve taken a shine to Michigan’s protean protein scene is Justin Havlick, founder and CEO of Duke’s Small Batch Smoked Meats. Havlick was so taken with the state’s identification with craft-cured meat, he chose Macomb Township as the site of his small-batch factory three years ago. He invited us to come by and visit the plant, and excitedly gave us the lowdown on why Michigan made sense.

When we arrive at the plant, where more than 50 employees perform the labor-intensive process of small-batch smoking, we’re pleasantly surprised to see that he is, in fact, the guy on the package, ball cap, work shirt and all. “Yup,” he says, “it’s me! I am that individual. My hands are in the recipes every day.”

Havlick isn’t giving us some rehearsed marketing ploy. The Coloradan grew up loving jerky, and recalls visits to his father’s cabin in the hills outside Boulder. Along the way, they’d stop at a jerky stand in a canyon, where the young Havlick would go hog wild.

“It was one of my favorite memories growing up,” he says. “Hopping out of the car, running across the street and rummaging through the different types of jerkies and asking 1,001 questions on how you make jerky properly, whether it was elk, buffalo, venison or beef jerky.”

In 2004, he started smoking jerky in his backyard smoker and sharing it with friends. “Batch by batch, they became more popular as I was playing with recipes and kind of tweaking them, purely from a hobby standpoint,” he says. “Over time, people started to ask for more and more of the product, and I started the process of distribution in a small way, store by store, until it grew to the level it’s at today.”

We have to ask, was our state’s beef jerky identity really potent enough to merit locating here? Havlick makes no bones about it.

“Big time,” he says. “Michigan is a big place for a variety of smoked meats and jerky products, with a lot of manufacturers out here. A lot of the smaller, boutique places are making some great stuff. It reminds me of south Texas a bit in the diversity of all the different flavor profiles, the types and styles of jerky that you see here in Michigan, which is part of the reason we love being here. It’s great to be surrounded by the culture of making great smoked meats.”

He compares the rise of Michigan’s craft food scene to the rise of the state’s beer culture, and sees it as all part of meeting a growing demand for food that’s made the old-fashioned way, in small batches, with natural ingredients. Such back-to-basics food is something urbane consumers out West pay a premium for, and something rural Michiganders never quite got away from.

As Havlick puts it, “The natural food segment is growing and growing back in Colorado. From our standpoint, it’s a great cultural movement that’s happening within jerky. We’re seeing more and more people who want to make jerky at home again, working on new artisanal recipes and different ways of jerking different types of meat, like turkey or pork, venison and other games too. We’re seeing this even in some of the urban environments, where people are buying dehydrators and making jerky at home. It’s pretty cool.”

So how do you make craft, small-batch jerky in a factory? Well, perhaps the term “factory” is misleading. The smokehouse facility is much smaller than most large processors. The meat is carefully cut, almost filleted, to tear away in strips, unlike the clumsy chunks of food-service jerky typically available at gas stations. After marinating in natural ingredients, it’s exposed to heat and hardwood smoke; larger processors would likely use liquefied smoke resins instead.

Of course, these “small” batches can run as much as 250 pounds, but each batch is loaded onto racks and placed in an individual oven as big as a tool shed, where it’s monitored individually for temperature and moisture content. That’s a far cry from wet meat going in one end of a mammoth machine and being spit out the other side as an industrial food product.

“There’s a craft component here that we choose not to deviate from,” Havlick says. “People might say, ‘You’re crazy! You can automate it and you can make more margin.’ But at the end of the day, we’re interested in making a fair margin, but producing an outstanding product. So, the difference is exactly that, it’s the craft of smoking it batch by batch, where we can circulate the right amount of smoke, the right amount of heat and humidity across the entire rack of jerky, just like you would like to in a small-batch process.”

Havlick gets animated talking about smoking, so we head to the smokehouse. We don hairnets and sterile garments and cross the threshold when the smell hits us. The air is infused with the woodsy aroma of a guttering hardwood campfire. Havlick’s eyes light up. “It’s one of my favorite smells. Smoking is my favorite segment of the process, and probably the most interesting,” Havlick says. “We feel that there is a genuine-ness to actually doing it the backwoods way, if you will, which is delivering an actual smoke process to the meats in real time.”

Here in the heart of the facility, the “cook cycles” are really four to eight-hour dehydration cycles, typically never exceeding 170 degrees. In this sense, it’s very modern, with a bay of devices on the wall registering the humidity and heat of each cook cycle, recording it with electronically activated pens on paper disks.

And the ovens aren’t filled with churning smoke. The smoke from the chips goes through a process that filters out the undesirable volatile substances. We ask him if that’s sort of like a vaporizer. (He’s from Colorado, right?) He pauses a second, smiles knowingly and agrees with our comparison, all but winking.

Havlick also shows us the drying room, where perhaps several days’ worth of batches of miniature sausages are drying in a state-of-the-art room that controls airflow and temperature. It’s a long way from a smokehouse in a Colorado canyon, but we can see that the natural principles hold, if the practices are given mechanical precision. The proof, after all, is in the pudding. We’re offered a little craft sausage and give it a try. It offers a satisfying snap, and tears away reluctantly. It chews a little tough at first, then gives way to a light, almost crumbly consistency that’s free of the fatty emulsions and greasy mouth-feel of shrink-wrapped meat product. We declare it excellent.

It’s a fun visit, and Havlick is a fast-talking, excited, almost breathless host, delighted to talk up the products he’s obviously proud of. And he hasn’t mentioned taxes, work rules or any of the buzzwords businessmen are supposed to be obsessed with. To all appearances, he just thinks our state has a great meat culture and is proud to have it produced here.

Could Michigan go from being known as the home of some of the world’s largest industrial corporations to a grand bastion of craft food and drink culture? Weirder things have happened. If entrepreneurs like Havlick have their way, ever-tastier things certainly await us all.