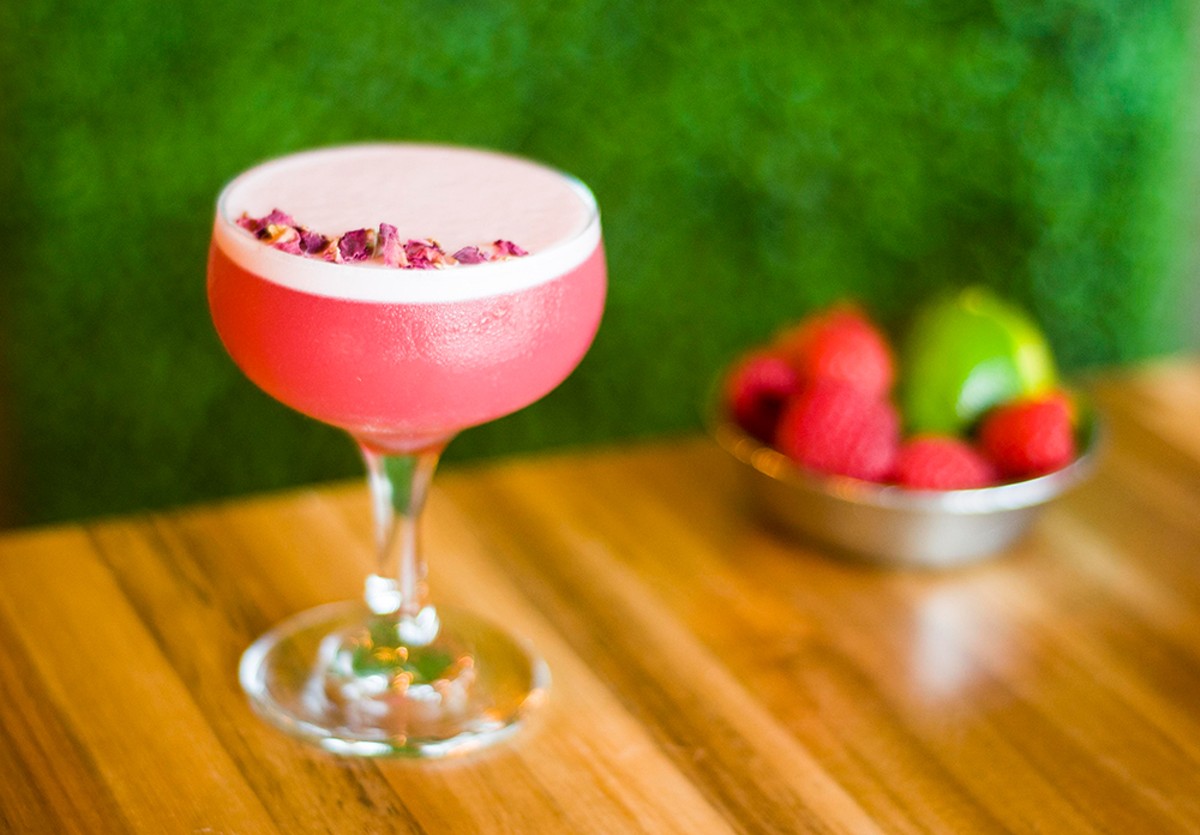 By now, most savvy diners in metro Detroit know their way around farm-to-table food. They're aware of the environmental impact of overfishing, and the energy savings and the economic benefit of locally sourced meat and produce. They've come to expect a chef who crafts creative entrees while maintaining a minimal carbon footprint. Take away their plastic straws, though, and some folks are utterly stumped.

Americans toss an estimated 500 million straws into the trash every day. A few bars around town have finally stopped using disposable straws, switching to aluminum or washable plastic, paper, or even pasta. That's just one of the ways that our drinking culture is just beginning to catch up with the same sustainability movement that has been around food culture for more than a decade. Drinkers tend to not give much thought to how much it cost to trek the oranges, limes, and pineapples that go into that tiki drink. They haven't been trained to make drink choices based on local and seasonal options. Yet.

All of that is changing pretty rapidly, and it goes far beyond ditching the disposable straws and cocktail napkins. Restaurants and bars are seriously rethinking the basic components of their business in order to make drinks more locally significant and responsible, and they're looking at how to localize production and ingredients, reduce energy output, and eliminate waste wherever possible. In the process, they're creating some pretty daring drinks.

Ferndale's GreenSpace Cafe, for example, pairs its vegan and fair trade meals with what it calls "conscious cocktails" featuring organic beers and seasonal mixers like raw organic apple juice and local botanicals. By working closely with local farms, bartenders can source the freshest juices and garnishes. Since many bars now change their cocktail lists seasonally, this is a perfect way to incorporate, say, in-season cucumbers from a nearby farm.

Last year, a group of bartenders tended several plots at Hamtramck's Hamtown Farms, cultivating chamomile, raspberries, rosemary, thyme, and other herbs. Cherries from the farm's bumper crop in June showed up in Manhattans all over town.

Pre-batching cocktails saves on ice needed to chill individual drinks, one of the most significant energy costs for all bars. A vast amount of ice gets wasted during the complex ritual of shaking, straining, and re-pouring over fresh ice. If a drink is already pre-batched and sitting in the refrigerator, though, it takes a lot less ice to cool it down.

Not all citrus can be eliminated, but there are ways to cut down the piles of wasted lemon pulp. and there are ways to blend leftover citrus husks into syrups and stocks. "It's not like we are growing citrus in Michigan, but we get ours from wholesalers that get it straight from the source," says J.P. Jerome, co-owner and head distiller at Detroit City Distillery in Eastern Market. "They walk our citrus orders a block down the street." Jerome says Detroit City Distillery sources all of its grains from Michigan mills, and buys all of its botanicals for gin right in the market.

The most ecologically responsible way to drink is to walk or bike to the nearest brewery or distillery. Or meadery: B. Nektar's William McCune tells us that for the first six or seven years of production in Ferndale, "we didn't even need a trash bin," he says. "The majority of our production is immediately recycled." At the end of the day, he says, one of the brewers would usually just take home whatever small scraps were left. For its bestselling Zombie Killer, honey came from Traverse City or Michigan's Thumb in large steel barrels, which were rinsed and recycled after use. Cherries also arrived in-season from Traverse City, and the apples for the cider were trucked in from Comstock near Kalamazoo.

Being responsible doesn't mean being stuffy, though. Last August the Trash Tiki tour visited the Skip in Detroit on its worldwide Anti-Waste tour. At the stop, London-based bartenders mixed fun with education, showing bar patrons and staff how to creatively reuse ingredients and create a "closed-loop cocktail" that could appeal to anyone. With irreverent style and obnoxiously loud shirts, the Trash Tiki group champions the motto "drink like you give a fuck." And many local bartenders are relishing the chance to shake up the industry and add a hyper-local flair to drinks. Moving away from the standards they've perfected, Detroit bartenders are concocting brand new recipes from what's available in our backyards.

Standby's Olivia Bonner appreciates the sense of adventure and accomplishment in creating drinks with low environmental impact. "I think the challenge there makes it more exciting for bartenders to work on drinks," she says. "There's a lot less pushback on using metal straws and not providing coasters. It's trendy."

Trendy it may be, but it looks like the shift to sustainability will be around for a while. If, as B. Nektar's McCune says, "sustainability is a lifestyle" rather than a single decision, Detroit's beverage influencers are well on their way to injecting style and originality into the changing drinks landscape.