Detroit's cocktail renaissance is in full swing, even in 'dives' 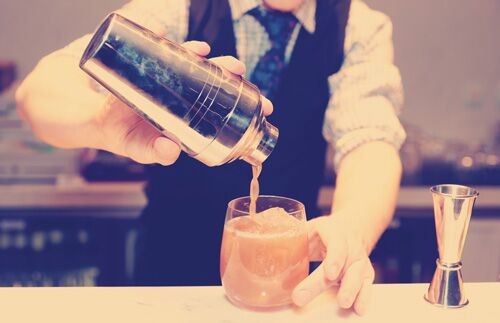 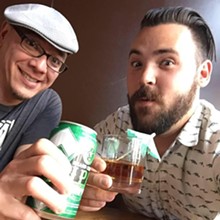 Ten years ago, if you went into almost any "upscale lounge" in metro Detroit, you'd be handed a "martini menu" — with no gin on it. It would be cluttered with franchise liquors, trademark symbols, and mixers loaded with corn syrup, and each concoction would be shoehorned into stemware to make it look respectable.

How times have changed! These days, even TGI Fridays offers "specialty mixed drinks" (Strawberry Henny, anyone?). Clearly, not all mixologists are equal. Plenty of places even pull a fast one, pumping sour mix out of a bar gun system but placing the finished drink in a Mason jar.

But a lot of the individual proprietors are doing it right. For instance, Sandy Levine was one of the first people to open a bar in metro Detroit that aspired to more than slinging drinks from a gun. When he founded the Oakland in Ferndale, only a few local joints put much "classic" in their cocktails. Levine got the idea from frequenting bars in New York and Chicago that were using fresh ingredients and exploring ancient drink recipes. Levine quickly fell in love with the trend.

"One thing they all had in common," he told us after he opened, "was elements that make you feel like you're in a different time and place."

And so he decorated his moody, atmospheric spot with candles and chandeliers a la the 1920s, aiming for timelessness. There are no drink guns, Coke, Red Bull, or cranberry juice; everything is freshly squeezed, and even the nutmeg is freshly scraped.

Another pioneer of the genre is Dave Kwiatkowski, who opened Detroit's Sugar House in 2010. Kwiatkowski was inspired by one of the same cocktail bars in Manhattan Levine praised, Milk & Honey on Manhattan's Lower East Side and the Violet Hour in Chicago, before finally becoming a confirmed "cocktail geek."

Then Ann Arbor assembled its own shrine to the classic cocktail, a joint called the Last Word, a reference to a classic cocktail created in the Motor City's Detroit Athletic Club in 1916. It's a subterranean, dimly lit bar that feels every bit like a speakeasy, with period drinks to seal the deal.

Of course, not every place has to appear to be right out of The Great Gatsby to appeal to today's sophisticated drinkers. Take the Keep in downtown Detroit's Cadillac Square, run by Evan Dawber and Leonard Lopp. It's housed in an ancient building that uses up every bit of its triangular block, tapering down to a sharp angle at one end. The odd shape gives the small bar windows on both sides an unusual architectural grace note. Over the next several weeks, Lopp and Dawber will gradually open the bar's 2,200-square-foot basement with fieldstone walls. The history of the space is palpable, but you're more likely to hear rock 'n' roll than ragtime. And it's not totally in the here and now: The lone flatscreen TV is less likely to show the big game than cartoons or kung-fu flicks.

And the potations they push across the bar can be as hifalutin as they come.

Dawber has mixed drinks everywhere from Detroit City Distillery to Temple Bar, and he convinced Lopp to "come out of bartender retirement" and join him in this venture. He and Lopp are unpretentious in the extreme, aspiring to something a little earthier at this unprepossessing cocktail joint. Dawber jokes, "We're a dive bar. We just take an extra step. Not a leap. Just a step."

They say plenty of their customers come in just to drink High Lifes and do shots, and they're happy to oblige. But for those who order off the obligatory chalkboard on the wall, there are plenty of drinks to choose from, made with ingredients that are usually perched on higher shelves. They can make your Manhattan with several kinds of rye, and not just Carpano Antica vermouth, but the more herbal Punt e Mes. They buy their fruit daily at Eastern Market. They even make their ice cubes by hand, in molds. Some are big enough to almost fill an old-fashioned glass. As Lopp puts it, "The whole industry understands that the customer wants a little more."

Dawber says, "People expect this. It's quality. You should be able to walk into a bar and get a Sazerac, and have it be pretty OK. You shouldn't have somebody say, 'We don't have that kind of wine.' What the fuck?"

But at the same time, he concedes the cocktail craze can get a little ridiculous. He jokes about downtown drinkers strolling into nearby Steve's Place, a shot-and-beer bar absolutely trapped in the past, and asking to see a cocktail menu.

The cocktail renaissance arrived in our area wearing a bowtie, but it's now firmly ensconced in self-identified dives. In a way, it makes sense: The whiskey-and-beer-back ethos isn't so distant from what some of the swankier cocktail connoisseurs seek: a connection to the old-fashioned tavern culture, when bars were places to bump elbows with interesting people, to share conversation, and to enjoy the easy, boozy fellowship of a public house. If the person behind the bar can serve you "whiskey plus," so much the better, especially to appeal to the after-work service crowd that could go either way. At the Keep, a customer may order a Last Mistake — a complex concoction that melds smoke and sour — or just burn through a bottle of tequila, all without judgment.

Dawber says, "What we're banking on, man, is just having a place that we wanna hang out in. That's the whole thing. This is just a bar I want to hang out in."

Dawber adds with a chuckle, "Rock 'n' roll and whiskey. ... That's all you have to write."