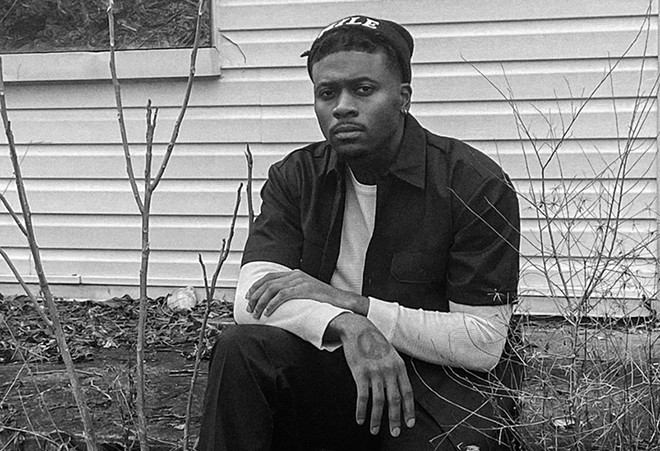 "Cannabis is essential and we're excited to bring you some of the best, high quality indoor flower on the market," reads the mission statement from Neighborhood Essentials. "We know it's about more than the high. It's about your health and well-being."

That's next level thinking about marijuana. For many years there was a fight to legalize it, to make marijuana a legitimate part of our lives. Advocates for the plant have successfully flipped the script in moving marijuana from outcast to essential status. It's become an attitude that says that marijuana is here, let's make it the best it can be in the community.

That seems to be the plan at Neighborhood Essentials, a marijuana microbusiness owned by Tre Hobbs. He's a legacy Detroiter who qualifies for the social equity aid offered by city and state programs. Hobbs grew up on the east side before attending Henry Ford High School and later getting a free agency shot in the NFL as a wide receiver. He didn't stick with any football team and now seeks a career in cannabis when Detroit begins granting recreational marijuana licenses in a few months.

"Our neighborhoods were devastated by the war on drugs," reads the mission statement. "Sadly the impact remains today but we're actively working to shift the narrative. Neighborhood Essentials plans to be a community partner, giving back in ways that enrich and repair. We're not merely providing cannabis, but essential medicine with education on proper usage."

Detroit's new recreational marijuana ordinance allows for 35 microbusinesses licenses. This new category of commerce allows licensees to grow up to 150 plants, process marijuana into edibles and concentrates, and sell products to the public (but not other marijuana businesses) all from one facility.

Neighborhood Essentials recently got a leg up toward achieving its lofty goals when Hobbs was selected for a $50,000 Momentum grant from the California-based Eaze cannabis company. Eaze is a large cannabis delivery company that also markets its own brands and products, and will soon be expanding into Michigan. The grant is aimed to give minority owners some momentum into the cannabis industry. Neighborhood Essentials is one of 10 selected companies for the 2021 class of the business accelerator, which includes a 12-week business development program.

"Neighborhood Essentials is the voice that will bridge the gap between the legacy and legal markets," says Hobbs. "I will host classes for people who have an interest in the cannabis business."

The "legacy" market is the old illegal or black market that has trafficked in marijuana for several decades, and has not easily given in to the legally regulated system. That market has survived on a system of extreme personal loyalty between clients, sellers, and growers. The mircrobusiness model might be a way for people to make that leap to legitimacy.

"We empower our communities with resources and tools that restore and create pathways of success for future generations," reads the mission statement.

It's the kind of thing one usually hears from a socially oriented community organization — not a marijuana outfit. However, there have always been lofty goals attached to marijuana legalization, such as ending the war on nonwhite communities and ending mass incarceration.

Now Tre Hobbs has entered the fray. He doesn't even have a location picked out yet, but he's got some start-up money, a business plan in hand, and a goal of being essential to the community. That's a pretty good beginning. Now if the city can just stay on schedule for granting licenses.

When these new licenses come through in Detroit it will alter the operation of marijuana businesses. There will be microbusinesses with their boutique products. There will be consumption lounges where you can drop in and imbibe. There will be licensed event organizers who can throw a marijuana party anytime or anywhere.

While dispensaries have been the face of marijuana and the illegal market has been the looming shadow of the market, these new businesses will make an impact closer to where social equity lives.