Detroit hip-hop mainstay Leaf Erikson joins L.A.Z., Audiological, and others at the High Dive in Hamtramck 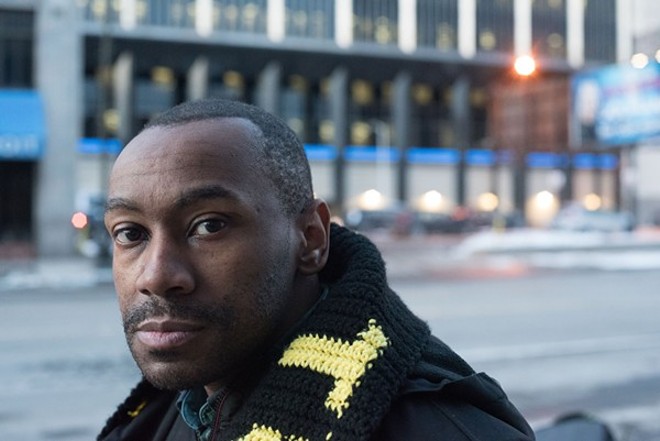 Every day is somebody’s birthday. Isn’t that a nice thought in a sea of shitty thoughts? Well, for this hip-hop-infused evening presented by Open Eye Detroit, rap mainstay Leaf Erikson will celebrate his latest orbit around the sun with a special set including L.A.Z. of Clear Soul Forces, Deon Jamar, BHill, and Walter Glasshouse, who performs as AudioLogical. Erikson, who has been an active member of Detroit’s hip-hop scene for more than 20 years, released A Canvas of Hope earlier this year.

The record is the first in a series of projects dedicated to the resilience of his hometown, including commentary on the city’s rapid gentrification. “Sex, lies, and videotapes and handshakes/ all became a factor in the downtown landscape/ Not before property value fell to a low/ to recoup time to build they escrow/ They let the building collect dust, an eyesore/ Strategize, so they didn't have to pay more/ taxes on the backend while we became casualties/ in deals orchestrated by the Ilitch family,” he muses 0n “Foreclosure.” But, like so much of Erikson’s work, it starts with hope.