Detroit Cobras frontwoman Rachel Nagy has died, according to band 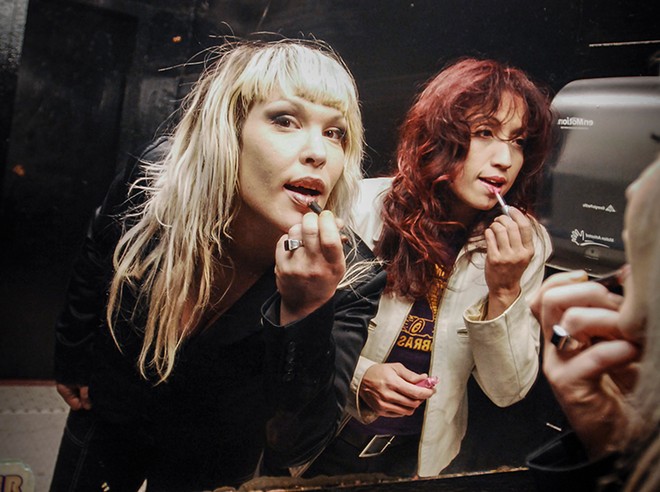 Rachel Nagy, frontwoman of the rock band the Detroit Cobras, has died, according to bandmate Greg Cartwright.

"It is with a heavy heart and great sadness that we announce the loss of our beloved friend and musical colleague, Rachel Lee Nagy. There are no words to fully articulate our grief as we remember a life cut short, still vital and inspirational to all who knew and loved her. With the Detroit Cobras Rachel Nagy carried the torch of Rock, Soul and R&B to fans all over the world. More than just a performer, she embodied the spirit of the music itself and vaulted it to new heights with her own deeply affecting vocal power. I know that I am not alone when I say that I was inspired by her vitality, her fierce intensity and her vulnerability. Once plans have been finalized by the family we will post more information regarding further details to memorialize Rachel and play tribute to her life. Until then, please know that if you are devasted by this news as we are, you are not alone. We are with you in your grief. Rachel is survived by her brother Tony Nagy and her mother Marge Nagy."

The cause of death has not been shared. The Detroit Cobras were scheduled to perform at El Club last week, but the show was postponed to February due to the COVID-19 surge.

"HERE WE GO AGAIN," the band wrote of the cancelation on Instagram, adding, "This insanity has to stop 😔"

Formed in 1994, the Detroit Cobras earned a following as a crate-digging covers band, with Nagy — tattooed, with blonde Bettie Page bangs — adding a rock 'n' roll edge to classic and obscure R&B and soul tracks, like Brice Coefield's "Cha Cha Twist" and the Ronettes' "He Did It."

Of course, anyone who has ever seen the band perform knows the term "covers band" doesn't quite do the Detroit Cobras justice, though. As journalist Brian J. Bowe wrote in a 2007 Metro Times cover story:

The Cobras have made a career of playing other people’s music, and have sometimes been lazily dismissed as a “cover band.” And though, technically, that tag is true, the band — particularly Nagy — brings a gruff, road-traveled beauty to the music. The singer offers a deep sense of empathy to the lyrics, toward both the songwriters and the songs’ subjects. And lines like, “I’m going to take him by the balls and drag him all the way back to town” make men fret. Hers is unrepentant and believable.

"We’ve never said one day we're going to write some originals and move into that," Nagy told Metro Times. "Obviously it's not our goal. We are what we are, and we're that for a reason. It's not a cradle that we're trying to grow out of. It's what we like to do."

"There's nothing worse than playing a song you don’t think is that good," Detroit Cobras guitarist Mary Ramirez told MT. "But when you're playing and the song is good, you play differently."

Ramirez formed what would become the Cobras with Steve Shaw and Jeff Meier in 1993, but they needed a singer. Nagy was a friend, and according to band lore, was allegedly "cajoled" into singing one night, without ever having ever sung before. Before joining the band, she said she worked as a stripper and a butcher. 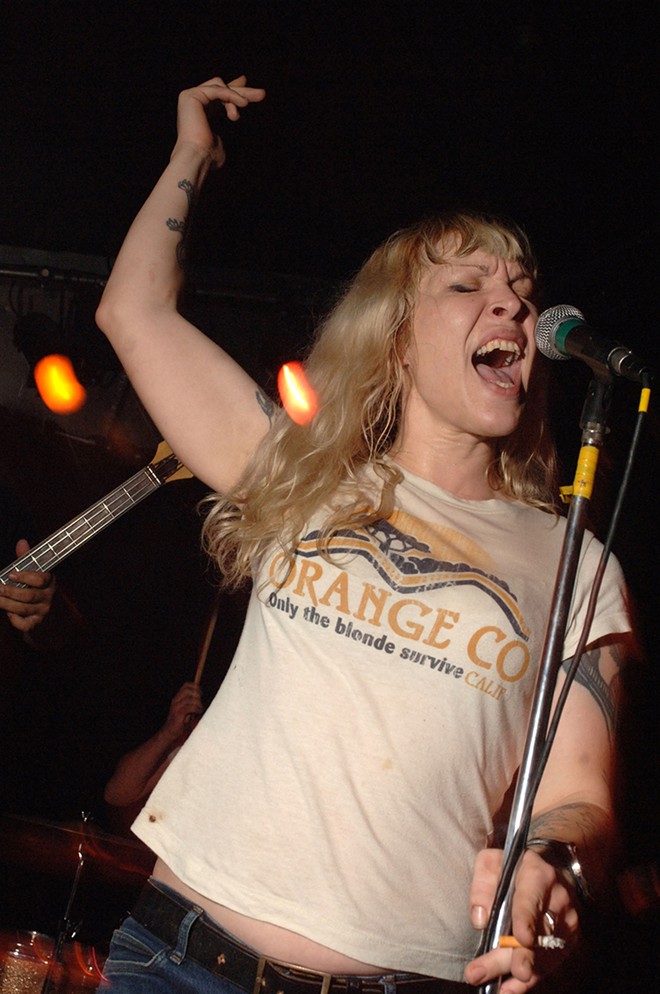 "The thing is Rachel's voice," Cartwright told the paper. "When they asked me to help them, that's the reason I'm doing it. She's definitely blessed. Someone with those kinds of natural chops is refreshing, especially when you can look at people on television shows like American Idol and see all these kids. They've studied and they've mimicked every vocal trick in the book, but they don't have any natural ability to convey feeling."

He added, "Unfortunately, that's what most of the American public wants; they've been tricked into thinking that's what music is. They don't know that music is even a spiritual thing. So when somebody comes along like Rachel who learned nothing — she didn't come from a background where she sang all her life, mimicking this guy or mimicking that person. She just has it."

In Detroit Rock City: The Uncensored History of Rock 'n' Roll in America's Loudest City, Nagy told author Steve Miller that her father was an engineer for Ford Motor Co., and she grew up in Detroit and Dearborn, where she developed an appreciation for older music.

"I mean, there's this crowd, when you grow up in Detroit, your parents listen to shit," she said. "You hear it at house parties; you see people dancing in your house and that ... entire 'Well, that's what old fogies listen to.' It's not until later on that you get into punk and metal and whatever else and then at some time, it dawns on you: Holy crap, this is where this all came from and this is way better, you know?" 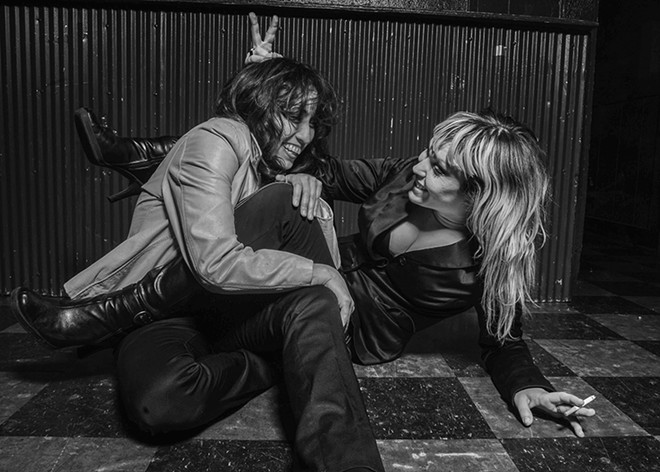 The Detroit Cobras had a revolving lineup through the years, with Nagy and Ramirez as its only consistent members, and had released records on indie labels like Sympathy for the Record Industry, Rough Trade Records, Bloodshot Records, and, most recently, Jack White's Third Man Records. Nagy has credited White to helping the Detroit Cobras gain an international audience when his band the White Stripes blew up.

"Jack White is the only person in this whole scene that I'm glad he has made it," Nagy said in Detroit Rock City. "He is ambitious, he's clever, and he lifted up everybody in Detroit. Every interview he did, he lifted everybody up, including us."

The band has also been known for Nagy's erratic onstage presence throughout the years, which she has blamed on excessive drinking. In the 2007 Metro Times cover story, she said she once drank Scotch on a European tour and later physically attacked "every person on the [tour] bus."

"There definitely was a point when we were insane, and I was definitely insane," she told the paper. "I would drink and I would punch the first person I meant to say hello to. After a while it's time to grow up — that shit ain't cute anymore."

In Detroit Rock City, the Go's Bobby Harlow compared her to another rockstar.

"Rachel is Amy Winehouse, but she's like the dangerous version," he said. "Amy Winehouse was tragic but was, like, this, can't walk straight, and she's singing, she's a wreck. Well, Rachel will kick your fucking ass. You know she's real dangerous, really out of control. And check out Winehouse's tattoos — same place as Rachel's."