Detroit-area summer reading arrives early, from Hunter, Zadoorian, and others 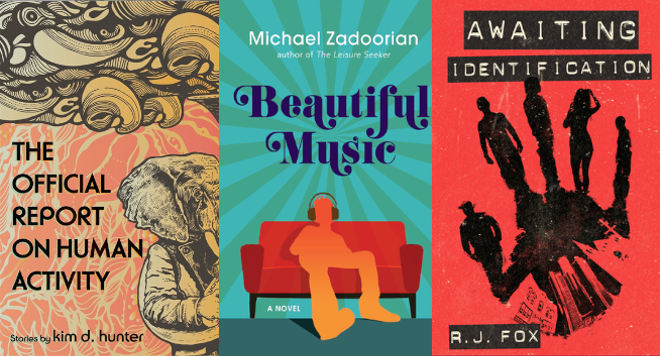 Photos courtesy publishers
Hunter's, Zadoorian's and Fox's books.
We have received a bunch of Detroit fiction books over the last month that cry out for acknowledgment, if not review. Since all the books’ authors will speak over the next few weeks, we figured now’s as good a time as any to get these books out there where they can do some damage.

Growing up in Detroit in the 1970s wasn’t easy, with cultural rifts left raw from the 1967 rebellion, oil shocks jolting the middle class, and dealing with sexual norms left upended by the sexual revolution. Add in a family calamity or two and you’ve got the makings of a bummer bildungsroman … if not for the healing power of music. It’s that simple. The story’s protagonist, Danny Yzemski, has all the above problems to face and more, but gets through it all with the help of Zep, Ig, and the MC5. He even begins peering over the ramparts of white suburban Detroit.

Here’s the idea: It’s Devil’s Night, 1999, at a wild party at St. Andrew’s Hall in Detroit. Five different characters interact with one another over the next several hours, but by midnight on Halloween, they’re all unidentified bodies laid out on cold slabs at the medical examiner’s office. The book, which was inspired by a Detroit Free Press article from 1999, has already won significant praise. Metro Timesformer contributing editor Herb Boyd called the book, “Elmore Leonard meets Donald Goines.”

Kim Hunter’s name should be familiar to longtime Metro Times readers, if not for his volumes of poetry or his Kresge fellowship, then for his activism. Until now, one thing Hunter hasn’t been known as is a novelist. That changes with the release last month of this book, which tells the story of the media frenzy that follows a male factory worker giving birth to a small black elephant with a mysterious message on its hide. It’s set in a dystopian future Detroit of probes, implants, holograms, and hybrid life forms, in which media technology and capitalism have run amok.