One of Detroit's most infamous property owners is trying to sell or lease a number of his vacant buildings as the city grows more strict with landlords who don't have rental properties up to code and charges commercial properties hefty drainage fees based on impervious area.

Dennis Kefallinos, who owns the Russell Industrial Center and about a dozen loft-style apartments, has reportedly marketed 30 of his non-residential commercial properties in an offering memorandum obtained by Crain's. The properties are located throughout Detroit and Hamtramck.

Kefallinos made headlines in February after city officials forced business tenants at his Russell complex to vacate due to hazardous conditions. He's also the subject of an ongoing class action lawsuit brought by tenants of his residential properties, who allege he endangered them by failing to bring the buildings up to code. Kefallinos owns 11 loft-style apartment buildings in and around the city's greater downtown. The lawsuit says that, as of 2014, ten of the buildings appeared to have never obtained certificates of compliance to operate — essentially, a seal of approval from the city that the building is safe and ready for renting. A FOIA request filed by Metro Times revealed that, as of March, several had still not been brought up to code. 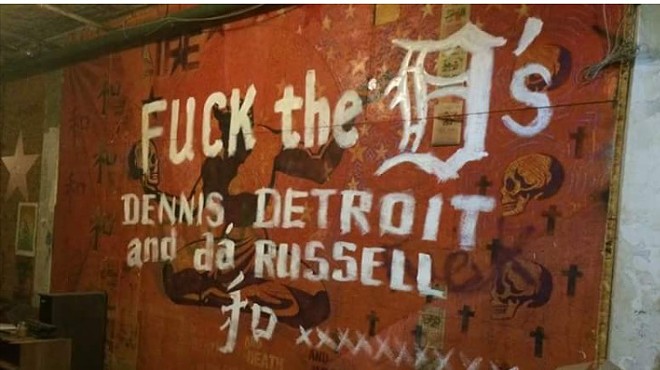 Russel Industrial Center owner has burned other tenants across town


The buildings Kefallinos is considering selling or leasing reportedly include the Michigan Building on Bagley near Grand River, the Harvard Square Center on Broadway near Gratiot, the Roosevelt Hotel on 14th Street and Michigan Avenue, and Wayne State University's former Shapero Hall on Rivard — part of which burned in a fire a couple of months ago.

In the past, Kefallinos claimed to have plans for the various buildings — telling local media outlets he'd develop the Harvard building into an event space, put microapartments in the hall on Rivard, and reopen the old Roosevelt in Corktown as an extended-stay hotel — but he's mostly just let them sit vacant.

Regardless, amid the surge in downtown area real estate prices, Kefallinos will likely wind up making a killing if he sells the properties. Take, for instance, the Roosevelt Hotel: Curbed reports Kefallinos bought it for $37,500 at a tax-foreclosure auction in 2010 and recently listed it for sale at $3.6 million.

The report that Kefallinos is putting most of his non-residential real estate holdings up for sale comes months after the Detroit Water and Sewerage Department began imposing drainage fees on property owners based on the amount of impervious land at a site. The old WSU property shown above, for example, has several acres of impervious surface made up the building's roof and parking lot, and is likely incurring a $250 dollar a month fee on each of those acres. Eventually, those fees will go up to almost $700 per month per impervious acre as DWSD tries to pay for sewerage infrastructure upgrades. Having such fees stretched across 30 idle buildings may have prompted Kefallinos to try and sell.

Meanwhile, the city has also said it will get more strict with landlords who do not have their buildings up to code, which may have made Kefallinos shy away from turning any of these buildings into residences.

Of course, this is all guess work. We could not reach Kefallinos for comment; an associate said he was out of the country.