Cold Men Young - You Should Be a Fan (self-released) 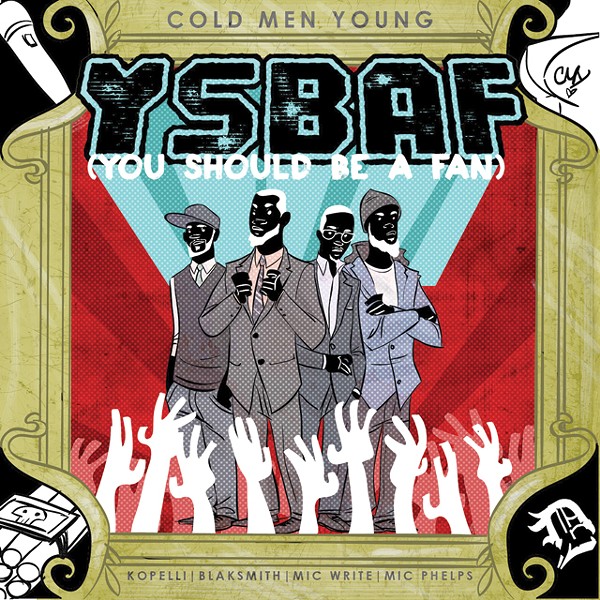 There are a lot of cooks in Cold Men Young's kitchen, but the resulting rap goulash, You Should Be a Fan, is neither overwhelming nor overcrowded. The rap collective is sustained by its four main writing and rapping emcees, but for their second album they included a pair of producers and half-dozen cameos contributing to Fan's full-plate of smooth-funk party-starters. Lawrence "Kopelli" Young, Miles "Phenom" Stewart, Chace "Mic Write" Morris and Brent "Blacksmith" Smith display a keen sense of coherence in their democratic delivery, their sensibility for dividing bars between them, for letting one lyricist take the lead on one track or coming together as one intertwining call-and-response crescendo, all sharpened by their collective charisma. With each track timing in at almost four minutes, the production is allowed space to bloom, sampling chiming pianos, humming bass grooves, looping synths and booming beats.