City on fire: 12 powerful photos from the 1967 Detroit riot

Nearly five decades have passed since the 12th Street Riot, one of the most violent and costly urban revolts in U.S. history, though the scars it left on Detroit are still seen and felt today.

In the early morning hours of July 23, 1967, a raid on an unlicensed after-hours bar turned violent, and an uprising, fueled by reports of police brutality and driven by underlying conditions including segregated housing and schools and rising black unemployment, began. By the time the riots ended four days later by 7,000 National Guard and U.S. Army troops, 43 people were dead, 342 injured, and nearly 1,400 buildings had been burned. 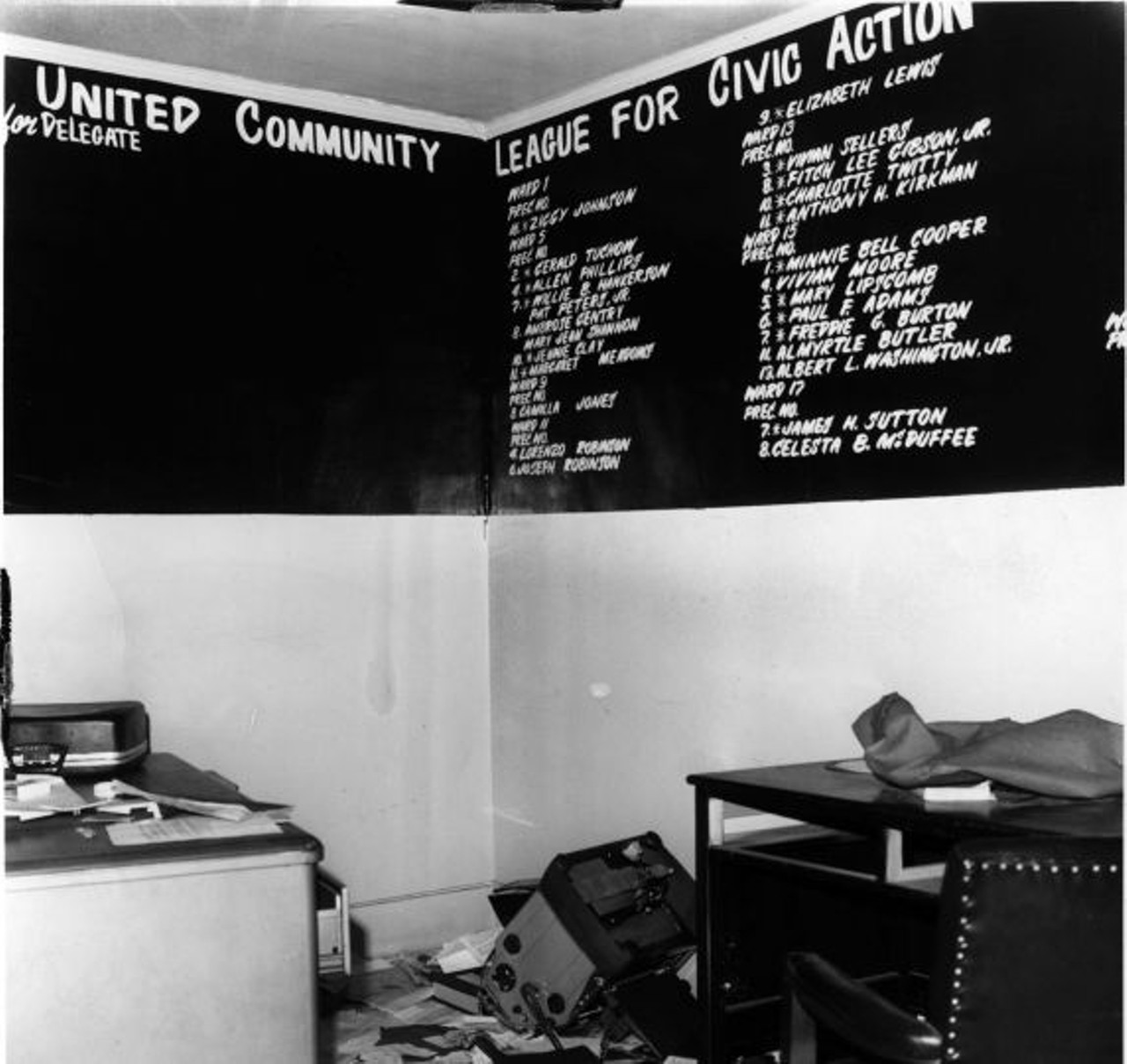 The riots started with a raid on an after-hours bar, known as the United Community League for Civil Action, that operated out of a print shop on 12th Street. A party at the bar was in progress to celebrate the return of two black servicemen from Vietnam. Officers expected a few patrons to be inside, and instead, found and arrested all 82 people attending the party. As party attendees were being transported from the scene by police, a crowd of about 200 people gathered outside agitated by rumors that police used excessive force during the raid. 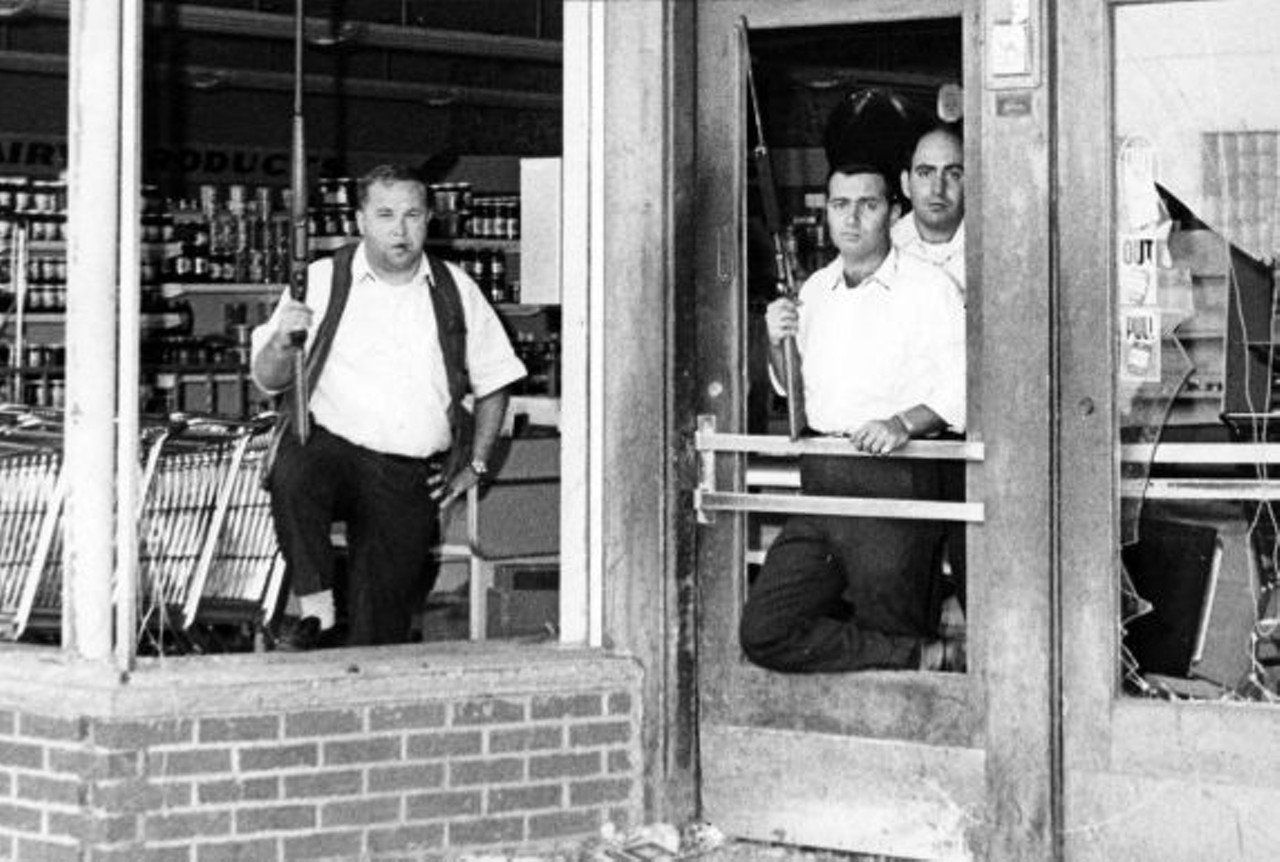 Looting and vandalism ravaged business districts as overwhelmed Detroit Police failed to stem the growing unrest. Some store owners took up arms to protect their own businesses when the authorities failed to do so. 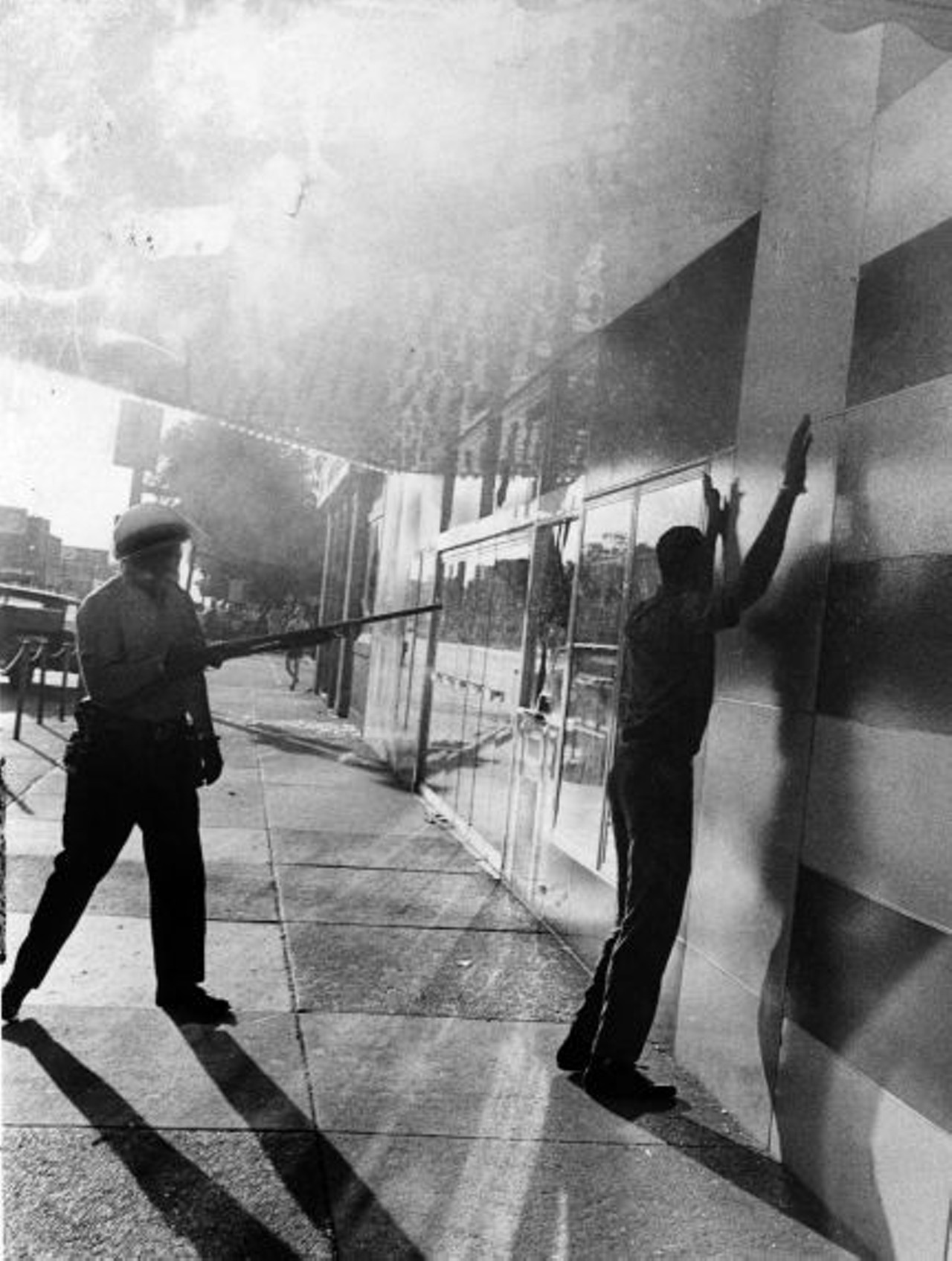 Detroit Police made more than 7,200 arrests during the riots, most for looting or curfew violations. 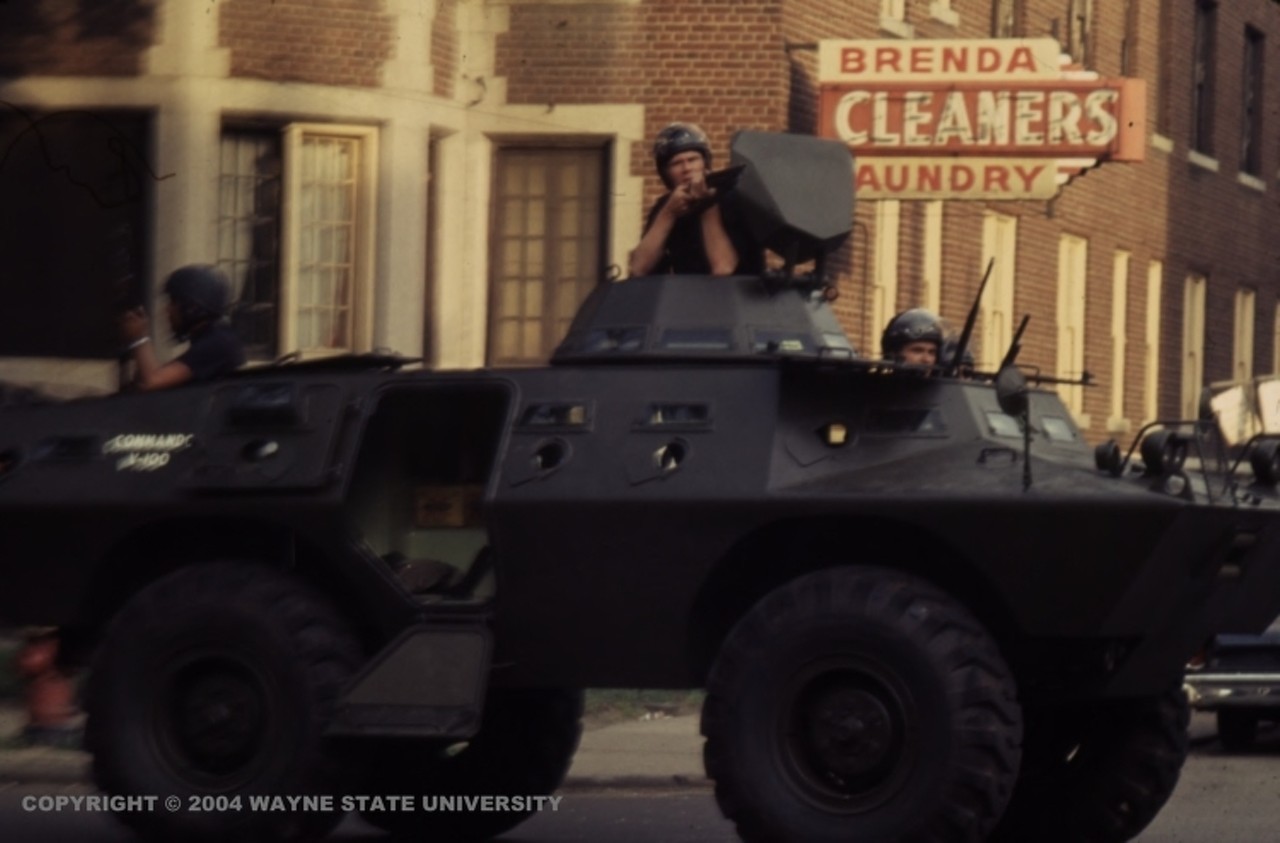 As the riots entered a third day, 800 State Police Officers and 8,000 Michigan Army National Guard troops were ordered to the city by the Michigan Governor George Romney and were later joined by 4,700 members of the 82nd Airborne Divisions called in by President Lyndon Johnson. 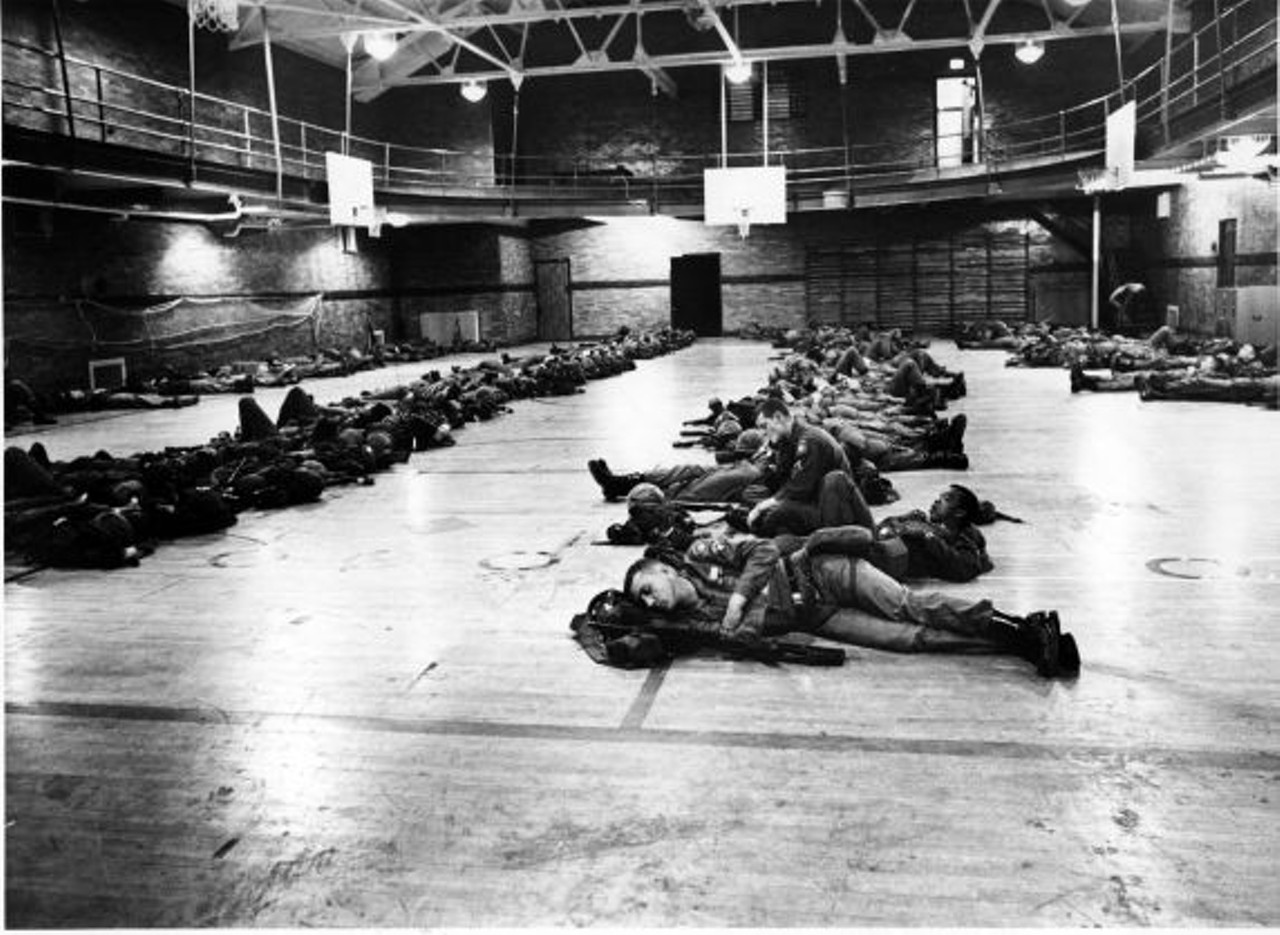 Troops deployed to Detroit camped at the state fairgrounds and in schoolyards across the city, occupying makeshift quarters wherever space could be found. In this photo, soldiers from the 82nd Airborne rest in the gym at Southeastern Junior High. 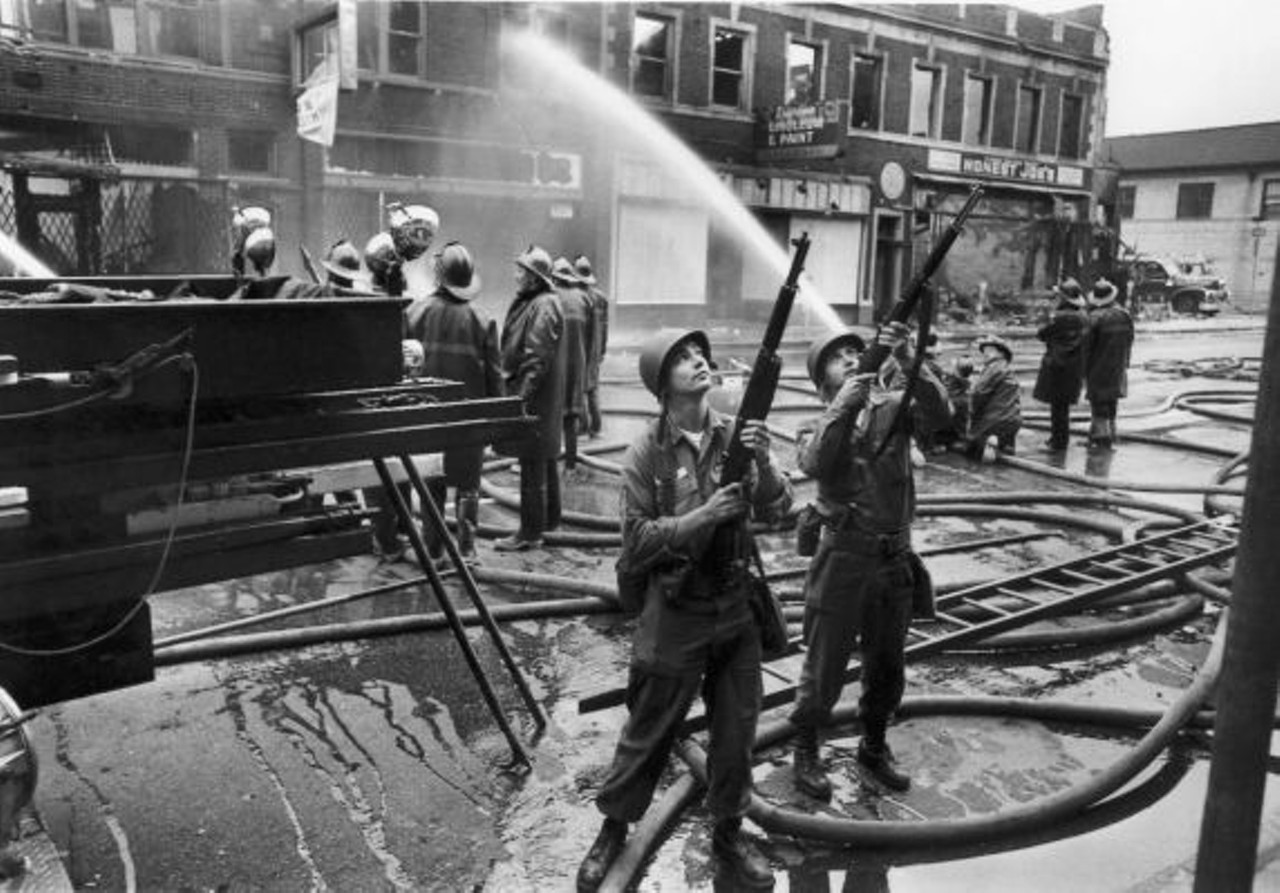 The fires started during the riot spread rapidly in the afternoon heat and as 25 mile per hour winds began to blow. Even as businesses and homes went up in flames, firemen were increasingly subject to attack by the rioters, and National Guard troops were assigned to protect firefighters on the streets. 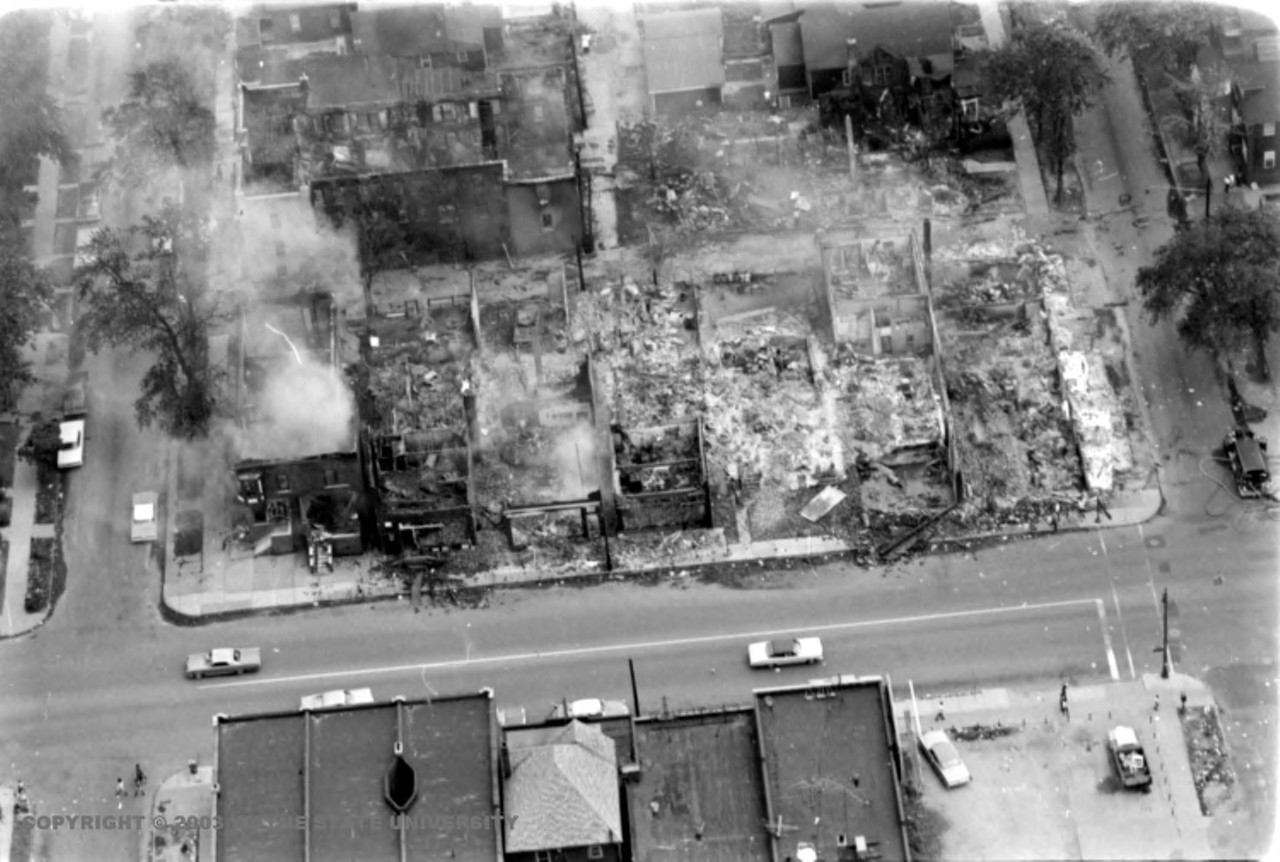 Fire destroyed entire neighborhoods in the predominantly black area where the rioting began, leaving wounds from which some communities never recovered. An aerial view of Linwood at 12th Street shows the scope of the damage to one city block. 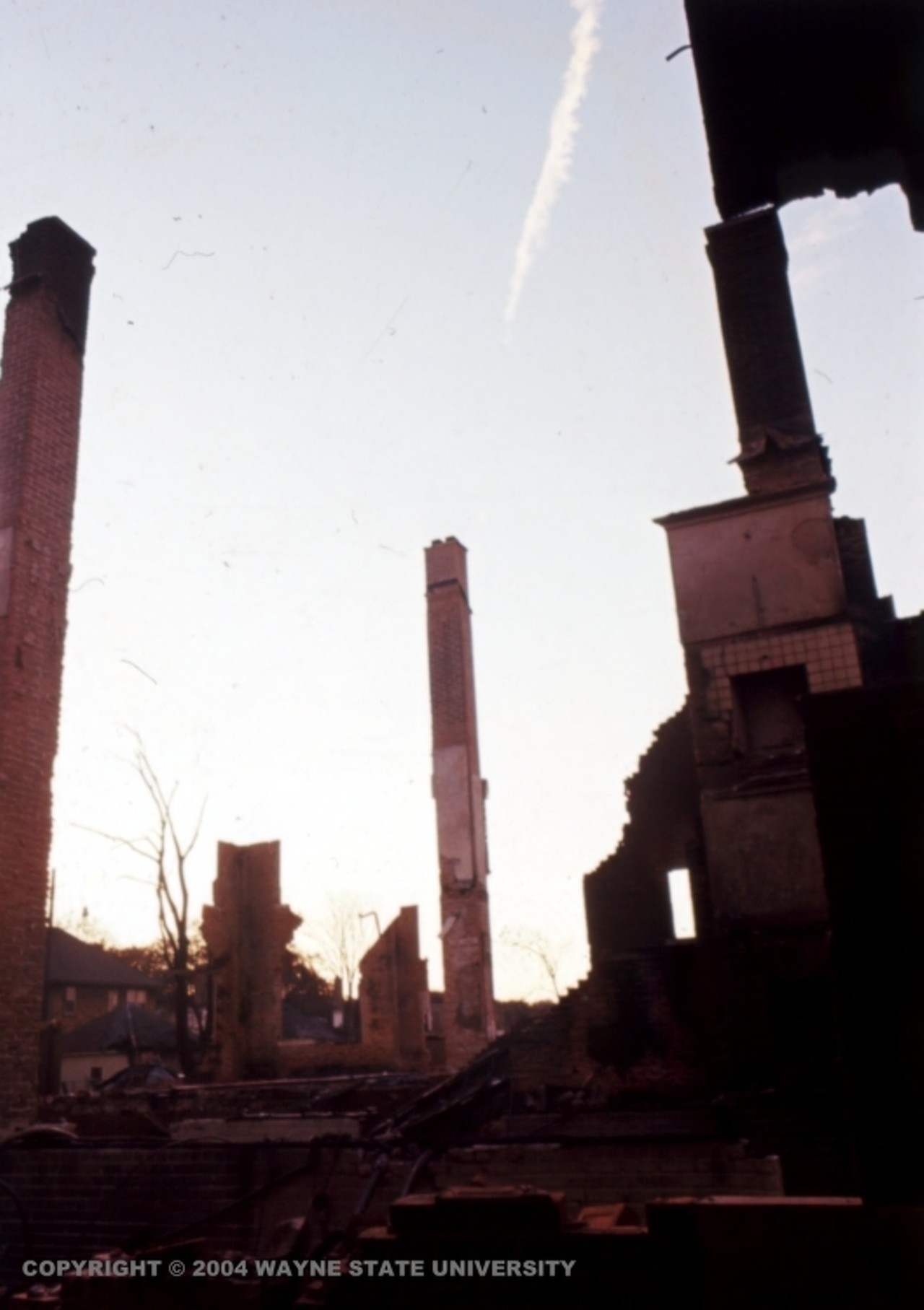 Only chimneys remained of houses burnt to the ground, standing tall above the rubble.

Countless allegations of police brutality followed in the wake of the riots. Three young black men were killed and nine others beaten by members of the Detroit Police Department in what became known as the Algiers Motel Incident. Three officers faced charges for their role in the incident but none were convicted. 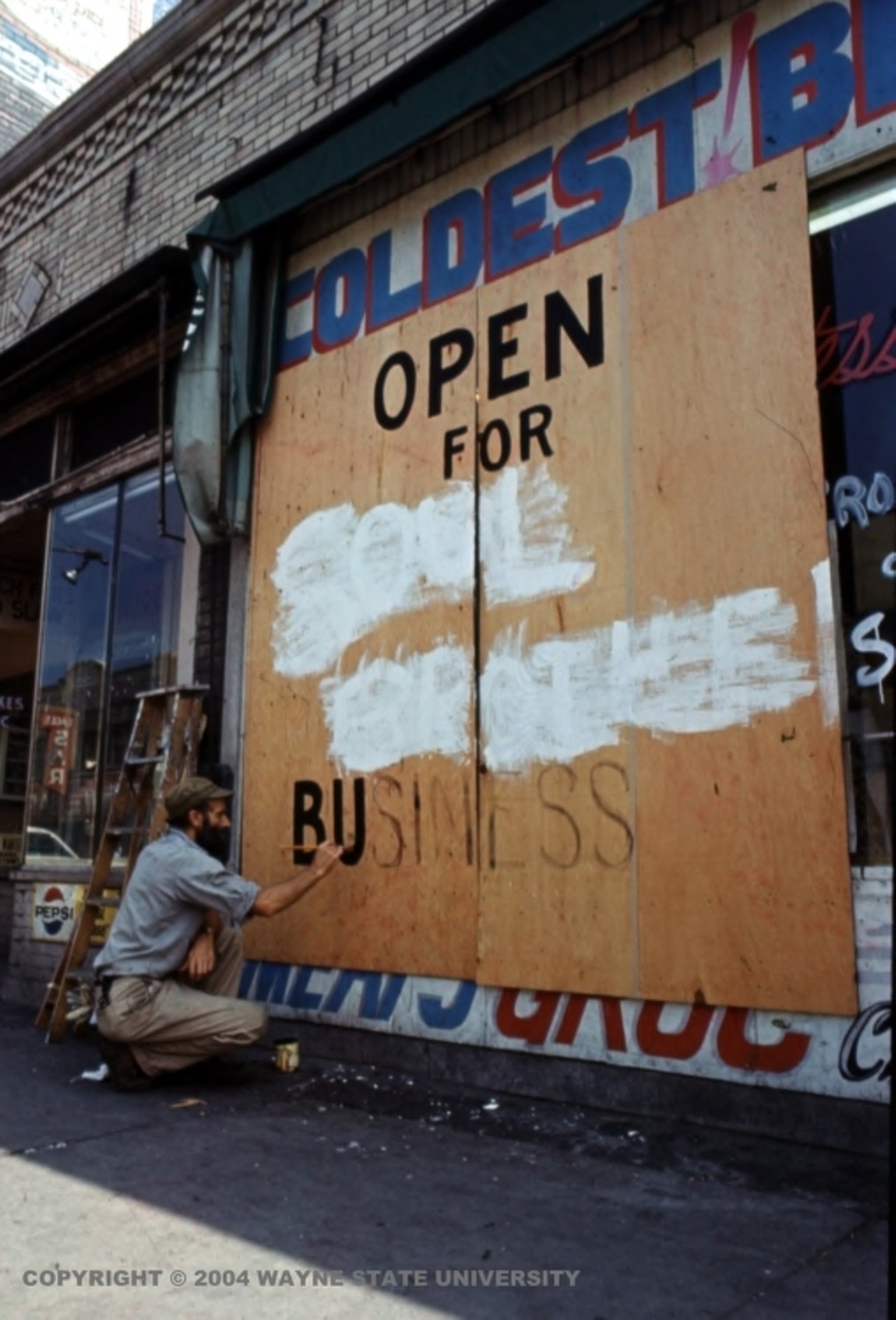 After the riots, businesses left standing continued on despite damage to their buildings and neighborhoods.