Chucho Valdes and the Afro-Cuban Messengers 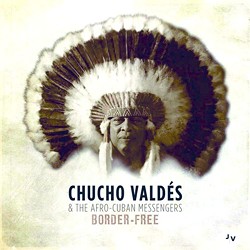 Multiple Grammy award-winning Chucho Valdes is one of the most powerful and impressive jazz pianists in the world today. He was the founder of the Latin fusion orchestra Irakere, which got its start in 1972 and is often referred to as the Latin “Weather Report.” His father is the legendary pianist Bebo Valdes, who was also the former director of the popular “Tropicana Nightclub” in Havana.

Chucho Valdes’ pianistic style is characterized by prominent traditional and modern rhythms, lyrical melodic phrases and massive chords, all played to perfection by this true virtuoso who plays with total precision, even at highly accelerated tempos.

This highly spirited album delivers so much — from great writing and arranging to stylistic variety and great musicianship. You’ll likely be compelled to play it over and over again — each time hearing new things