Chelsea Wolfe on meditation, yoga, and avoiding burnout as an indie musician 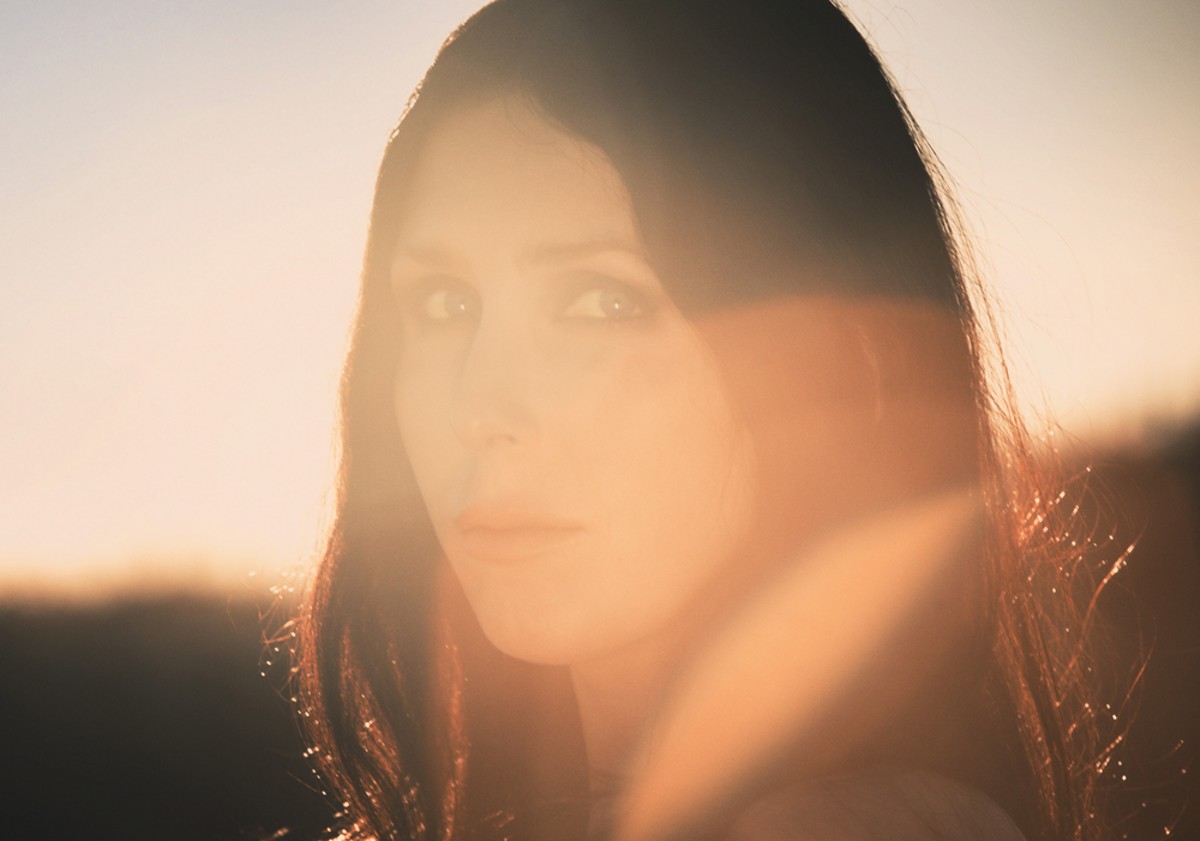 Categorizing Chelsea Wolfe's music isn't easy — a combination of elements of goth, electronica, metal (both black and heavy), country, industrial, and folk. The 36-year-old made a name for herself covering black metal progenitor Burzum's "Spell of Destruction" in 2010, and since then she's released seven studio albums, including her latest acoustic effort, September's Birth of Violence. Think of her music as a witchy version of PJ Harvey, or what might happen if Marilyn Manson and Deftones' Chino Moreno had a baby and Trent Reznor was her godfather.

Wolfe says she wants to be a touring musician as long as she can, but the road schedule for her last record, 2017's Hiss Spun, saw her headlining clubs that autumn then playing support for industrial legends Ministry last spring. Over the summer she was in Europe opening for Tool frontman Maynard James Keenan's other project, A Perfect Circle. Then she headlined another tour last fall on the West Coast.

After a decade of writing music, recording, and touring, Wolfe needed a break.

"It didn't seem sustainable," she says. As of press time, she's played three shows this year and a private showcase for her label, Sargent House.

But taking time off from touring came with its own set of jitters.

"It was scary to do because I've been touring for the past nine years pretty consistently," Wolfe says. "I felt I had to keep that train rolling."

But she was close to burning out. Along the way, Wolfe started self-medicating with kratom, a legal herbal extract with opioid-like effects, as a means of treating anxiety. She took it whenever she felt anxious, which was far too often. When she wasn't taking it, she says she became edgy and aggressive. It was an ugly cycle that pushed her to eventually kick kratom entirely.

"I had to really focus on some addictions that were masking a lot of other problems," Wolfe says. It's better days now, though. In the months after turning in Violence, she took a sobriety break, began seeing a therapist, and practicing Forrest Yoga, which focuses on healing trauma stored in the body. She says meditation has had a massive impact on her mental well-being, too.

"It's a pretty magical tool to have in your pocket," she says. "Something to help you deal with the craziness of life. It's cool to find new ways to deal with anxiety."

The beginnings of this healing journey directly influenced Violence, she says. While Hiss Spun marked Wolfe opening up about her family history — an "exorcism state," she says — the new music is reflective.

"Birth of Violence is about taking this break to really focus on my mental health, take stock of the past 10 years, and see what I could look forward to as a touring musician," she says.

The album covers plenty of ground. Wolfe's lifelong love of the devil's music is on full display in "Deranged for Rock and Roll," while "Highway" is a fragile meditation about leaving yourself onstage every night as a performer. The primary instrumentation is acoustic guitar, but expansive soundscapes and textures abound and reach a brooding head on "Erde," named after a German word that translates to "all dirt" and "Earth."

"I love the visual of hands running through the dirt," Wolfe says. "It's this very primal, instinctual song." Each line is a vignette. One mentions a river so polluted it caught fire, much like the River Rouge did 50 years ago. Another speaks of historic buildings lying fallow, surrounded by new construction — something Motown isn't short on.

"Detroit is probably a perfect example," she says. "There's obviously historical buildings that we should be restoring, but instead all these really cheap... just ugly, fast things go up. I wish there was the [same] investment in these historical buildings."

Wolfe previously played Pontiac's Pike Room and Detroit's El Club, but for the new tour she she's looking for something a little more intimate. Specifically, she told her booking agency she wants to play as many theaters and sit-down venues as possible — rooms with history and character. Hence her show on Friday at Detroit's Senate Theater. The 800-seat theater turned 83 this month, and of late has seen a resurgence for themed movie nights.

She laments the amount of tours happening this fall means she won't get every venue she hoped for, but she's extremely happy she booked the Senate.

"It looks like a really beautiful space," she says. "I'm always honored when we get to play Detroit."

The last time Wolfe played an acoustic set here, it was in 2014 at the Royal Oak Music Theatre, when she toured with a string player. Now, though, she wants to strip it down even further. Longtime collaborator and bandmate Ben Chisholm will accompany her on a few songs, but part of her set will just be her on stage with an acoustic guitar. She's been rehearsing songs from her 2010 debut, The Grime and the Glow, and revisiting other older music — songs like "Halfsleeper" and "Flatlands," specifically — in addition to unplugging songs for the first time in front of an audience.

"It was cool to play those again and suddenly get dropped into this headspace or even the physical space of where I was when I wrote them in my little bedroom in Sacramento," she says. "I really feel like I came full circle. I've done so much work musically and on myself since then."