Los Angeles, CA, July 17—Concert and live production powerhouse Knitting Factory Presents has announced CAT VIDEOS LIVE!, a comprehensive and ambitious touring production of the world’s best cat-themed video presentations. Tickets are on sale now at www.thecrofoot.com. Cat Videos Live! is a family-friendly, feline film, cat comedy event and social gathering for all ages. Cat Videos Live! provides an authentic, wildly entertaining atmosphere for animal lovers to experience the cat video phenomenon—together—in a live, theatrical setting. Cat Videos Live! and Catvideos.com have partnered to bring this exclusive cat content to the big screen. In addition, Cat Videos Live! is a forum for cat video creators from amateurs to celebrities to showcase their cats. Produced by Knitting Factory Presents, New York City-based comedienne Carla Rhodes will serve as the show’s host. Mentored by Shari Lewis, creator of children’s icon Lambchop, Rhodes is a multi-faceted entertainer who has performed with a wide array of artists such as Neil Hamburger, The Eels and Tim Heidecker (of Tim & Eric). The tour is co-produced by award-winning video producer, director and editor Eric Dorris, founder of www.catvideos.com, “For the Love of Cats.” Why Cat Videos Live!? Quite simply, cat videos rule the Internet. Back in 2014, Tubular Insights estimated that over 2 million cat videos had been uploaded to YouTube and racked up 25 billion views (source: http://tubularinsights.com/2-million-cat-videos-youtube). Celebrity cats and their owners have gone way beyond a cottage industry to bona fide sensations. In fiscal 2015, Americans spent $62 billion dollars were spent by Americans on their pets, pet heath care, grooming and pet related consumer products. Touring productions of cat videos have legs—or tiny cat feet as it were. Previous cat video showcases have played all over the world and Knitting Factory Presents sold-out events from the Showbox in Seattle to the Warsaw in Brooklyn to the Federal in Long Beach to the Echoplex in Los Angeles. The world LOVES cat videos. “It’s such a huge audience that we really had to put this multi-media event together to meet the pent-up demand to take this social phenomenon to a higher professional level,” explains Kitting Factory Presents president Mark Dinerstein. Dorris adds, “We’re delighted to make the concept of CatVideos.com into a live touring experience for the family—cat [and dog] lovers alike. Cat Videos Live! is a rollicking roadshow combining community, comedy and technology. It’s a showcase of local, national and international filmmaking talent. It’s an amazing outpouring of both creative output and shared experiences and interests.” Cat Videos Live! puts its arms around the entire feline phenomenon. While the two-hour program has national common elements, each city’s performance and presentation will be unique, with locally programmed media and celebrity guest hosts and videos. The show has two national and multiple local charitable beneficiaries. National partners include Panthera (www.panthera.org), which works to protect big cats, and Friends for Life (www.friends4life.org), which leads no-kill shelter and adoption care efforts in the Southwest. “I owe a huge debt of gratitude to Friends for Life founder, philanthropist, and investor Don Sanders, whose work saving animals is an inspiration and is a valuable part of the awareness we hope to bring with Cat Videos Live!,” Dorris says. Each tour city will also have its own local rescue and/or adoption partners. Finally, CatVideos.com is launching an app to tie together the touring experience and web site for cat fans and supporters. iOS and Android mobile device users will be able to upload their own videos, share others, get catmojis, buy tickets, visit partner sites, support sponsors and charities.

Some bars are just for drinking — but other bars are for when you’re thirsty. Here’s our roundup of metro Detroit’s most…

The most romantic date night restaurants in Detroit

Depending on who you ask, they might say “love” and “romance” are not words used to properly describe Detroit’s dating scene. While… 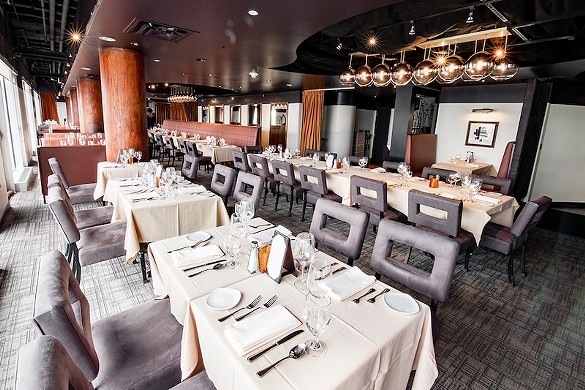