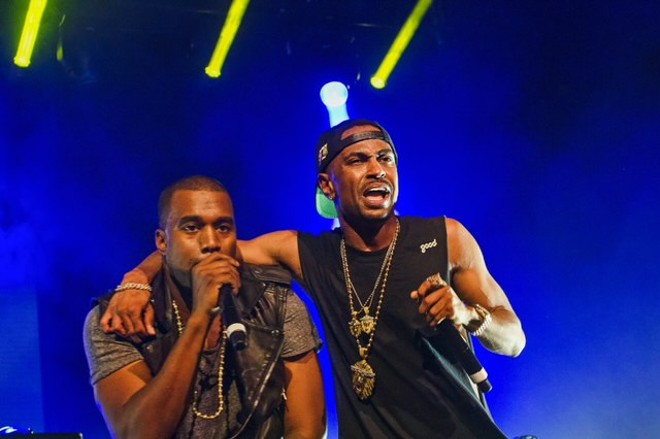 Doug Coombe
Kanye West and Big Sean performing together in 2012.

Quite possibly the most anticipated episode of Revolt TV’s Drink Champs podcast is dropping this week as rapper and host N.O.R.E. sits down with Big Sean. The Detroit 2 rapper not only discusses his career, and his dad’s friendship with Dave Chappelle, but is responding to Kanye West saying that signing him was the “worst thing he’s ever done.”

In a trailer for the episode that surfaced on social media, Big Sean expresses that he has love for Kanye and appreciates everything that he’s done for him, but that everything Kanye said is “some bitch ass shit.”

Last month, Ye was a guest on Drink Champs, resulting in nearly a four-hour interview, split between two parts. During the interview, the rapper spoke about everything from his career with Roc-a-Fella Records to his relationship with Kim Kardashian and friendship with Dame Dash and Jay-Z.

The standout moment of the interview came when N.O.R.E. asked West “Pusha or Big Sean” during rapid-fire questioning. Kanye proceeded to grab a tombstone from the set’s Halloween decor and says, “When I die, on my tombstone it’s going to say: I deserve to be here because I signed Big Sean,” before continuing on a rant about the Detroit rapper.

Well, in the trailer for this week's episode, Sean is seen holding a similar Halloween tombstone before tossing it behind him and saying “Fuck this shit. Fuck what he’s talking about.”

The episode of Drink Champs will air tonight on RevoltTV and be available on the Black Effect Podcast Network on Friday and on Revolt’s YouTube on Saturday.