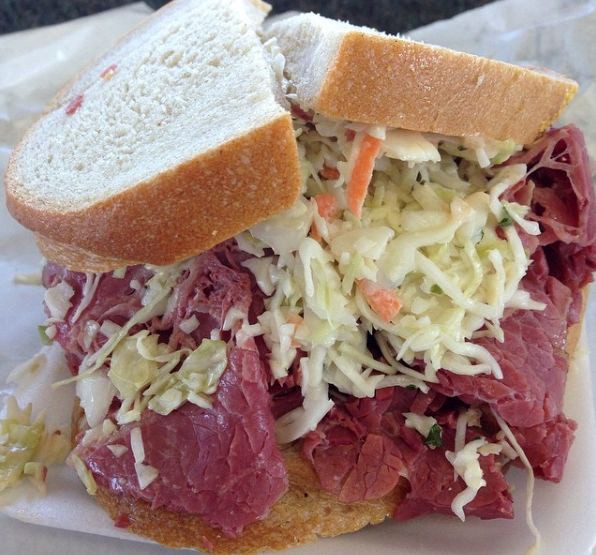 Owner Al Winkler tells us that when he opened his first Jewish deli during the mid-1960s, corned beef houses like his were nearly as common in Detroit as the coney island. As the Jewish population in the city migrated to the burbs, the deli landscape changed, and while there are far fewer delis than there used to be, a strong corned beef culture remains in place. Each week, Bread Basket rolls through more than 24,000 pounds of corned beef, which Winkler tells us is the most of any restaurant in the nation. But not all his corned beef ends up in sandwiches. There’s also the corned beef roll, which is what it sounds like — a deep-fried, egg roll wrapper vessel holding a small pile of razor-thin, salted, and cured beef. The snack is on the cusp of becoming a regional dish like Detroit-style pizza, or the coney dog, and Bread Basket Deli is a great place to get acquainted with one. —Tom Perkins