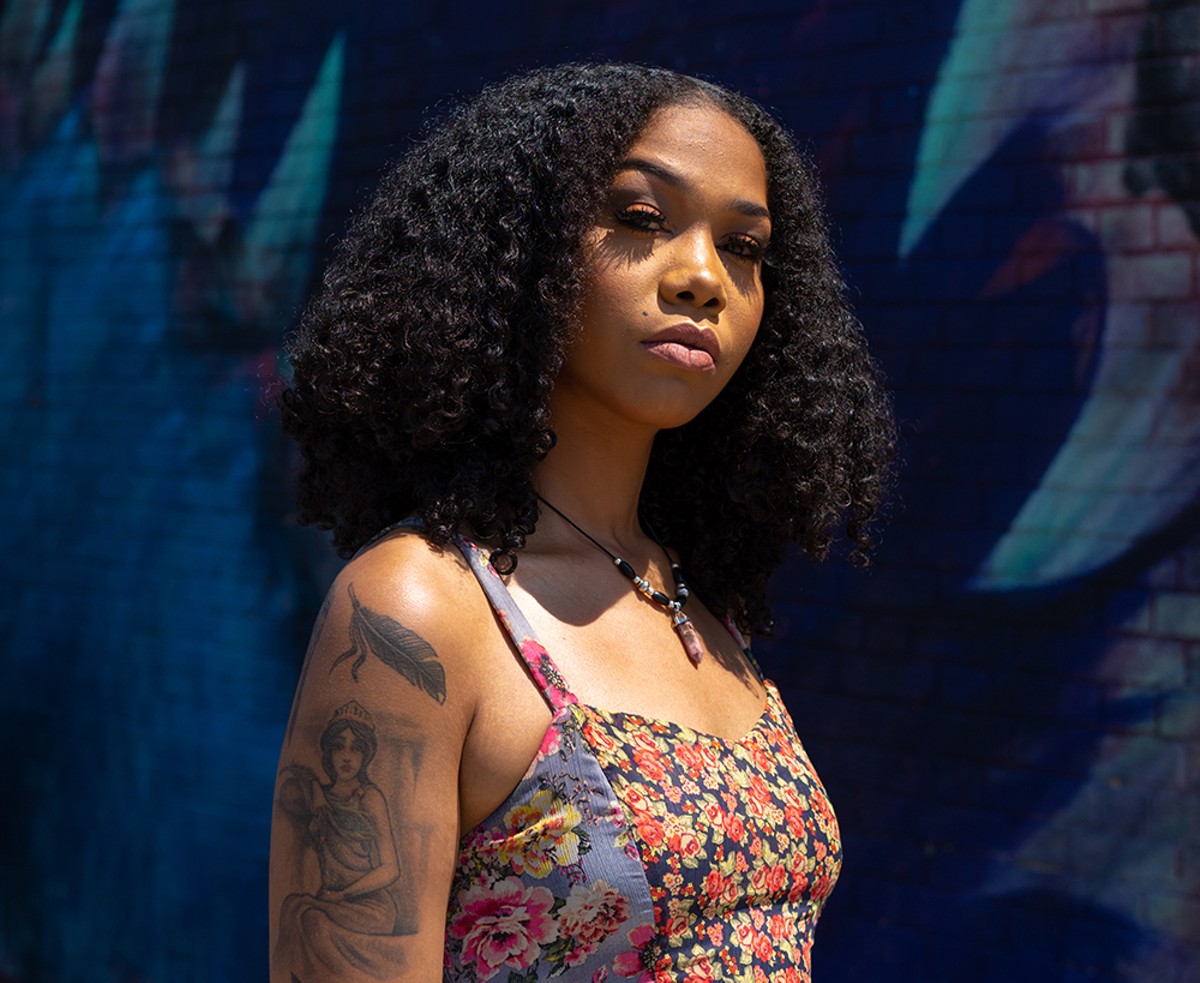 When Jillian Graham was in grade school, she gravitated toward the in-your-face metal of System of a Down and the saccharine pop of the Spice Girls with equal enthusiasm. This might explain why she spent years feeling like an outsider. Or, it might have something to do with the fact that she grew up in a biracial family and her black peers expected her to embody the characteristics of an "inner-city" kid — another social constraint that set the aspiring artist apart from the crowd.

"I was just confused and I thought, 'Well, maybe not fitting is an identity in and of itself,'" Graham remembers. "'There has got to be other people out there like me, there has to be.'"

Now, at 26 years old, with a master's in criminal justice and sociology, Graham makes music for whom she lovingly refers to as "the weirdos" — something she attributes to her lifelong search for community. To help her facilitate her inclusive give-no-fucks message, Graham forged Tiny Jag — a persona she created by combining a nickname given to her by an ex-lover and her favorite jungle cat.

"With a Jaguar, everything is very innate," Graham says. "She's not at all clouded by the things we're clouded by as a species. I can only aspire to be just as raw and have as much grit and grace as a jaguar. In a lot of ways, I am a tiny version of what I could be."

To her credit, Graham's moniker could not be more fitting. Though she became comfortable in a recording booth as far back as 2009 when she began contributing vocal tracks for other artists, it is Tiny Jag's prowess as a solo artist that is reshaping what it means to be a female rapper in Detroit. For Jag, polite isn't going to cut it.

Take Jag's most recent video for "Soccer Mom" where she is shown begrudgingly tending to a house full of children jumping on beds and drawing on walls before she reaches a breaking point. Jag then takes to the street in an apron, wielding an ice scraper like a katana, and rapping, "Don't you hide ho, come outside ho" — a biting threat to her fictional neighbors and a real-life commentary on a woman's expectations.

"A lot of the time people will ask me how I manage to be such a peaceful person because at the same time my music is so aggressive," she says. "It was never really a soft sound that I had, but it came out so aggressive and I think it's because I had been holding back and walking on eggshells for so long. But everything just led me back to the music."

Jag's quest for duality might have something to do with her early exposure to a particular Detroit "Rap God" — as it was Slim Shady-era Eminem that had the most profound impact on Graham as a person and, later, as Tiny Jag, the unapologetic rapper on the rise.

"That man probably single-handedly changed my life," Graham says of Eminem. "He was a sign of liberation, and to have a little black girl feel liberated by this white man on a television was crazy. The grip he had around my neck as Slim Shady was really something else."

With just a handful of singles out and a sprinkling of live shows scheduled throughout the remainder of 2018, Tiny Jag already has all the makings for a superstar. Her social media presence (namely Instagram, where she is the epitome of aesthetic #Goals) is fire; her style (Wednesday Addams-meets-military athleisure) is primed for prime time; and her perspective is totally her own. As far as the future, Jag is keeping it simple: She wants to keep moving. That should be easy for the radiant rapper, as her debut cassette tape is slated to drop later this summer.

"I'm really not trying to get to the point where I can't go to the grocery store," she laughs. "I'm just trying to be everywhere. I'm trying to move and shake, and I'm at a time in my life where I'm excited to do it. I'm capable of doing it, I'm healthy enough to do it, so I'm ready."