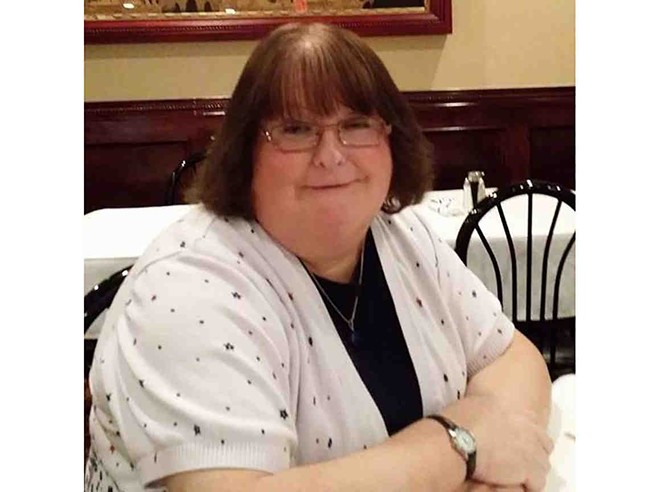 Aimee Stephens made national headlines when she said she was fired from her job at metro Detroit-based GR & RG Funeral Homes in 2013 after coming out as a transgender woman. Stephens then sued her employee for discrimination, and the case is now before the Supreme Court.

But now, Stephens might not live to see the case's decision. According to a GoFundMe campaign set up on behalf of her family, Stephens' health has deteriorated due to kidney disease, and she's now in hospice care.

"Being fired from her employer caused an immediate financial strain, leading her spouse Donna to take on several jobs," the campaign website reads. "Friends and family have stepped in when they can, but years of lost income have taken a toll on their finances. Because of this, we are asking for assistance with Aimee’s future funeral costs and end-of-life care."

Stephens was fired in 2013, two weeks after she gave the funeral home's owner, Thomas Rost, a note about her gender transition.

"I realize that some of you may have trouble understanding this. In truth, I have had to live with it every day of my life and even I do not fully understand it myself," she wrote. "As distressing as this is sure to be to my friends and some of my family, I need to do this for myself and for my own peace of mind, and to end the agony in my soul." Rost then told her it was "not going to work out."

In March 2018, the Sixth Circuit Court of Appeals ruled in Stephens' favor, and the funeral home then appealed to the Supreme Court. The case was heard along with two others in October 2019 to determine whether LGBTQ people are protected from employment discrimination on the basis of sex under Title VII of the Civil Rights Act of 1964.

"I found it a little overwhelming when I realized that I could be in the history books, but somebody’s gotta do it, and I’d be happy and satisfied to be that person," Stephens told Vox that day.

The case is pending a final decision.