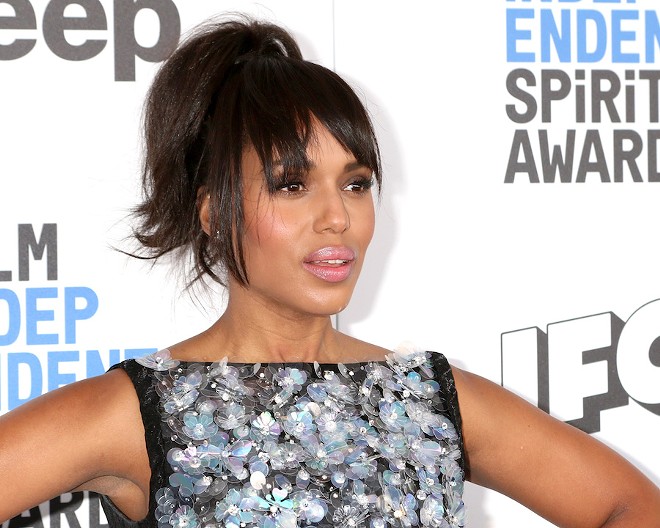 Don't be surprised if you hear the voice of Olivia Pope bellowing through Michigan radio stations to bolster support for Democratic senator Gary Peters.

Kerry Washington, the award-winning star of Little Fires Everywhere and Scandal, is lending her voice in a new radio ad in support of Peters, a first-term Democrat who is up for re-election against conservative political outsider John James.

The ad, released Friday, finds Washington channeling her Scandal character, who is based on Judy Smith, the show's co-producer and former deputy press secretary to George H.W. Bush.

“Hey, Michigan, it's Kerry Washington. This election season, people keep saying to me: 'Olivia Pope, please help us save the day — but I want to tell you a secret,” Washington teases. “You have more power than Olivia Pope because you have the power to vote for a better Michigan. And that means reelecting my friend, Senator Peters. ”

Washington continues, touting Peters' health care record as well as his role as a “champion for Michigan's Black community.” She adds that Peters is the right choice to get the local economy “back on track.”

On Thursday, Washington was one of several celebrities to co-host a CBS voting special, Every Vote Counts: A Celebration of Democracy. Washington appeared alongside fellow hosts Alicia Keys, America Ferrera, as well as guests Leonardo DiCaprio, Lin-Manuel Miranda, and others, to encourage voter participation. “Our actions right now will shape the direction of this country for generations to come so do not sit this one out,” Washington said. “Every vote counts.”

A recent survey of 600 voters revealed Peters' commanding a 48.4%-38.8% lead over the Farmington Hills businessman.