A tour of Michigan's other museums

Learn about planes, trains, and automobiles — and dinosaurs 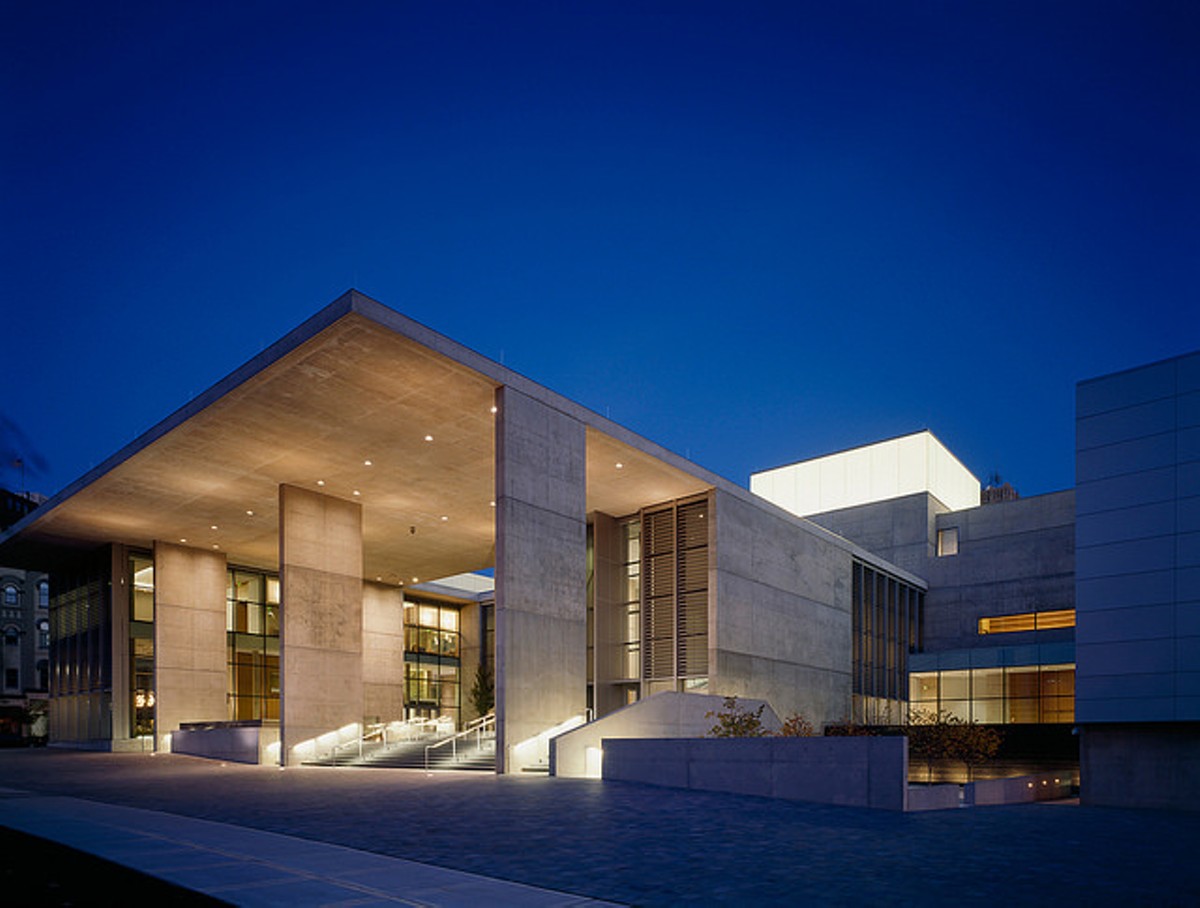 Our regular readers likely already know plenty about the Detroit Institute of Arts, the Charles H. Wright Museum of African American History, the Motown Museum, the Museum of Contemporary Art Detroit, the Michigan Science Center, and the other great museums in the Motor City. But since this is the Made in Michigan issue, we decided to zoom out and explore the lesser-known and offbeat museums our state has to offer — of which there is no shortage.

Ann Arbor Hands-On Museum Usually, the rule at museums is not to touch anything — which is a bummer for curious kids. Ann Arbor's Hands-On Museum remedies that by encouraging visitors to explore four floors featuring more than 250 interactive exhibits on topics such as geology, engineering, math, music, and more.

Air Zoo This museum's collection includes more than 50 aircrafts, the Michigan Aviation Hall of Fame, flight simulators, and even classic bi-plane rides. Currently on view: an exhibit dedicated to Leonardo DaVinci's ahead-of-his-time works (including plans for a Renaissance-era helicopter), and the Smithsonian's Black Wings, a look at African-American contributions to aviation. Both exhibits run through Oct. 4. 6151 Portage Rd., Portage; 269-382-6555; airzoo.org.

American Museum of Magic This museum, founded by magic aficionado Robert Lund, features a dizzying half-million or so paraphernalia dedicated to the craft of sleight of hand, including props used by Harry Houdini, the Great Blackstone, and Clare Cummings, better known to Detroiters of a certain age as "Milky The Twin Pines Magic Clown." 107 E. Michigan Ave., Marshall; 269-781-7570; americanmuseumofmagic.org:.

Arab American National Museum Founded just a decade ago, the museu is the first in the U.S. dedicated solely to Arab culture and history. The AANM hosts rotating exhibitions, productions, concerts, and other programming that helps to dispel stereotypes and brings an often marginalized demographic to the mainstream. 13624 Michigan Ave., Dearborn; 313-582-2266; arabamericanmuseum.org.

The Castle Museum of Saginaw County History Built in 1897 as a nod to Saginaw and Michigan's rich French heritage, this castle was designed in the style of a French chateau. It originally served as a post office, but today hosts as a museum with rotating exhibitions as well as permanent ones — such as period rooms, a look at Saginaw's lumber industry, and Chippewa artifacts. 500 Federal Ave., Saginaw; 989-752-2861; castlemuseum.org.

Cranbrook Educational Community Once the country home of newspaper magnate George Booth, this sprawling, 319-acre campus is now the site of the Cranbrook Educational Community. The Art Museum includes works by Charles and Ray Eames, Andy Warhol, and Roy Lichtenstein, while the Institute of Science features a planetarium and an animal sanctuary. The Cranbrook House and Gardens, Booth's original home, is also available for tours.

Dennos Museum Center Some of the permanent installations at this museum include one of the largest collections of Inuit art in the country, a Hubble Space Telescope Theater featuring ongoing transmissions NASA, and a sculpture garden. Currently on view through September is an exhibition dedicated to skateboard art and culture. 1701 E. Front St., Traverse City; 231-995-1055; dennosmuseum.org.

Flint Institute of Arts Though the FIA's collection is just a fraction of the size of the DIA's, it presents a neat, chronological trip through art history. Highlights include a whimsical chandelier by world-renowned glass artist Dale Chihuly; paintings by Peter Paul Rubens, John Singer Sargent, and Pierre-Auguste Renoir; and one of the world's largest collections of European glass paperweights. 1120 E. Kearsley St., Flint; 810-234-1695; flintarts.org.

Fort Mackinac Situated on the 150-foot bluffs over the Straits of Mackinac, the British-built Fort Mackinac is one of the only surviving American Revolutionary War forts in the country. Today, the site consists of 14 buildings and hosts costumed re-enactments and demonstrations, including a cannon firing. 7127 Huron Rd. Mackinac Island; 231-436-4100; mackinacparks.com.

Great Lakes Shipwreck Museum Among the many artifacts recovered from Lake Superior shipwrecks is the bell from the infamous SS Edmund Fitzgerald. Seasoned divers can explore the remaining wrecks at the nearby Whitefish Point Underwater Preserve, itself regarded as an underwater museum. 8335 N. Whitefish Point Rd., Paradise; 906-492-3747; shipwreckmuseum.com.

Frederik Meijer Gardens and Sculpture Park Founded by the eponymous Meijer supermarket heir, this 158-acre botanical garden and outdoor sculpture park has earned worldwide acclaim. The park hosts a permanent collection of more than 170 sculptures by world-renowned artists and hosts three temporary annual exhibitions as well. New to the park this summer is a Japanese Garden.

The Henry Ford The museum's indoor exhibit features objects ranging from the chair Abraham Lincoln was sitting in when he was shot to the bus where Rosa Parks famously took a stand. Outdoors is Greenfield Village, featuring nearly 100 historical buildings relocated from their original settings, such as the Wright brothers' bicycle shop and Thomas Edison's laboratory. 20900 Oakwood, Dearborn; 313-982-6001; thehenryford.org.

Holocaust Memorial Center This museum's present-day location turned heads when originally built, making headlines for its controversial architecture that resembles a Nazi concentration camp. Though the subject matter is heavy, millions of visitors have praised the museum for shedding light on one of the darkest chapters of human history.

Michigan Women's Historical Center and Hall of Fame This museum honors the contributions by women who were born or lived in Michigan, from Sojourner Truth to Grace Lee Boggs to Serena Williams. The center also includes the Belen Gallery, which features art from female Michigan artists. 213 W. Malcolm X St., Lansing; 517-484-1880; michiganwomenshalloffame.org.

University of Michigan Museum of Art In 2009, U-M's art museum went through an expansion that nearly doubled the facility and made it one of the largest university art museums in the country. One of the new additions to the structure is the "Vertical Gallery," a three-story space that allows for the viewing of monumental sculptures and paintings. 525 S. State St.

University of Michigan Museum of Natural History Among this museum’s permanent collection is the largest display of prehistoric life in Michigan, which includes fossils, models, and dioramas of donosaurs, mastodons, and more. Other exhibits highlight Great Lakes native animals, anthropology displays from cultures around the world, and geological finds. 1109 Geddes Ave., Ann Arbor; 734-764-0478; lsa.umich.edu/ummnh.

Yankee Air Museum This museum honors the World War II-era plant, which manufactured B-24 Liberator bombers. Construction recently started on a multimillion-dollar expansion that will broaden the scope to include postwar aviation and spaceflight; the project is expected to be completed by summer of 2017. 47884 D, Belleville; 734-483-4030; yankeeairmuseum.org.

Tags: Made in Michigan, Museum, Michigan