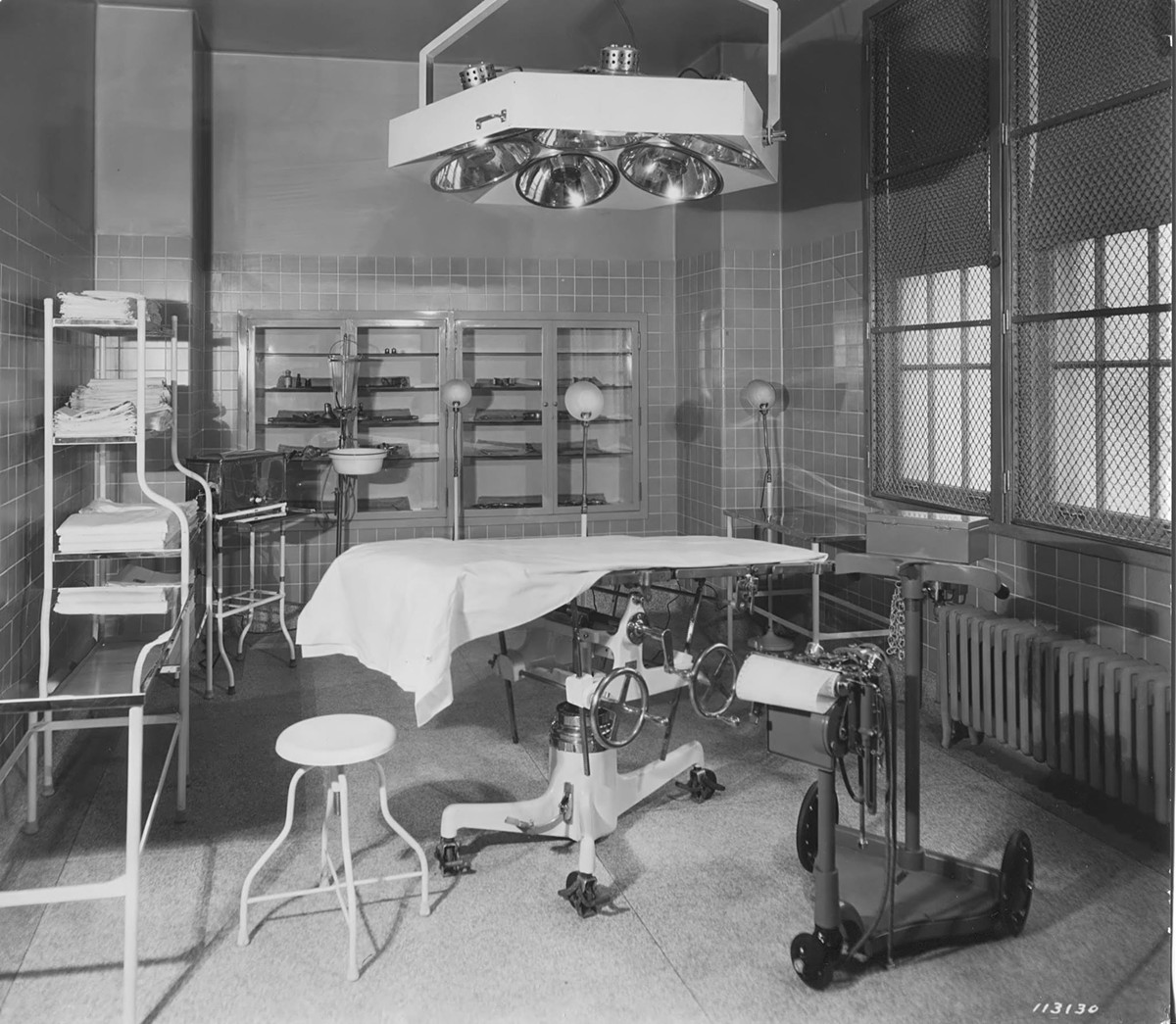 Friends of Eloise
A state of the art operating room at Eloise when it was built in 1925.

Back in the '60s, everyone knew what happened if you "went nuts." The guys in the white coats came and took you away to Eloise, which was a big scary insane asylum somewhere out there.

I didn't worry much about that as a teenager, even though my parental units may have threatened me with it a time or two. (Most of my friends seemed more worried about "Maxey," which they correctly understood to be some sort of a juvenile prison.)

Indeed, much of what I thought or was taught as a kid turned out to be false, from Santa Claus to the Easter Bunny, on through the notion that everybody who worked hard could get ahead.

But there really was an Eloise, a huge sprawling hospital complex with thousands of patients out in what is now Westland.

Not everybody in Eloise was mentally ill, though that's what it was famous for. Michigan had, at one time, 16 psychiatric hospitals.

Tossing the mentally ill into what used to be called "insane asylums" was not always the best policy, and was expensive besides.

Now, nearly all those institutions are gone.

"There were very good reasons to get rid of most of our state hospitals," Gerry Goffin tells me. "These hospitals were outmoded, largely ineffective, and often inhumane."

Now a retired supervisor for a community mental health board, Goffin spent his life working in the system, including a stint in Eloise before it too closed in 1982. Indeed, nobody who knows anything really regrets the passing of the huge, scary, "insane asylums."

Or at least nobody would — except for one thing.

There are indeed still people with mental illness who do need to be hospitalized, at least temporarily, for their own safety as well as for others. But most of the time, there's no place for them to go.

"Often these days, when you are trying to find a bed for a (mentally ill) person all agrees needs hospitalization, you feel like it's Christmas Eve, your name is Mary and Joseph — and you can't find a bed anywhere," says Tom Watkins.

Watkins knows what he is talking about; he just completed four years as president and CEO of the Detroit Wayne Mental Health Authority, and back in the 1980s he was director of what was then the state mental health department. He thinks the idea that we are taking care of the patients is a cruel joke.

There are indeed still people with mental illness who do need to be hospitalized. But most of the time, there's no place for them to go.

"There is not a mental health 'system' in Michigan, or for that matter in America, he tells me. "We have a disjointed collection of too few state hospitals, private hospitals that are seeking to profit off public patients and hence don't want those who are too sick or too aggressive, and too little state and community resources aimed at developing community-based programs."

Community-based mental health centers and outpatient programs were, indeed, what was supposed to happen.

Starting as early as the 1960s, traditional networks of state-run mental hospitals began to be closed. Much of the mental health community still bitterly remembers John Engler closing Detroit's Lafayette Clinic in 1992. Later, he went on to close three-quarters of all mental institutions in the state — and this was done in what seemed an especially brutal and uncaring way.

But it isn't fair to pin the blame entirely on Engler; the move away from institutionalizing the mentally ill began as far back as the 1960s, and in many cases made sense. Some people were indeed merely being warehoused back in the day.

That, again, was what was supposed to happen.

We started to go off track, he tells me, after Congress passed the Community Mental Health Act of 1963. It was supposed to work this way: States would be given financial incentives to close their bad old mental hospitals like Eloise. In return, Washington would fund a network of community-based outpatient and mental health centers.

They would replace the services the old mental hospitals were supposed to supply. This was actually the vision of President John F. Kennedy, who was acutely aware of mental illness.

Except... that vision never happened.

Oh, the old mental hospitals were closed. But, as Mack tells me, "the community health centers that were to be the backbone of the promised community system failed to materialize."

That's mostly because Congress failed to provide funding for them, essentially breaking a promise to the American people.

That leaves us with our present system.

You might think that was the closing of places like Lafayette Clinic and Eloise, local hospitals would at least have set aside more beds for people with mental illness. You might think that, but you'd be wrong. The Michigan Department of Health and Human Services reports that in 1993, state community hospitals had 3,041 psychiatric beds for adults and another 729 for children and adolescents.

A quarter of a century later, and that's fallen to 2,197 adult beds and a mere 276 for those under age. That just increases the odds that a severely mentally ill person will wind up instead in that least therapeutic of environments — jail. "We are now using jails and prisons as our de facto mental health system," Mack says.

We certainly are. Recognizing that, the Department of Health and Human Services conducted a seven-month study that produced a report Feb. 13. It said we could drastically improve mental health care if we were willing to spend a reasonable amount of money.

That's no doubt true. But that would mean a bunch of legislators who have stubbornly refused to properly fix the roads suddenly agree to do something rational about mental health.

Right. Well, it could be worse... though I'm not sure just how.

Speaking of John Engler: As the world knows, Engler is now the interim president of MSU. Naturally, we don't know what interim means, but there's a funny backstory connected to this.

When he got the job in January, newspapers, primarily the Detroit Free Press, reported that former Governor James Blanchard, a Democrat, would also be working for MSU as a special advisor.

But the next morning, some of the coverage made it seem as if they were jointly leading MSU. I called Blanchard and asked what had changed. He said the political equivalent of "huh?"

Turns out that one trustee had told the press that to try and convey an atmosphere of bipartisanship, and the press took it at face value. Blanchard said he didn't care — until the Washington-based law firm he belongs to, DLA Piper, was hired to advise MSU in handling any federal investigations of the Nassar mess.

If Blanchard was in fact on the MSU payroll, that would probably been seen as a conflict of interest — which is why he wants it known now that his "special advisor" role was a media fiction.