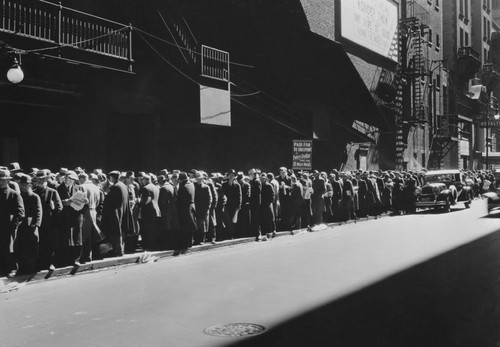 Our attention was drawn to an interesting piece in today's Detroit Free Press. It had business writer John Gallagher kicking the tires on Michigan's economy. Though the paint job is great and the numbers look impressive, Gallagher lifts up the hood and shows that the engine is sputtering, and can't keep up with other states.

It's an eye-opener, because we almost never see mainstream journalists point out that numbers like unemployment statistics have been tweaked by politicians to the point where they're not reliable measures of economic health. Yes, in alternative media, alternative economists such as Michael Hudson, former politicians such as Paul Craig Roberts, or journalists such as Dave Lindorff will refer to such sites as Shadow Government Statistics to demonstrate that the numbers we get on the evening news are almost meaningless. Like Gallagher, they point to the actual number of adults participating in the workplace.

But they don't do as good a job as Gallagher showing readers how people can be responsible adults who simply don't participate in the labor force. Gallagher spends almost 1,000 words trying to prove to his fellow Michiganders that you can be a virtuous person of 65 or younger, even though you don't work for a living anymore.

It's a good bit of journalism, especially because it challenges the mainstream perspective (the state's 4.5 percent unemployment rate is based on how many workers are filing for unemployment, not how many have had their unemployment run out) and that of a robust recovery (is it a recovery when you have to have two of that recovery's jobs to pay the bills?). In fact, Gallagher goes on to point out that when it comes to economic activity, Michigan is slipping behind other states, such as Virginia and Washington.

The problem is that, at the end of the day, you asking a business writer for answers to the state's economic slump is like asking a shoe salesman if you could use a new pair. Gallagher seems content to point out that pro-business Gov. Snyder has top men working on a "Marshall Plan" to boost the state's economy. Even so, other experts in the field, asked when we'll get to where we were with good jobs in 2000 have an answer: never. An expert from U-M says of the quarter of a million good jobs lost in the last few decades: "I don’t think there’s any way we can ever get back to 2000."

But nowhere in the article is a more important question being asked, one that, in deference to Gallagher is admittedly above the pay grade of a mere business writer: What does it mean when a state can't look to its business or its government for answers to how they're make a living? What do Michiganders do when experts, businesspeople, and wonks say to them: "You can kiss the jobs that used to sustain you goodbye. There is no alternative way forward." Do we move back to an agrarian society in which we grow parsnips and live in mud huts?

Judging by the answers Gallagher found talking to people who simply aren't participating in the economy anymore, there are some more sensible solutions. Some of those interviewed were injured by privatization and speed-ups. Perhaps a strong public role as employer and regulator might help. Or maybe a shorter work week would mean more jobs with less stress and more time for spending that disposable income. Some of the folks Gallagher talked to rely on government money to pay the bills and help their families. Perhaps a universal basic income might present answers. Others he interviewed are secure enough in income to do good work that satisfies their need for participation. That's proof right there that giving people money doesn't mean they'd just sit on their selfish butts and take it.

Another fact beyond the purview of a "business writer" is a political idea known as a "social contract." It's a largely implicit idea that people are good citizens insofar as the government they receive ensures their safety, health, and wellbeing. When governments can no longer safeguard those things for the rank-and-file people who make up a nation, those people have an implicit right: to turn around and give their "governors" their walking papers. It usually brings on a difficult time of conflict and upheaval, given that the people tend to express their will in an increasingly physical manner.

Personally, we hope it doesn't come to that. It tends to usher in an exceptionally difficult time for "business writers" to ply their trade.