How I used cannabis to treat my dog’s cancer 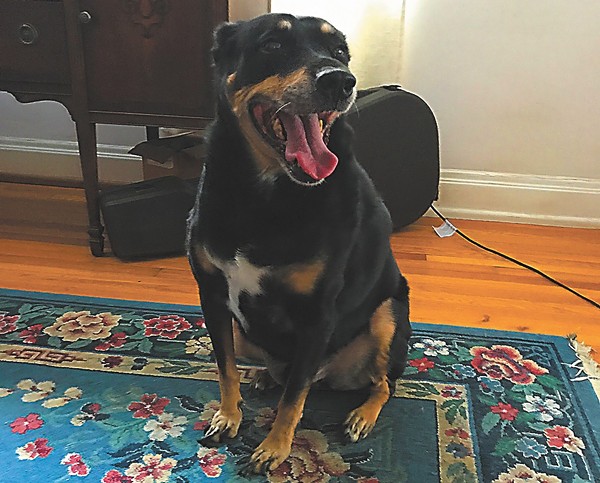 This is the story of a dog named Kai.

A little over three years ago a walnut-sized lump appeared on my dog's side. I took him to a vet and the doctor told me he didn't handle such things, and downplayed its seriousness. No big thing. So I was in no rush to do anything. However, a few months later, the lump started growing fast.

I had other illness and problems in my household at the time, and I put Kai low on the priority list. He became lethargic, laying around and barely moving. When he went out in the yard he needed assistance to climb the three steps to the porch to get back in the house. Other lumps began appearing on his body. His breathing became labored at times.

I finally took him to a different vet. This doctor told me that my dog had cancer. He had a tumor wrapped around his carotid artery that would be tricky and difficult to remove. He said an operation would cost $5,000 and the tumors would reappear within a couple of months. This was in late April 2016. The doctor said Kai might live until June or July.

I took my dog home feeling depressed and guilty that I had not acted sooner. Kai's decline seemed to continue. Then one day I remembered that I had been at a compassion club meeting one day where a guy had claimed that he'd cured his dog's cancer with Rick Simpson Oil (RSO).

RSO is a medication derived from marijuana. It's like a concentrate of cannabinoids. Simpson, a Canadian, developed the oil and claims to have used it to cure his skin cancer. There are numerous methods to extract the oil described on the internet. Simpson's website Phoenix Tears has a lot of information, including testimonials from patients who claim to have been cured or received relief from numerous ailments.

At the time I searched around online to see what it said about marijuana and dogs. Most sources said that it was toxic for dogs. One site's information was that it would perk up your dog for a while but then one day the dog will have a seizure and die. That didn't sound too bad. Kai already had a death sentence and making his last days better seemed a good idea.

The basic recipe to treat cancer calls for two pounds of high quality marijuana. One uses a solvent such as alcohol or naphtha to strip the oil from the buds, then cooks off the solvent at a low temperature to leave the oil. There are other extraction methods, such as butane, but they are all trickier than the solvent method and a bit dangerous. When you hear about explosions at a marijuana facility it's usually due to some extraction amateur having made a mistake.

I didn't have two pounds of high grade marijuana, nor the inclination to be working with solvents around heat. I had run across people with RSO before so I started searching. Unfortunately, this was around the same time that things were heating up in Detroit with dispensary shutdowns and everybody in town was running scared. They took all the concentrate products off their shelves and sold only marijuana flowers. Still, I located some at Om of Medicine in Ann Arbor. The oil comes in a plastic syringe (no needle), so you can dispense it easily.

I bought an oil that was way more THC than CBD, and began administering Kai an amount about the size of a grain of rice twice a day. According to Simpson, taking this amount three times a day for a few months will cure cancer. I know a few people who swear by this regimen. I gave it to Kai twice a day to compensate for the lower body weight of my dog. I don't know if this is the right thing to do or not. I don't know if body weight enters the equation.

The first few weeks Kai continued his lethargy, and mostly seemed to lay around stoned. There were days when he seemed to stand in the middle of the yard disoriented, unable to figure out what direction to go.

Then he started to perk up. He was more alert and energetic, and started behaving as he used to. He'd bark to let me know someone was approaching the front door. He'd greet me when I came in, and he spent more time in the yard. One day when I was out there with Kai, as I walked up the steps he was at the side of the porch where there were no steps. He literally leaped onto the porch. It blew me away. Formerly, he couldn't even walk up the steps.

June came and went, as well as July, and Kai kept moving on. In fall 2016 he seemed to slow down. But, as I found out then and now, he's an old dog and usually slows down in the winter. Some of his smaller tumors disappeared. The big one is still there, but it stopped growing.

There was another development of note. The high THC RSO became unavailable. Last spring I could only get RSO that was about 50-50 with THC and CBD. It seemed to work so I kept it up. Then, a couple of months ago my RSO choice moved to a mix that is about two-thirds CBD and one third THC, plus a smattering of other cannabinoids such as CBN (best known for its sedative effect), and CBC. To tell you the truth, I think he's been doing even better with the high CBD oil. He seems less lazy some days.

Kai is an old dog, and I have had other old dogs. He's a dog who just might be dead except for marijuana. Or was the doctor mistaken in his original assessment? It's hard to tell. I haven't been back.

Anyhow, I can't say Kai has been cured. The bumps are mostly still there but stopped growing, and some others even seem to have shrunk a bit. The fact that he still has some of the lumps makes me afraid to stop giving him RSO. I fear they will start growing again.

I do know that he's not dead and looks like he is going to make it through the winter. I also don't believe he is going to suddenly have a fatal seizure caused by the RSO.

Kai is not suffering. No crying and moaning. He's alert enough to participate in our day most of the time. He still has a hearty appetite and his bowels are moving. He's an old dog; a good dog.

And he's still alive 18 months after I was told he would die. That's good enough for me. 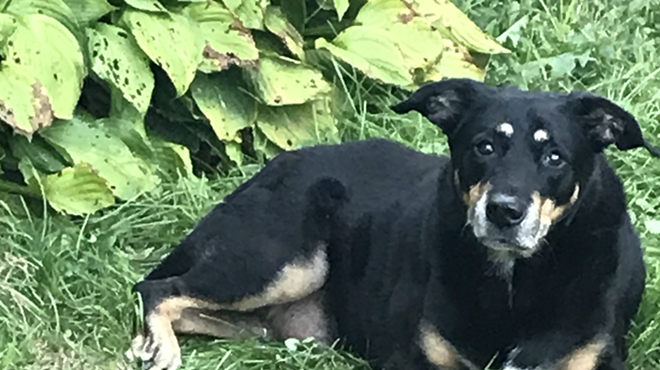 After treating my dog's cancer with cannabis, he's still alive — more than three years after a vet said he'd die