Al Ameer's Ali Hachem on the joy of Lebanese cooking 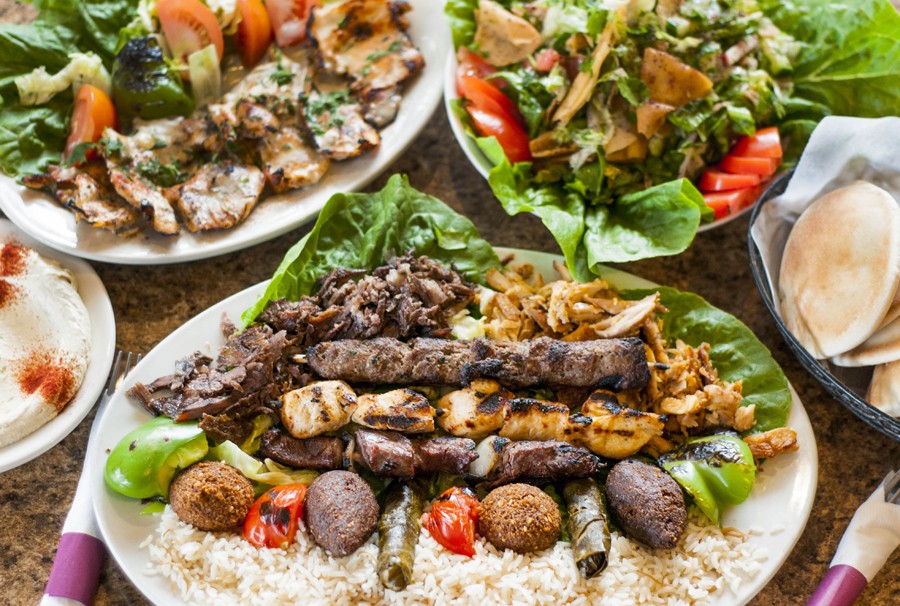 The dish that Dearborn's Al Ameer is known for in the Lebanese community is the boneless char-grilled chicken, a common plate at the nation's weddings and celebrations.

While it perhaps sounds like a slightly American menu item, the name is modest — it's comprised of thin, char-grilled breasts with blackened edges that arrive in a small puddle of a deeply flavorful, lemony, garlicky "gravy." As a manager explained, there are a lot of recipes for char-grilled Lebanese chicken in Dearborn and Al Ameer remains a trusted source in town.

But, then, you could blindly point to just about anything on Al Ameer's menu and end up with something that's considered authentic and deeply flavorful.

In fact, the restaurant consistently runs at such a high level that the James Beard Foundation chose it in 2016 for its American Classic's Award, which goes to eateries that "have timeless appeal and are cherished for quality food that reflects the character of their community."

Long before the national exposure, Al Ameer was considered one of metro Detroit's best. It opened in 1989 at Warren Avenue and Miller Road just as Dearborn's Lebanese population spiked because of the civil war in Lebanon and the jobs at our region's auto plants. Co-owner Ali Hachem says his dad and uncle — Zaki Hachem, Khalil Ammar — were chefs back home and met here before launching the restaurant.

It remains a tightly run operation, owing partly to the Hachem family's continuing hands-on involvement. There's also experience in the kitchen, where longtime chefs, some of whom have been with the restaurant since the beginning, man the vertical spits on which dozens of layers of beef, lamb, onion, and spices baste in their own fat and juices to produce what's among the fullest, richest shawarma you'll find.

We talked with Ali Hachem about Lebanese cuisine — arguably the best of the Middle Eastern foods for its Mediterranean bent and heavy reliance on the sort of holy trinity of garlic, lemon, and extra virgin olive oil — and what it takes to catch the attention of the James Beard Foundation.

Metro Times: When people say 'Middle Eastern" food they're covering a lot of turf. Like we don't say "European" food when we're talking about French cooking. What are the differences between Lebanese and other Middle Eastern cuisine?

Ali Hachem: Ethnicity mostly, because Middle Eastern cuisines are very similar in each culture. Each has its own twists on each meal. Some of them make salads with extra wheat, some with no wheat at all. It's more of a cultural diversity thing.

MT: What are some of the ingredients that are common to Lebanese dishes?

Hachem: Chickpeas, lemon, olive oil, and meats, like poultry and lamb — really healthy food. Lebanese is more attracted to the Mediterranean diet with lots of fish, as well. Nothing is deep fried — everything is grilled.

MT: What about spices?

Hachem: Salt and pepper mainly goes into all the dishes. Sumac is a spice we use that goes in the fattoush. Lots of cayenne, black pepper, white peppers — all different peppers.

MT: I've heard that Lebanese cooking is the French cuisine of the Middle East. Would you agree, and, if so, why is it a superior cuisine?

Hachem: I agree because I am biased. It's more attracted to the Mediterranean diet. It's very healthy food. We use a lot of garlic — anything that's better for us, for our body. Not like American or Italian, which is heavy and has a lot of bread and pastas. Ours don't attract cholesterol.

MT: Many people feel that Al Ameer is consistently one of the best Lebanese restaurants in Detroit, and that opinion could be supported by your recent James Beard Award. What are you doing that sets you apart?

Hachem: We host a friendly atmosphere and the prices are reasonable. All of our produce comes from within our own community, and we try to be as authentic as possible, and try to be consistent.

Hachem: They're similar, though I can't speak on behalf of other restaurants. But the reason we're always favored is partly because the family members are invested at all times. One of us is always here. In regard to meals, we try to offer a broad range of Lebanese meals, and we try to carry all the dishes of the country on our menu.

Hachem: Not as much as you see here. Usually you'll find minor differences, but nothing too severe. Everywhere you'll find the same plate like hummus or baba ghanoush, but every restaurant has its own kick.

Depending on the meal, the shish kabob skewers — fully prepared — take 10 to 15 minutes on the grill. But the stuffed lamb may take 4 to 6 hours in an oven to be heated and roasted well enough.

MT: I wasn't aware that you guys own a butcher shop. Tell me about that.

Hachem: That was something that came in the early 2000s, so we can get our own beef, lamb, and we're our own supplier. That way we know what we're cutting, buying, and selling, and also because of the halal process.

It's about cleanliness. We have always been halal, but with the addition of the meat market, now we have control over it.