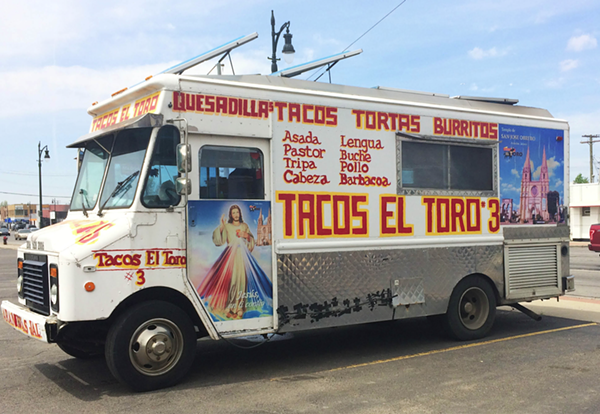 The taco is in its golden age in the U.S., and though there're plenty of restaurants in the city turning out quality Mexican fare, Southwest Detroit's taco trucks are a solid source for finer, inexpensive tacos. These are no-fuss, unpretentious trucks that peddle the simple and traditional with taco standards like asada, chorizo, al pastor, tinga, and barbacoa. For the more adventurous, most also cook up offal, like tripo (tripe), or juicy lengua (tongue). The trucks are worth tracking down, but it can be tough to choose or get acquainted with them ahead of time if you're unfamiliar with Southwest Detroit. There's little marketing, and it's unlikely that you'll find them at a Ferndale food truck rally, so check out a few of our favorites here.

It's the trompo — a vertical spit not unlike what Detroiters commonly see with their gyros — that El Parian uses for its tacos al pastor that helps create one of the best bets in Southwest's tacoland, off a truck or otherwise. Al pastor purists will tell you a trompo-less pastor is no pastor at all, and they might be right. Skipping the spit is a common shortcut, but its utilization leaves a slight char that makes a world of difference in flavor and texture. As the spit spins, the fat slowly drips down the pork shoulder, which is essentially basting. (Parian is only missing the pineapple at top to drip sweet juice down the skewer.) The pastor is red with achiote, and be sure to load up your plate with the citrusy red onion and pepper mix that, as one local taco expert phrased it, is the final touch of a "mind melter" taco. Also worth a look are the quesadillas, which arrive enveloped in a flour tortilla with gooey, stringy Oaxaca cheese, and all your trimmings on the side.

El Parian has three locations: In the parking lot at the Vernor/Dix/Waterman intersection; at Vernor Hwy. and Ferdinand St.; and at Springwells St. and the Interstate-75 Service Drive. 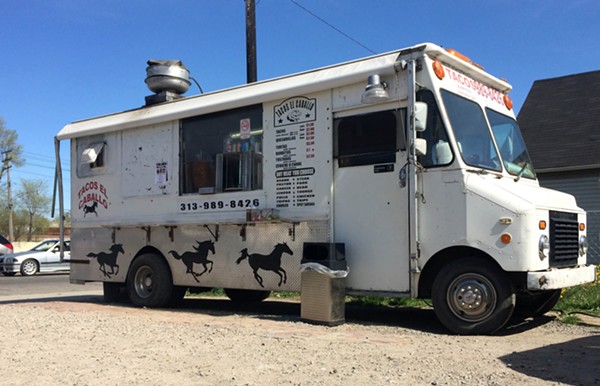 Veloz hangs a little off the beaten path in the parking lot of a nondescript commercial building on Toledo just east of Livernois. It's unique in that you place your order at the window, then go sit down in a small room in the building where you can grab horchata while you wait. Veloz's best taco is the asada — griddle-crisped shards of salty steak come wrapped in a warm corn tortilla that's served under a small mound of cilantro and diced red onions. Also check out the al pastor, which are on the sweeter side of Detroit's pastor spectrum, and that sweet-savory balance makes them better than most. The super flavorful tiny crumbles of chorizo are another winner. As a bonus, the tacos arrive with a wad of caramelized onions and a charred, spicy, dark green jalapeno.

El Toro's truck is the most visually interesting with its painting of Jesus with the words Jesus en ti confio (Jesus, I trust in you) and a depiction of Jalisco's Templo de San Jose Obrero church. It sits on Southwest Detroit's far west side, and a comically grumpy lady will take your order (but that only adds to El Toro's charm). Here, the beef barbacoa is the best, and prepared in a traditional fashion. Barbacoa is Mexican barbecue, but it's stewed, slow-cooked meat that's left super tender, and is done in a rather tame broth. More modern twists on the recipe call for wilder broths, but the thin strands of beef are meant to absorb the salsas and other flavorings, so grab El Toro's sauces and squirt them on thick. Also check out the hefty and filling tortas made with fresh bread.

Located at 6835 Michigan Ave. at Michigan and Martin Road.

We will always love Tacos El Caballo for giving Donald Trump the middle finger during the election season. But we also appreciate them for their tacos, of which the al pastor are the best, though the tripe should be tried, too.

Located in a lot at 1445 Springwells St. 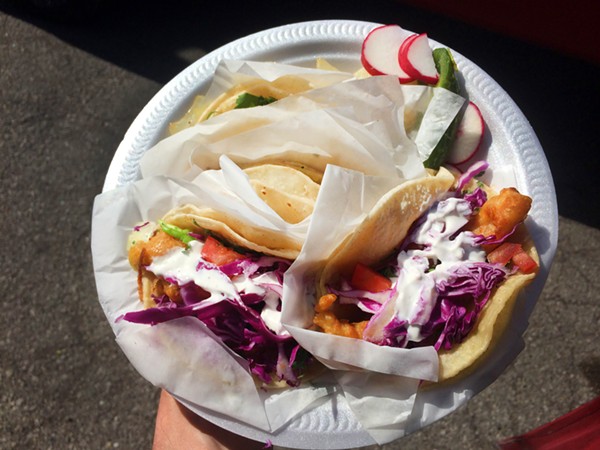 There are a lot of reasons to love El Rodeo — the cook who you can hear singing in the truck from 50 feet away, the rodeo graphic, the marinated red onion and hot pepper mix — but the best part is that they sell good fish and shrimp tacos, which are a rarity in Detroit. Most of Detroit's Mexican immigrants aren't from coastal towns, so the neighborhood is not known for its fish tacos. These come with their respective sea creatures deep fried and topped with crunchy red cabbage. The asada is another solid option, as is the goat. The latter isn't on the menu, and though we visited on a Tuesday, goat is mostly a weekend thing. You have to ask for it, and if you like super tender meat slow cooked in a flavorful mix of warm, spicy, peppers, then you'll want to do so. El Toro's salsas are also a cut above the competition.

Morales might have Detroit's best chorizo. The loosely-packed crumbles of juicy spiced sausage are salty — but not too much so — and flavored with chile, spices, and an acidic tang. The tacos come with the requisite lime wedge and a coating of red onion and cilantro, and Morales also offers a range of sugary treats and elote.

Deep in Southwest at Vernor and Casper, El Imperio is an all-around solid truck, of which the best offering is its chorizo. Beyond that, try the ceviche, with seafood marinated in citrus and jumbled with plenty of red onion and cilantro.

Rico's isn't a taco peddler, nor is it even a truck, but it's elote — mobile Mexican food and every bit as delicious as its counterparts, so we're working it in. You'll know you're getting close to Rico when you head down Vernor and begin worrying that Arandas Tires is on fire. It's not. It's Rico's ears of corn, which are charring on a huge, mobile smoking grill underneath one of Aranda's structures. The black and deep yellow corn is shaved off the cob and comes stuffed in a cup with layers of mayo, parmesan and a coating of chile powder, if you seek the heat.

Located in the parking lot at Aranda's at 8438 W. Vernor Hwy. 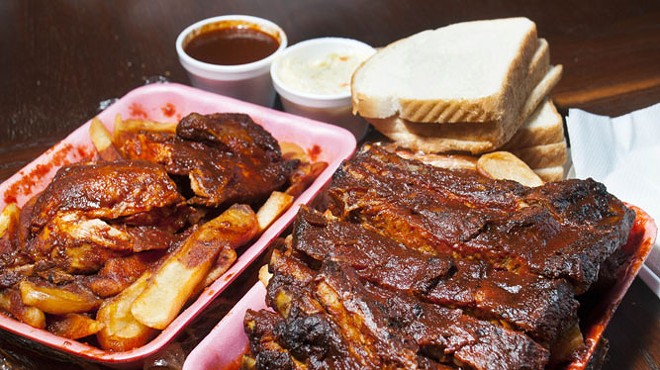 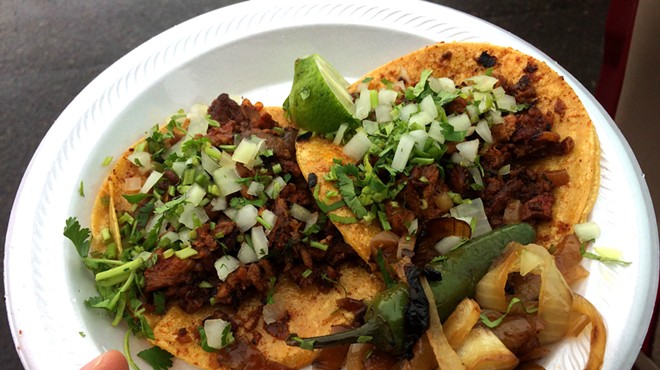