There’s no catch and no income requirements, just an initiative to keep residents of New Center, Highland Park, and Hamtramck wired 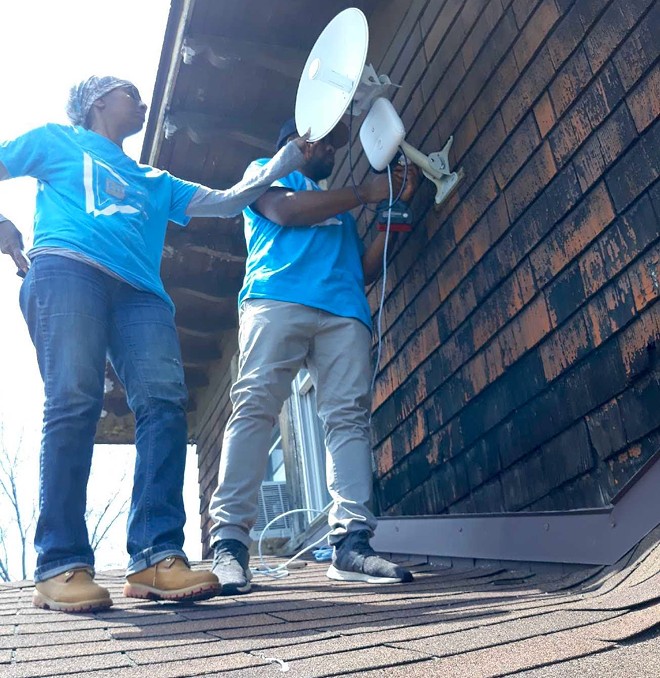 Approaching random Hamtramck residences and offering them free internet service sounds like it could be a farce or a bad horror movie waiting to happen.

But in this case, there is no catch or boogeyman lying in wait. The North End Woodward Community Coalition (NEWCC) provides internet service completely free of charge to residents of Hamtramck, Highland Park, and Detroit’s New Center neighborhood.

“It’s indefinite until you decide that you don’t want it anymore,” project coordinator Camille Reed explains. “There is no month-to-month fee. You’re not paying anything. You don’t have to bundle anything and we don’t make you feel bad if you decide to leave us. And if you’re moving within the area, we can move with you.”

“Digital redlining” is a problem in many communities. Nonprofit investigative newsroom The Markup found that several Internet Service Providers offer residents in cities with high minority populations like Detroit terribly slow internet for similar rates that they charge more affluent cities for much faster speeds.

The Markup analyzed around 1 million internet offers from AT&T, Verizon, CenturyLink, and EarthLink in nearly 40 American cities including Detroit. The newsroom published a report in October showing roughly 40% of internet offers in Detroit were for slow speeds below 25 Mbps — which is so slow the Federal Communications Commission doesn’t even consider it as broadband service.

NEWCC Executive Director Reverend Joan Ross says digital redlining has long been a problem in Detroit, with many people having slow internet or no access at all. 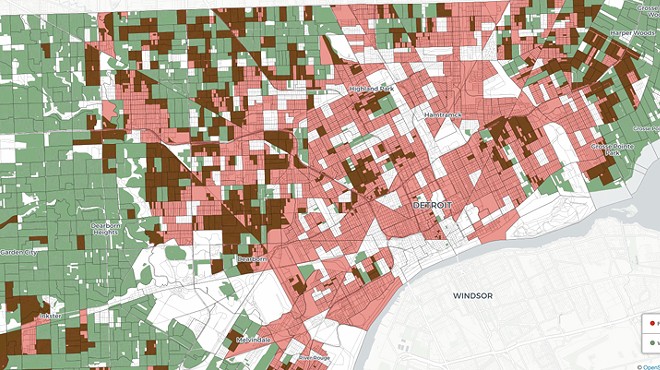 Detroit’s digital divide is leaving nearly half the city offline

The non-profit started offering no-cost connections through its Equitable Internet Initiative in 2016 in New Center. It expanded to Highland Park during the pandemic when they learned children in the area were largely without internet access and couldn’t take their classes or complete homework online.

They soon realized how many seniors were also cut off from the world during the pandemic with no opportunities to socialize in person.

“A lot of seniors, who maybe their community was in the church and they could no longer go there and they didn’t have internet access, they were literally just on the planet with no connection to anyone and nowhere to go,” Ross says.

The coalition now provides free internet to the entire Labelle Towers senior living community in Highland Park, and is working toward hooking up every senior housing building in the neighborhood.

It’s not just for seniors or families with children, however. NEWCC will provide internet service to anyone who lives within the service areas, and there’s not even an income requirement.

“We don't income qualify people because we believe that all people in Detroit need this service,” Ross says. “It was designed for families that did not have access or low-income families that could not afford using commercial ISPs but during the pandemic, we did not income qualify. If you lived in our neighborhood and we could get a signal to you, we believed your child needed to have that signal. We still don’t income qualify.”

NEWCC’s internet service is distributed from hub locations they’ve installed in these neighborhoods. The hubs must have a clear line of sight to the organization’s office at 7700 Second Ave., where the internet signal comes from.

In total, the group provides internet service to about 400 homes across the three communities.

“I think the federal government should pay for everybody’s internet and we shouldn’t have to be strapped with this $118 a month bill,” she says. “It’s so unfair. We had a senior who had to work from home once the pandemic hit and her internet got so high that she couldn’t afford it. She was just doing a little part-time job from home but had there not been some other way, she wouldn’t have had any work at all.”

She adds, “We can do this within our neighborhood. Some people say we can’t sustain it. Well, why not? We’ve sustained it for five years and we have 400 connections and [we’re] growing every day.”

NEWCC started as an emergency food pantry in 2006 and has since evolved to offer a mobile pantry, a community radio station, and a community land trust called Storehouse of Hope, which purchased a slew of tax-foreclosed homes and offered occupants low-cost rent.

The idea was to keep people in their homes and eventually return ownership back to them, but the program has been criticized as it struggles to keep up with repairs of deteriorating homes. Some occupants have even called Ross a “slum landlord” as most of them have been unable to purchase their home from Storehouse of Hope.

For now, the Equitable Internet Initiative is funded through grants from organizations like the Knight Foundation and Toni Foundation though Ross expresses uncertainty about how long funding will last.

“Grants are like you’re the flavor of the month,” Ross says. “Last year the Knight Foundation gave us a three-year $750,000 grant to build the North End. They didn’t say anything about Highland Park and Hamtramck. At the end of three years, they may say, ‘Well you know it was a nice deal, but it’s just one of those things. We’re gonna move on.’”

Ross notes that the infrastructure and network will always be in place. If the organization has trouble finding continued funding, she says they may eventually have to charge people for the internet, though any fees would be minimal.

“Maybe then I’ll have to say, ‘Hey clients you’ve had this for five years for free, now I don’t have any more money, would you be willing to pay me a third of what you would pay Comcast so we can keep this going?’” she says. “We do have them sign an agreement that it’s our equipment and I don’t know how long I can keep it free. I’m gonna try my best to keep it free for a long, long time, but if not, could they pay $5 or $6, or $10 a month? I don’t know.”

Ross says the most important thing is that the internet service stays affordable.

“Right now, everybody’s talking about digital equity and this is an on-the-ground solution,” she says. “It’s community thinking for itself and we have ownership of this. This is ours. I want us to have ownership of these things and not just feel that everything is being extracted from us.”