Proposal 2 would expand access to the polls – not encourage fraud 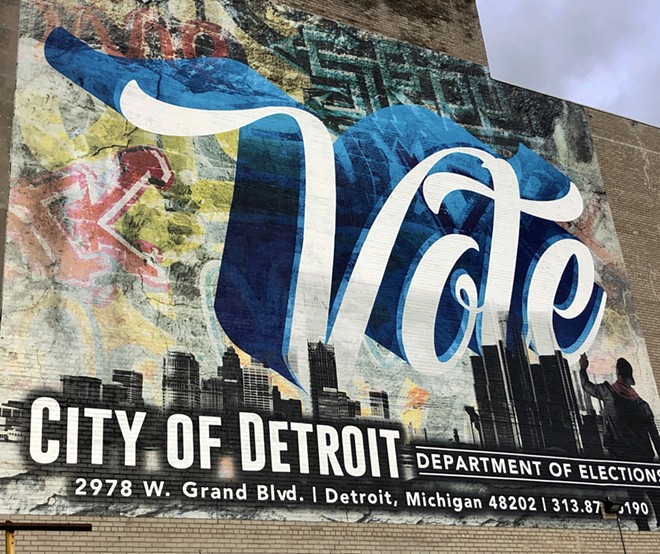 As the state’s former longtime elections director, Thomas spent nearly four decades protecting the ballot box and ensuring the accuracy of the count.

During his tenure, elections were secure, trusted, and stable.

But, he said, access to the ballot box could have been better.

Talking with reporters Thursday, Thomas said he supports Proposal 2, a November ballot initiative that would create a constitutional amendment to protect and expand access to the polls. It calls for nine days of early voting, secure drop boxes, ballot tracking, public funding for postage on absentee ballots, and additional time for military and overseas voters to return their absentee ballots. The initiative would also allow voters to request an absentee ballot for all future elections.

Thomas met with reporters because he’s seeing a lot of “fear-mongering” that could derail the proposal.

“I see a lot of misinformation out there that is mischaracterizing what this proposal does,” Thomas said. “There’s nothing new or novel about this proposal. This is something that Michigan lacks in its election portfolio.”

When Thomas oversaw elections, voters trusted the outcome. All of that changed after the 2020 presidential election, when former President Donald Trump and his supporters spread lies about widespread fraud.

Now Republicans are exploiting that distrust in an attempt to get voters to reject the proposal. One tactic is to convince voters that the initiative would allow people to vote without a photo ID, creating an opportunity for fraud.

Under the current law, voters who don’t have a photo ID can still vote by signing an affidavit attesting to their identity under the penalty of perjury. Their signatures are matched with the voter file. More than 18,500 Michiganders voted by affidavit in 2016, a tiny fraction of the total votes cast. In 2020, about 11,400 people who voted in person signed an affidavit.

“The law would not change at all,” Thomas said.

Thomas said the ballot initiative is only intended to expand access to the polls and that no party has an advantage if more people are able to vote.

“This is a common-sense proposal that stellar election administration states have already adopted,” Thomas said. “It’s very voter friendly and secure. … I have hard time understanding the opposition.”