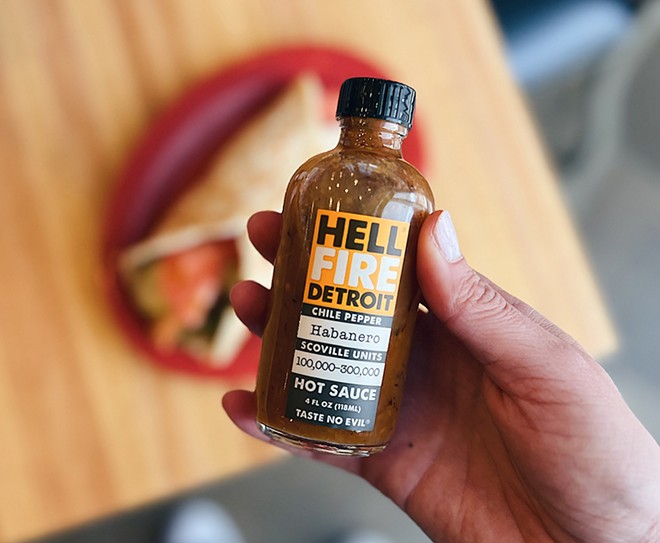 Local hot sauce company Hell Fire Detroit just turned up the heat even higher following its appearances on the popular interview show Hot Ones, “the show with hot questions, and even hotter wings.”

“Teaming up with Olga’s Kitchen has brought two Michigan powerhouse brands together to create one delicious product,” Hell Fire Detroit founder Don Button said in a statement. “Having a consistent presence in Olga’s restaurants is a meaningful way for us to expand our footprint with a sauce that truly packs a punch.”

“We are thrilled to unveil our new Olga with a bold and truly unmatched flavor,” said Tom Ruddy, director of culinary and purchasing at Olga’s Kitchen. “Olga’s has a rich history of innovation — going back to pioneering Mediterranean flavors more than 50 years ago — so we are very excited to partner with Hell Fire Detroit and dial up the heat on our menu. This isn’t yesterday’s flavor.”

More information is available at olgas.com.