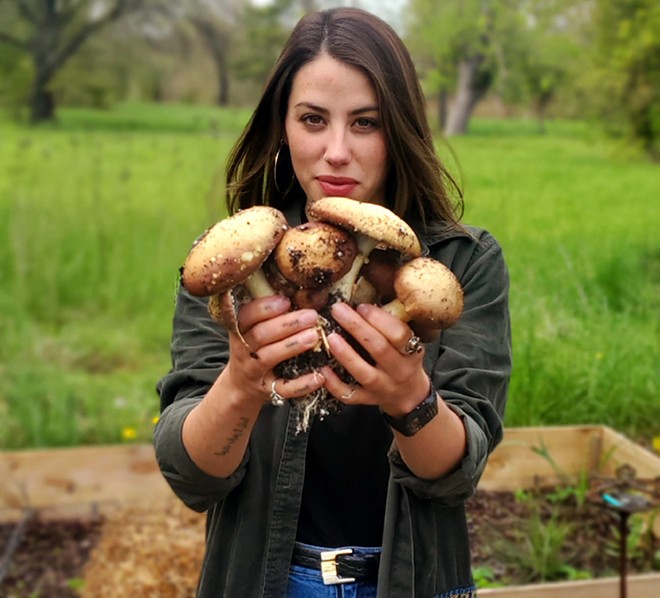 Tess Burzynski loves mushrooms — but that wasn’t always so. She says she became acquainted with them as a child, when her Polish grandfather would take her foraging for the elusive morels in northern Michigan during the spring.

She has since become fascinated by fungi. As a student at Wayne State University, she found that there was still much about the organisms that is unknown to science. “Why do we learn about bacteria and other parts of the microbiology realm, and we know so little about fungi?” she says. “It really just pushed me to kind of dive deeper, and do my own research.”

To that end, she established Fungi Freights, a mushroom farm built on vacant parcels of land in Detroit’s Poletown neighborhood. The “Freights” refers to the repurposed shipping containers that she plans to use to grow mushrooms, and also to host a community center where nearby residents can come in to learn more about science.

Burzynski closed on the property in early 2020 after writing a proposal to Detroit’s Land Bank, and spent the early months of the pandemic cleaning the site up. The space now hosts community workshops and other educational events, and she says the idea is to bring the modular shipping containers to communities to teach people to grow their own mushrooms for food security and economic development.

Burzynski says mushrooms are high in protein, and contain essential vitamins and minerals. “They are kind of a power pack when it comes to nutrition,” she says. “So just incorporating them into your diet in some way, especially if you’re vegan or vegetarian, it can give you a lot of vital properties that you might not get from other foods, especially if you’re not eating meat.”

At the site, she grows mushroom varieties including the garden giant, oysters, and shiitake. “Especially right now in the fall, they love to pop up,” she says. To people who don’t like to eat mushrooms, she suggests they’re just preparing them wrong. “I like to say mushrooms are kind of like chicken,” she says. “Like, chicken really doesn’t have a flavor unless you put that flavor into it. You can spice it, you can marinate it, and you can do the same thing with mushrooms. You can kind of make them taste however you want based on the type of palate you have.” 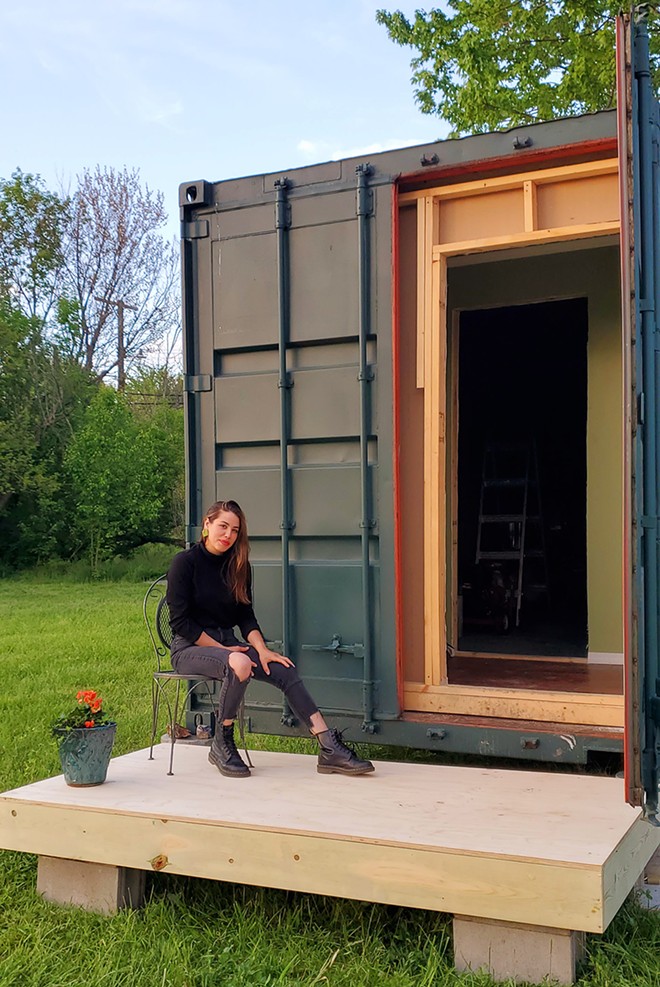 There’s another benefit to ingesting mushrooms. Burzynski says she hit another mushroom milestone as a teenager when she took psilocybin, a fungus known for its psychedelic and euphoric effects. “That solidified my love for mushrooms,” she says. “It really helped me through a lot of things I was going through at that time.”

Burzynski is part of a movement that believes substances like psilocybin can be used as a therapy to help treat depression and other mental health issues. “It really does help to open your mind, and break down those social barriers that kind of society has, to see things for what they are,” she says.

“I think having a substance — especially a natural organism that grows freely on Earth — to be decriminalized, that should never have been a question,” she says. “But the fact that we’re moving toward not penalizing people for this is going to definitely help change those social stigmas around utilizing psilocybin for mental health and overall well-being.”

Burzynski graduated from Wayne State University with a dual degree in microbiology and environmental science, and is interested in how fungi can be used to restore soil health at polluted sites, a process called mycoremediation.

“So that’s kind of where I incorporated the two, working with fungi as an organism as a species, but also being able to connect it to the land and talk about soil health and the role that fungi plays not only for health on a personal level, but health of the environment,” she says. The process could help rehabilitate other vacant properties in Detroit.

Clearly, there is much still to learn about mushrooms.

“I love the strange and peculiar,” she says. “I like to say that fungi have a lot of connections to and reasons why there is life on Earth. So they’re really important — but nonetheless strange.”

She adds, “With fungi overall, it’s just it has become my life, and I am just so happy to be in the position I am to bring it to the light.”

Fungi Freights will be open to the public for a “Fungi Extravaganza” festival from noon-5 p.m. on Saturday, Nov. 5, with live music, art and vendors, a petting farm, and food. The farms are located at 5426 and 5500 Moran St., Detroit. More information is available at fungifreights.net.