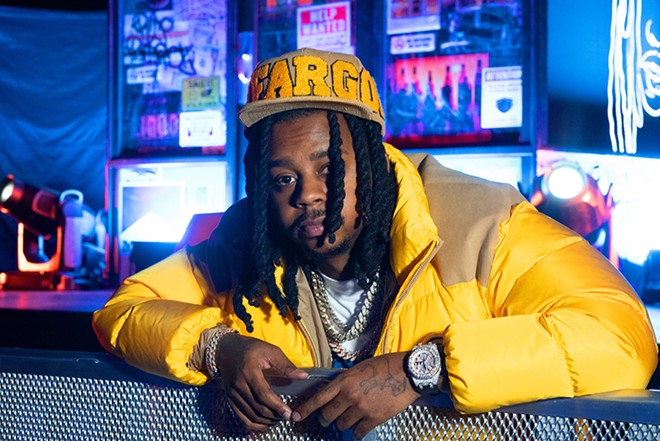 It might be fair to say that 2022 is the year of Babyface Ray.

While he's been rapping for well over a decade, this year his hard work seems to be paying off. He released his critically acclaimed album FACE at the beginning of this year and earned a spot as a part of XXL magazine's 2022 Freshman class.

Well, next month Babyface Ray will go against Bay Area rapper Larry June in a bicoastal clash of the titans. Red Bull announced the return of its SoundClash series, which pits two artists against each other in a musical battle.

An evening with Babyface Ray, the new face of Detroit rap

“I’m just excited to put on for the D and show the world what we all about. History in the making! It’s gonna be something special, for sure. We wanna thank Red Bull for putting us on to this," said Babyface Ray in a press release.

There will be two rounds, with each artist getting the opportunity to rock the stage in their hometown. The battle is all in good fun though: Larry June and Babyface Ray will also perform their collaborative track "Extra of Um" that was released on Larry June's Spaceships on the Blade album in August.

The first round will be in Detroit on Saturday, Oct. 15, at the Russell Industrial Center, 1600 Clay St., Detroit. Tickets are $25 and can be purchased online at redbull.com/events. There is a purchase limit of four tickets per customer.