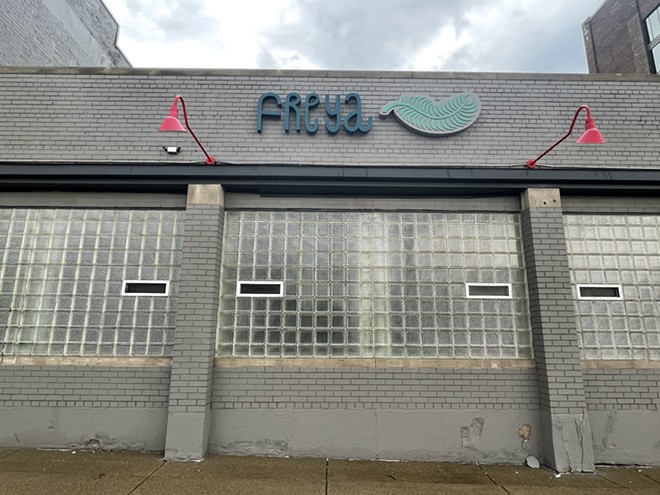 It may not look like much from the outside, but inside Freya's got it going on.

The new-ish Detroit restaurant made The New York Times list of "50 places in America we’re most excited about right now."

Some highlights include quail in molasses and maple brine, sweet corn agnolotti with walnut pesto, and lamb loin.

"Located in a neighborhood where the bones of the city’s past economic might are still visible, Freya’s resourcefully repurposed building is a sign of more recent resilience," he writes. "Inside, the soundtrack is chosen by diners from a collection of vinyl records listed in a bound volume, like bottles of wine; Motor City artists are well-represented. And still the thing that feels most Detroit about the place is its food."

Freya opened in November of 2021 and is the only Michigan restaurant to make the list. Its sister bar Dragonfly, which is located in the same building, provides cocktails for the restaurant.

Both are operated by the same owners of Chartreuse Kitchen & Cocktails, Sandy Levine and Douglas Hewitt.

Freya is open for dinner Tuesday through Saturday, 5-9:30 p.m.