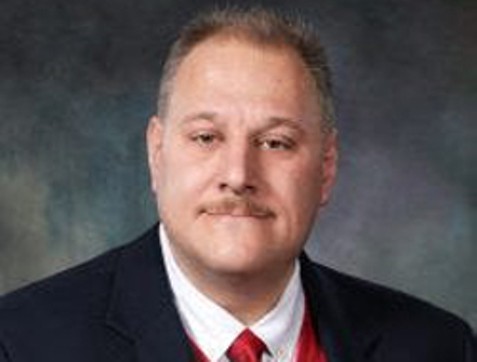 Councilman Eddie Kabacinski was sentenced to just one year of probation and required to attend anger management classes. If he complies with the terms of probation, his conviction could be dismissed.

Kabacinski had pledged to take the case to trial but instead entered into a plea agreement in which charges of impersonating a police officer and assault and battery were dismissed in exchange for him pleading guilty to a reduced charge of disturbing the peace.

After his arrest in October 2020, Kabacinski had two more run-ins with police.

In September 2021, Kabacinski’s colleagues on the council called on state officials to consider disciplinary actions against him after he was arrested for a second time in late August for selling Trump-related merchandise without a permit in Utica.

Kabacinski was arrested for a third time for refusing to don a mask inside the former TCF Center in downtown Detroit. Kabacinski and a bushy-bearded cameraman wearing a Make America Great Again hat marched into the building without masks en route to a public hearing on redistricting. Detroit police stopped Kabacinski and said he must wear a mask, pointing out the building was used as a vaccination site.

Kabacinski, who was wearing a “Conservative Values Matter” shirt, identified himself as a Warren councilman and called the officers “Gestapo” while demanding to enter the meeting maskless. After about a minute of back-and-forth with the police, he was handcuffed, whisked into a squad car, and taken to jail.