The popular TED event will return to Detroit in October 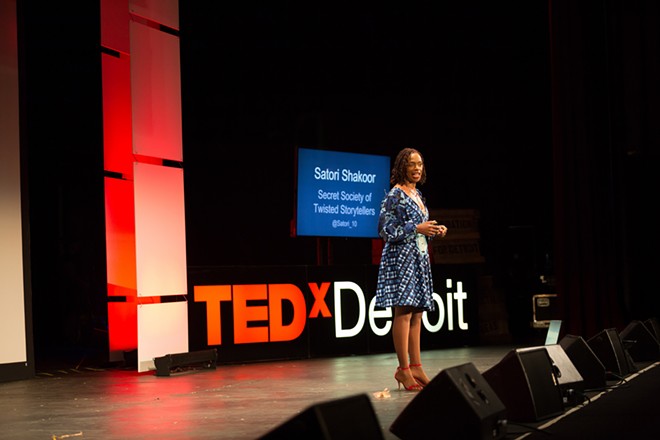 TEDx is returning to Detroit and has announced its first set of speakers for 2022.

On Oct. 26, TEDxDetroit will take center stage at Detroit's Music Hall Center for Performing Arts with an initial roster that includes some familiar faces.

Confirmed speakers include Rochelle Riley, former Detroit Free Press columnist and the City of Detroit's current Director of Arts and Culture; Sarah Welch, head chef at Marrow and a Top Chef contestant; Swamy Kotagiri, CEO of Magna International; and Benji Rosenzweig, a father of a special-needs daughter who will speak on how non-verbal communication is enhanced through music.

The TEDx series first came to Detroit back in 2009, and has since featured more than 250 innovators, educators, filmmakers, and more.

“The team is thrilled to be bringing TEDx back to Detroit for the 14th time. Every year we fill the stage with innovators, motivators and ‘do greaters’ who make us all proud to call this area home,” TEDxDetroit executive producer and community director Terry Bean said in a press release. “We have another stellar slate of presenters who will show the diversity, creativity and leadership of Detroit, and I can’t wait for October 26th at the Music Hall.”