Gov. Gretchen Whitmer can breathe a little easier Tuesday after two men who plotted to kidnap her were convicted by a jury.

The verdict against Adam Fox, 39, and Barry Croft Jr., 46, came about four months after jurors were deadlocked in a previous trial.

“Today’s verdicts prove that violence and threats have no place in our politics and those who seek to divide us will be held accountable,” Whitmer said in a statement. “They will not succeed.”

The case was no slam-dunk for prosecutors. In April, co-defendants Daniel Harris and Brandon Caserta were acquitted on related charges.

Two others, Ty Garbin and Kaleb Franks, pleaded guilty and testified against Fox and Croft as part of a plea agreement.

This time around, the 12 jurors deliberated for about eight hours over two days and found Fox and Croft guilty of kidnapping conspiracy and conspiracy to use weapons of mass destruction.

They face up to life in prison.

The six men were arrested in October 2020 and accused of hatching a plan to kidnap Whitmer and ultimately trigger a civil war. They were angry about Whitmer’s mandates to stop the spread of COVID-19.

To train for the kidnapping, the group built a makeshift house to resemble the governor’s vacation home in northern Michigan. They also had weapons and kidnapping supplies, like guns and a hood to cover Whitmer's head. 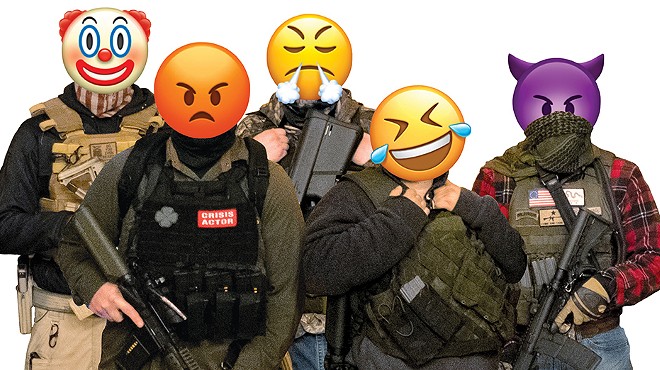 Plot against Whitmer shows domestic terrorism is a threat — and the calls are coming from inside the White House: Don’t feed the trolls


Attorneys for Fox and Croft insisted they were entrapped by FBI informants.

The jury didn’t buy it.

In a statement, Whitmer said it’s critical to reflect on the role politics is playing in stoking violence.

“We must also take a hard look at the status of our politics,” Whitmer said. “Plots against public officials and threats to the FBI are a disturbing extension of radicalized domestic terrorism that festers in our nation, threatening the very foundation of our republic.”

“Today’s outcome ensures that those who threaten to kidnap and kill public officials will be held accountable for their crimes under the law,” Gilchrest said in a statement. “When we took our oaths of office, we committed to serving all Michiganders. Violent extremists have tried to scare us and prevent us from doing our jobs, but they will not win. We will keep working hard, standing tall and standing tough, and living up to the oath we took.”

Gilchrest called on parents and leaders of all kinds to speak out about violent extremism.

“Our differences must never be settled through violence,” he said. “We need to be honest and clear about what causes violence by extremists and do all we can to address the root cause of it. Elected officials, parents, teachers, faith leaders, all of us have a duty to stand up to these hateful actions and teach our kids that there is a better way.”