After growing up in Detroit’s cannabis black market, Tre Hobbs has officially launched his brand Neighborhood Essentials in Michigan 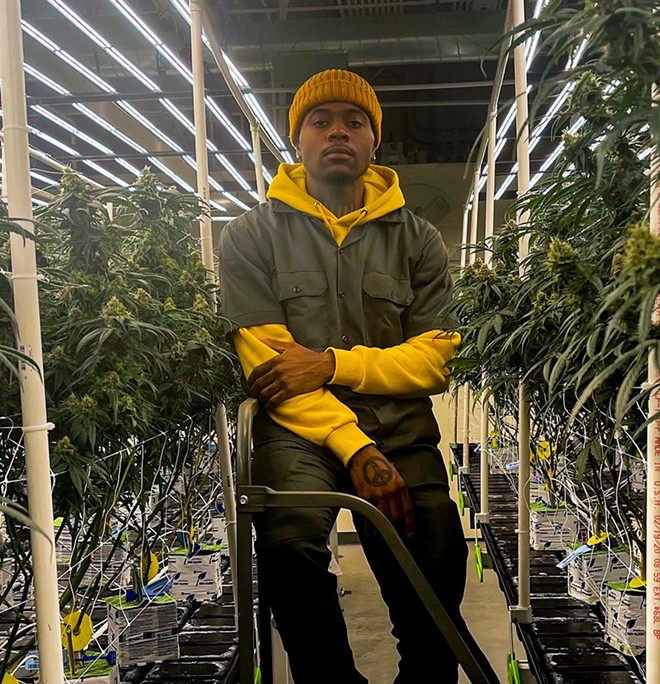 Tre Hobbs was born and raised on Detroit’s east side, where he says he got an early look at the city’s cannabis black market.

“I’ve been around weed my entire life,” he says. “Like, from as young as I can remember, my people was growing it in the basement, and then selling it on the streets. I seen it go from seed to sale at a really young age.”

Instead of entering the black market himself, Hobbs got into football, and says he was on track to go pro until an injury cut his career short. When doctors prescribed dangerous opioids to treat his pain, Hobbs started looking at the healing properties of cannabis.

“I got hurt and they tried to throw me on a bunch of different prescription meds and stuff like that, but that wasn’t really my thing,” he says. “So I ended up educating myself on the plant, what it can do to heal, and the mechanics behind the plant … I started to use it to heal myself.”

The Michigan launch comes after a previous launch in California, where Hobbs developed his brand. He says he’s grateful for the social equity opportunities he’s encountered along the way. Recognizing the harm that the racist war on drugs has done to Black and brown communities, social equity programs give entrepreneurs from those communities a leg up to enter the new legalized cannabis industry, which is dominated by corporations.

For Hobbs, those included mentorship from the Our Dream’s Our Academy program, and a social equity partnership through California-based cannabis company Eaze. Hobbs says he was the only applicant from the Midwest in the program.

“I know some people look at social equity as a handout, but that’s not it at all,” he says. “Honestly, we put in the same — if not more — work because we have to, we operating with less. We have to actually learn how to maneuver and educate ourselves on how to move in a market that's run predominantly by big corporations with a lot of money.”

“Equity isn’t just like something on that’s on paper. Equity is hope. People see me, and they know that they can do it.”

He says he plans to launch Neighborhood Essentials in Nevada and New York in the coming months.

For now, Neighborhood Essentials products are only available in Michigan in cities like Lansing and Kalkaska. Hobbs says he’s working to bring his products to Detroit.

While many communities in Michigan have legalized cannabis for adult use, in Detroit efforts have been slowed down by a botched cannabis ordinance whose social equity provisions have been challenged as unconstitutional by cannabis companies.

“I think Detroit needs to go back to its roots,” he says. “Like in Detroit, our culture is really a Detroit vs. everybody thing. When you run around Detroit, like growing up, you will always hear Detroit artists playing out of people’s car, not a lot of people from other states. It’s like a real pride in our culture. So I think we really need to get back to our roots and stop allowing money to dictate our decisions.”

He adds, “We got everything we need in the city, because that’s what been the real issue — outside money coming in, and everybody else gets pushed aside. They dictate the regulations based off these people from the outside.”

More information is available at instagram.com/neighborhoodessentials.