Although the symptoms are similar to parvovirus, tests on infected dogs have come back negative

Shutterstock
Dozens of dogs in Michigan have died from a mystery illness.

A mystery illness has killed dozens of dogs in central and northern Michigan as local, state, and federal agencies scramble to learn more about the disease. 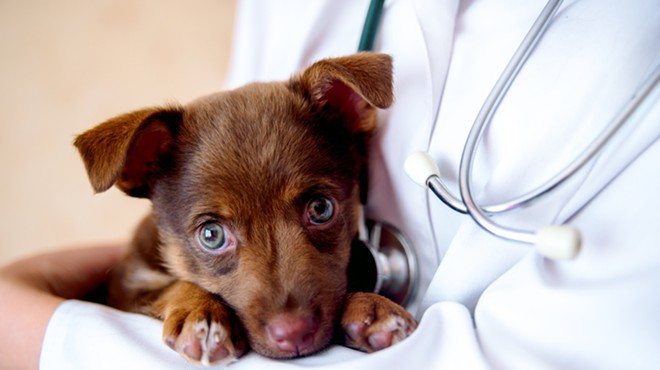 The mystery behind a rash of dog deaths in central and northern Michigan has been solved: The illness has predominantly killed puppies and elderly dogs

“We are still in the early stages of this investigation, but some of the first samples submitted to the Michigan State University Veterinary Diagnostic Laboratory were positive for canine parvovirus. However, there are more results pending and more to be learned,” State Veterinarian Nora Wineland said in a statement. “When MDARD first learned of these cases in northern Michigan, we immediately reached out to the veterinarians and animal shelters involved and began our response efforts. Protecting animal and public health is one of the department’s key pillars, but it is a team effort. Dog owners need to ensure their pet is up to date on routine vaccinations as it’s the first step in keeping your pet healthy.”

The illness has killed more than 20 dogs in Ostego County and more than 30 dogs in Clare County.

“This is not just Ostego County,” the Ostego County Animal Shelter said in a statement. “We have heard of many counties around northern and central Michigan that are effected.”

The illness is most common among dogs under 2 years old and elderly canines, the shelter said, adding that it hasn’t been detected in dogs that have been “properly vaccinated.”

The symptoms are vomiting, bloody diarrhea, lethargy, and loss of appetite.

Although the symptoms are similar to parvovirus, tests on infected dogs have come back negative for the virus.

“We have also talked with the State Veterinarian, the Michigan Department of Agriculture and Rural Development and a necropsy was done at Michigan State University Veterinary Diagnostic Laboratory in Lansing,” the shelter said. “No one has an answer. The best ‘guess’ is that this is a strain of parvo.”

State officials are encouraging dog owners to keep up with routine vaccinations and immediately take the animal to the vet if symptoms show up.