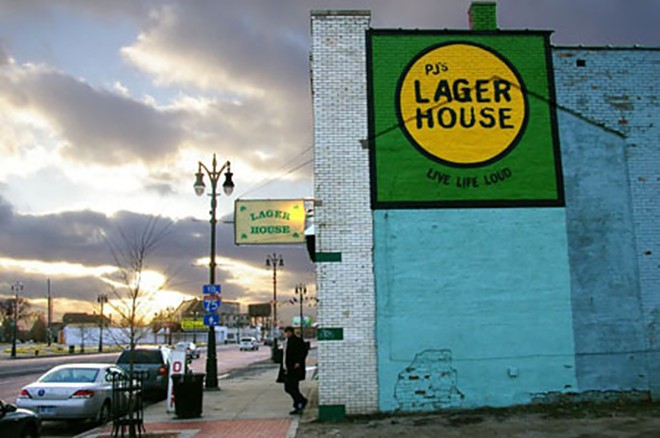 Metro Times archives
It's the end of an era at PJ's Lager House.

PJ’s Lager House has announced the details for its third “End of an Era” concert series show before it gets sold to new owners.

The show is scheduled for Tuesday, Sept. 13 and will feature all performers who worked at the long-standing Corktown bar and music venue over the years, or their family, organizers say. “This one is a little special in that all of the bands are employees with or related to PJ’s Lager House,” the event organizers said in a statement. “PJ’s has presented some amazing bands over the years, and many of them have had members who are part of the PJ’s crew.”

Curtis Roach: a TikTok-famous rapper whose mom Martha is a PJ’s bartender.

The Reelers: a band fronted by Kowalski that is reuniting after Uncle Kracker poached its bassist and drummer for its first show in five years — and final show ever.

The show joins two previously announced “End of an Era” concert series shows, including a Friday, Aug. 26 show featuring Timmy’s Organism, the Cheetahs, the Chris Casselo Trio, the Firewalkers, and the Vibrations; and a Sunday, Aug. 28 show featuring soul singer Melvin Davis, who is celebrating his 80th birthday, along with the New Orleans-inspired Gabriel Brass Band.

Other “End of an Era” concerts are planned for Saturday, Sept. 17 and Saturday, Oct. 1, though the lineups have not yet been announced.

Last month, owner PJ Ryder announced that he was working toward selling the business to the owner of the next-door building that houses the James Oliver Coffee Co.

This post has been updated to make clear there are five concerts planned for the “End of an Era” series.