Interactive art by 13 artists will be spread across Detroit, Ann Arbor, and Battle Creek in second annual event 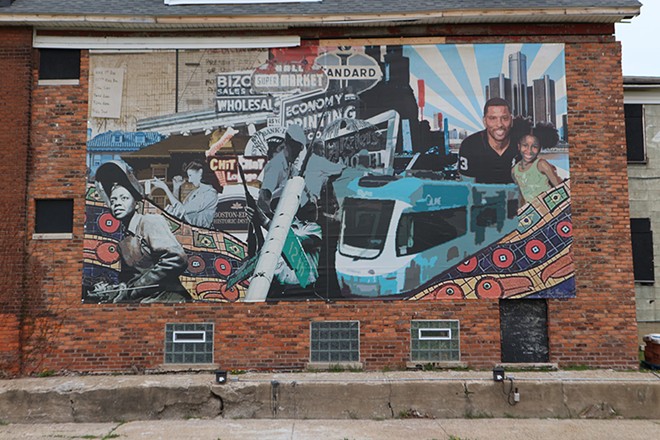 Electrifly Detroit’s Augmented Reality Mural Festival brings public murals to life before your eyes. This year the interactive festival is back for its second installment with work from award-winning metro Detroit artists like Hubert Massey, Olivia Guterson, and Mike Han.

It’s more of an “experience” than a festival. Scanning featured murals with the Electrifly Augmented Reality Art App will animate them, allowing viewers to interact with the artists’ themes and characters. Some of the murals are the same as last year, but several new ones have been added in Detroit, Sterling Heights, Battle Creek, and Ann Arbor. The interactive feature will be live until Oct. 31.

In Detroit, there’s Hubert Massey’s “Rising Strong” mural at the Karasi Education Center in the Boston-Edison neighborhood, and Oliver Guterson’s “Teach Me How to Listen” in Capitol Park. Mike Han’s “Perspective” can be scanned at Ann Arbor wine garden and bar York.

“Electrifly Detroit allows people to experience and interact with art in a new 3D perspective. You’ll never have the same experience twice, and with the camera built into the app it’s super easy to share photos and videos with friends,” said Malik Mattan, co-founder of Detroit-based Electrifly Co. in a press release.

Electrifly partnered with Ann Arbor-based augmented reality platform BrandXR for the immersive public art festival. BrandXR CEO Moody Mattan said in the release they brought the free summer experience back for a second year since it was such a success in 2021. 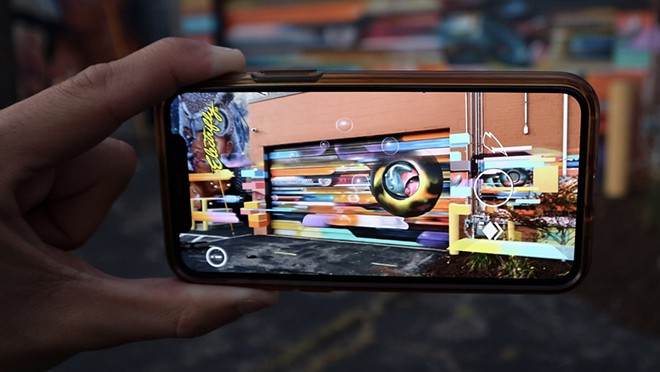 Check out the full list of interactive murals and their locations below.