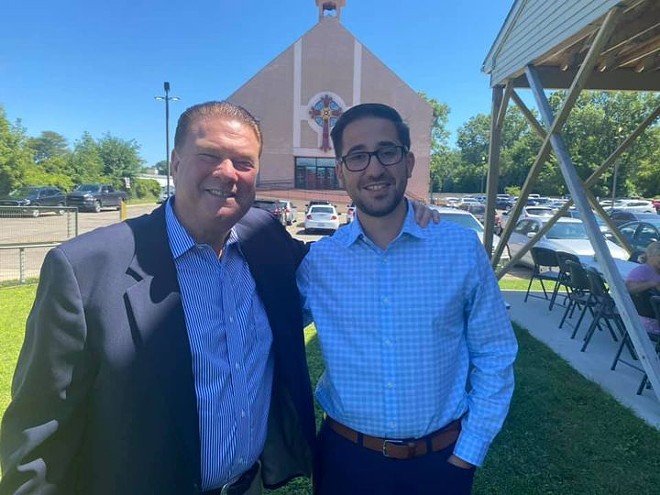 Paul Manni, 27, lost the November 2021 election for one of six seats on the council.

When the clerk’s staff called the voters to verify if they were applying for absentee ballot applications, nine of them said they were not.

The clerk reported the suspected fraud to the Michigan Bureau of Elections, which investigated and referred the case to the Attorney General’s Office.

Manni was charged with nine felony counts of forging signatures on absentee ballot applications and nine misdemeanor counts of making a false statement on the applications.

He faces up to five years in prison.

“These charges prove the state’s signature matching standards and other election security checks and balances catch instances of wrongdoing, prompt thorough investigations and result in appropriate action,” Nessel said. “I appreciate our ongoing partnership with the BOE to root out attempts to undermine our elections.”

None of the applications resulted in a ballot being sent to a voter, Nessel said.

Manni lost the election by more than 1,300 votes, finishing eighth out of 12 candidates.

“I appreciate the diligent work by the state attorney general’s office and our city clerk’s office to identify and root out this fraud,” Radtke tells Metro Times. “This shows that if you cheat in our elections, you will be caught.”

Last week, Manni was elected to serve as a precinct delegate for the Republican Party.

Also last week, Nessel’s office requested a special prosecutor to investigate allegations that her opponent Matthew DePerno and other Republicans “orchestrated a coordinated plan to gain access to voting tabulators” that were illegally taken from county clerks.